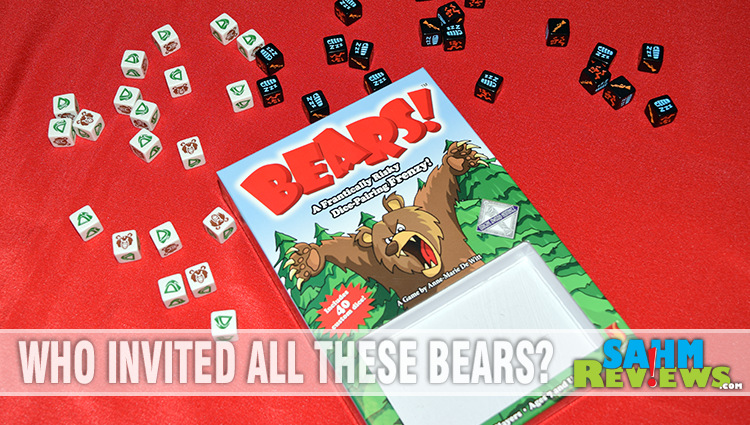 Text messages tend to be the bane of existence for many people. They find them annoying and disruptive. As a parent, I have to agree that there are rules of mobile etiquette that should be followed. As an example, we don’t like to interrupt the girls at school unless it’s something really important. We’ll shoot them text messages during lunch or on the bus ride if it’s not time sensitive. But in some cases, we have no bones about shooting one off mid-day to have it waiting for them the next time they look at their phones.

Last week was one of those times. The Chicago Bears released Cutler from his contract. Okay, so it isn’t an emergency, but over the years we’ve watched the Bears release quality players while hanging onto Cutler. With every announcement, we groan… including the girls. Not this time. It was the sound of hope that maybe the Bears could someday make us proud like when the Chicago Cubs won the series.

All this talk got us thinking about the Bears! dice game from Fireside Games. The theme isn’t about the football team, but something more outdoorsy… camping! It includes Bears (of course), sleeping campers, guns, campsites and running for your life. The goal is to match the right things together!

Bears! accommodates 2-4 players ages 7 and up. Each person is given 5 Player Dice. For each player, 5 Camp Dice are combined in the center of the play area. At the beginning of each round, all the Camp dice are rolled. 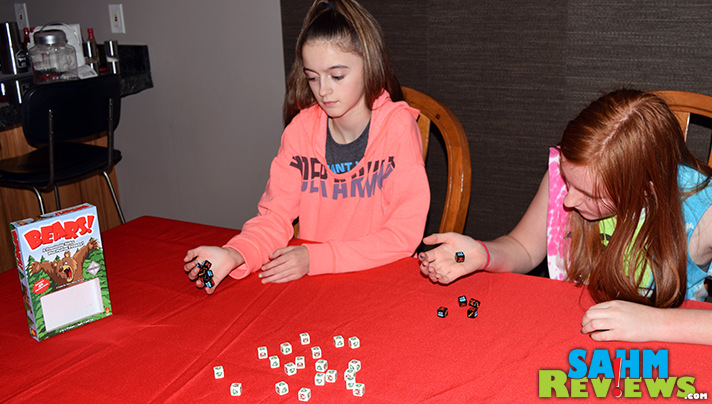 Then all players simultaneously roll their own dice and race to match them with the appropriate Camp Dice by picking up one Camp Die at a time. Players can continue to reroll their die as often as they like but once they are paired they are locked in. The rolling and matching continues until the last bear or the last tent is grabbed from the pool in the middle. So you’re probably asking… match what with what? 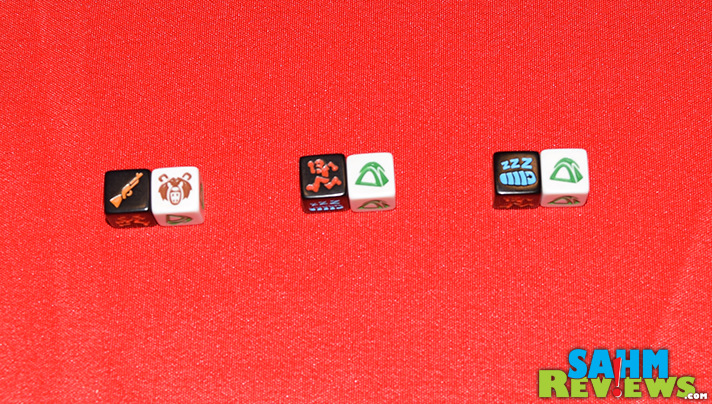 So glad you asked! The matches have to make sense for it to count. A gun on a player dice needs to match up with a bear whereas running should match to a tent. Running and a bear is a recipe for disaster – as is a gun and a tent so don’t match those with each other as they result in negative points! For each gun/bear pair, the player earns 1 point. Each runner/tent pair earns 2 points. Sleeping campers can be matched to campsites as well, but scoring varies based on what players weren’t able to match up. If there are unmatched tents when the round is over then each sleeping camper/tent combo earns the player 5 points. If there are bears left in the campsite at the end of the round, then it means trouble for the campers who are still in their tents so any sleeping camper/tent combos count as -2 points. It’s possible to score negative points at the end of a round if you aren’t careful. 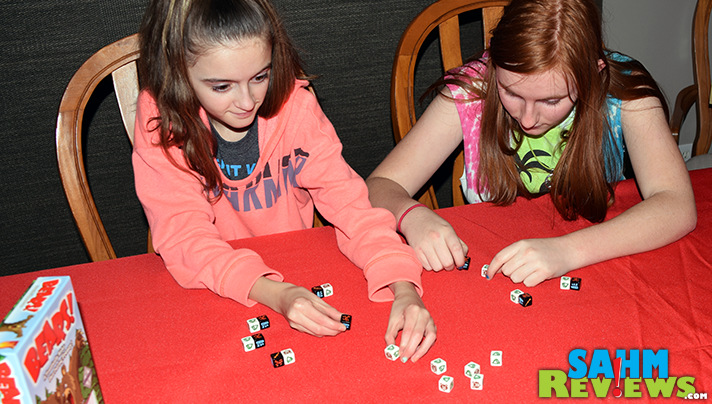 The goal is to get to 100 points (or more) so rounds involve rolling, matching and scoring then the process repeats. That’s all there is to it which makes games last only about 20 minutes! This portable game is great for playing when time is tight or in between more in-depth games.

You can pick up a copy of Bears! dice game on Amazon for under $15 or direct from Fireside Games. Learn more about Fireside Games by visiting their website or following them on Facebook or Twitter. They even have an expansion available to mix things up a little.

Have you ever been camping or seen a real bear?