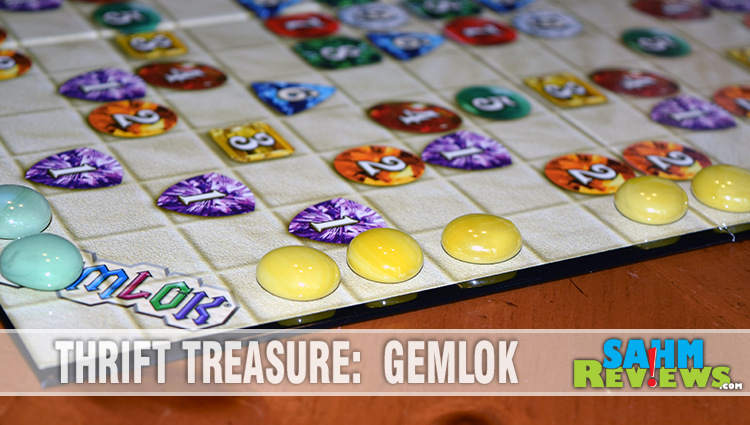 It’s been a little over a year since we’ve featured a game by Pywacket. That should come as no surprise as they only issued three games during their short-lived existence. We covered Keesdrow in February of last year, also a Thrift Treasure find. Recently we found a copy of Gemlok at our local Goodwill and were excited to discover it was complete. 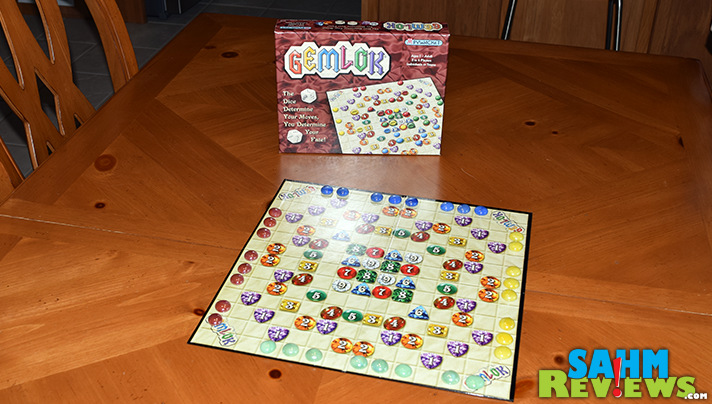 We had run into Gemlok at thrift a couple times in the past, but they were always missing a piece or two. And because they are custom-labeled pieces, it wasn’t something we could easily replace from our extra parts bin. So until now a complete copy had escaped us.

Gemlok is an abstract game designed for up to four players. Each person controls eight colored glass beads trying to get them to gems on the board of differing values. Gemlok also includes two custom dice with directional arrows on each side (except the sixth face, which we’ll talk about in a minute). 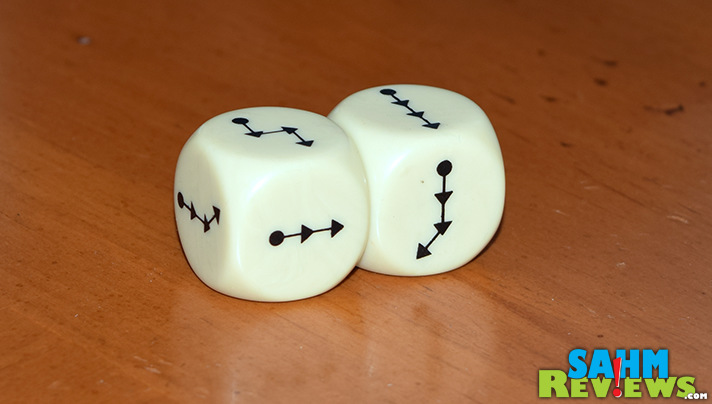 On your turn you’ll roll both dice and move one or two of your beads according to the resulting diagram. You can move one bead twice (both dice), or split the dice up and move one bead for each die. Ultimately you want to land on gems of the highest available value, those being in the middle of the board. 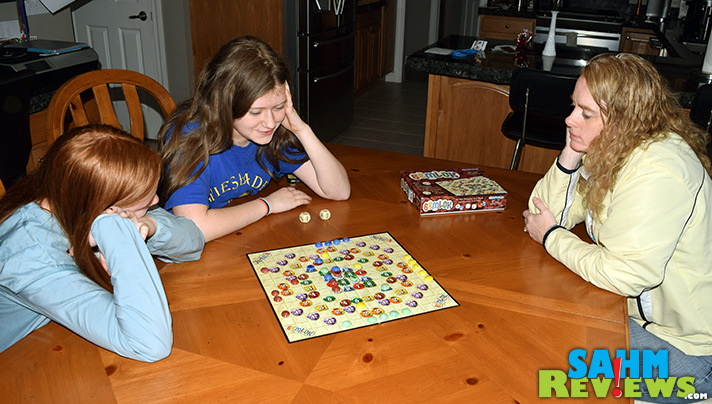 The interesting strategy lies when you land on another bead, either another player’s or your own. This allows you to “bump” that bead into any unoccupied space within three spaces of its original spot. Land on an opponent and you’ll want to move them to a spot further away from the center. Bump your own and you will probably choose one of the open positions in the center. 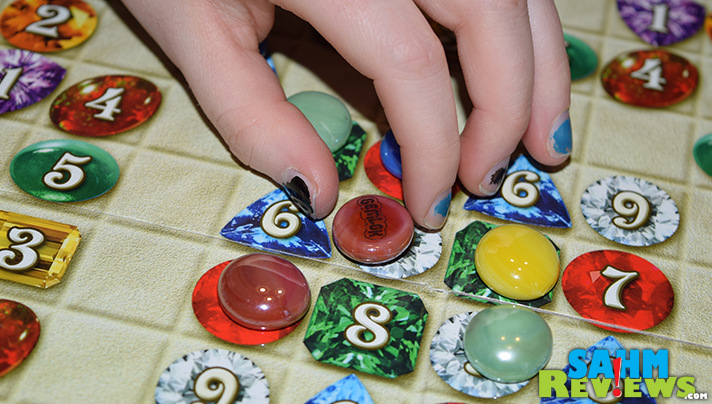 Imprinted on the sixth face of each die is the word “Gemlok”. When rolling one of these, you must “lock” one of your beads by turning it upside-down, revealing the same “Gemlok” on the underneath. This locks your piece in place and cannot be moved or bumped for the rest of the game. The key here is “must”. You may or may not be ready to lock one where it rests, but if you roll “Gemlok”, you have to lock one where it sits. 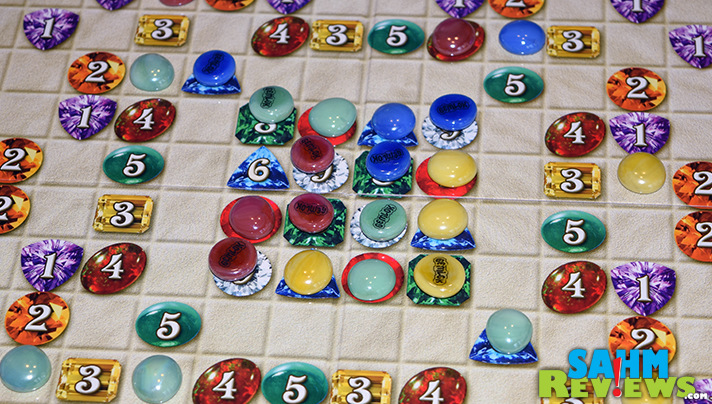 Everyone takes turns rolling and moving until either one person locks all eight of their beads or after the 10th round someone calls “last turn”. This is key, because you’ll only want to make the call if you’re sure you can survive as leader through the other players each getting one last turn. While locking an eighth bead ends the game immediately, calling “last turn” still gives all other players one shot at taking the lead.

Gemlok is one of those mediocre games that probably could have stood the test of time with better marketing or being published by a more stable company. Just like Keesdrow, you’ll still find copies on Amazon from 3rd party sellers, but will probably save a few bucks by looking on eBay. If you’re in the market for an evenly-matched 4-player abstract game, Gemlok is certainly worth a second look.