I was just a kid when I realized how much I loved puzzles. That passion wasn’t limited to assembly of complex or pretty pictures, but extended onto paper as well. From jigsaw to logic puzzles, cryptoquotes to word seeks, I couldn’t get enough.

During a visit to see my grandmother who shared my interests (or rather, I shared hers), she let me use a word seek book like I had never seen before. It wasn’t like the one in the newspaper, this one had you wiggling your way through to find different words. The only thing you couldn’t do was loop over an existing pathway. When I see word seek books at the bookstore, I always look for ones that aren’t the traditional linear puzzle. They still intrigue me and are more challenging than a typical word seek puzzle. 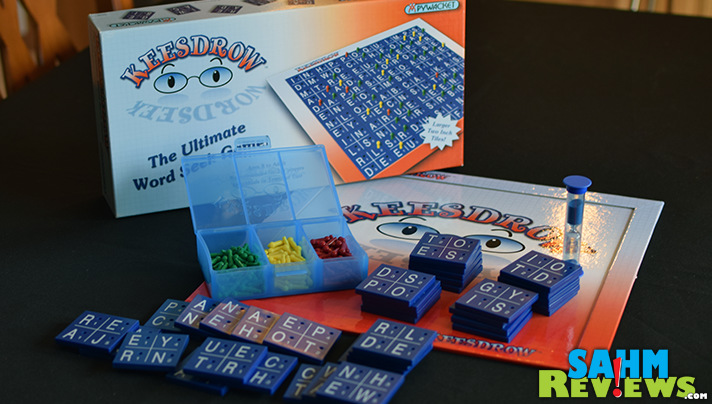 So image my excitement when we found a board game that incorporated that same search style. At $1.88, Keesdrow couldn’t get into our thrift store basket fast enough. Whether you are a wordsmith or not, you probably already noticed that Keesdrow is “wordseek” spelled backwards. 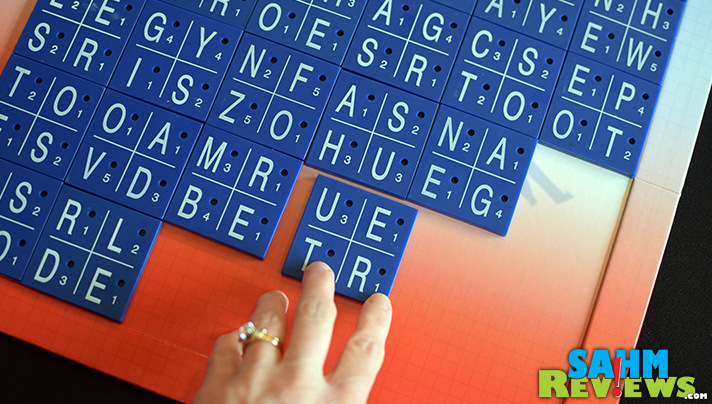 What is amazing about this game is the design, which provides endless combinations of layouts resulting in incredible replay value. With elements of Boggle and Scrabble, Keesdrow was released in 2005 by Pywacket Games and includes 36 four-letter, double-sided tiles. We’ve played it with two people as well as six but haven’t tried teams yet. With alternate rules for play, the diversity of this game is pretty fantastic. 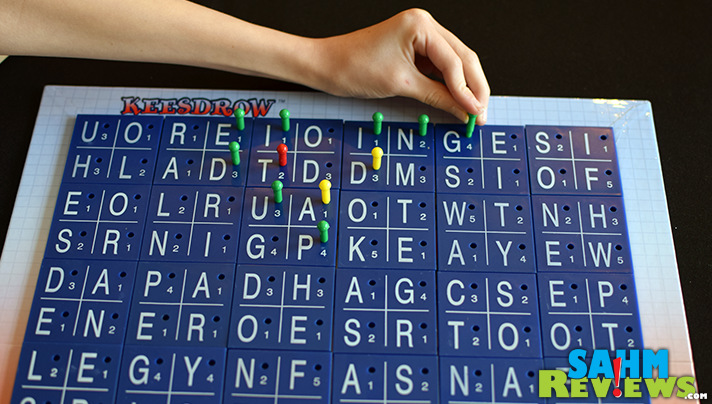 The basis of the game is to locate words among the connected letters on the tiles. Unlike other word seek style games such as Boggle, this one allow you to use each letter on the board up, including repeating those letters in the same word.  The catch is that each letter can ONLY be used up to three times. Green indicates that it has been used once, yellow twice and red means tough luck. You can have the perfect word but if your opponent uses one of the letters, it can completely throw you off! 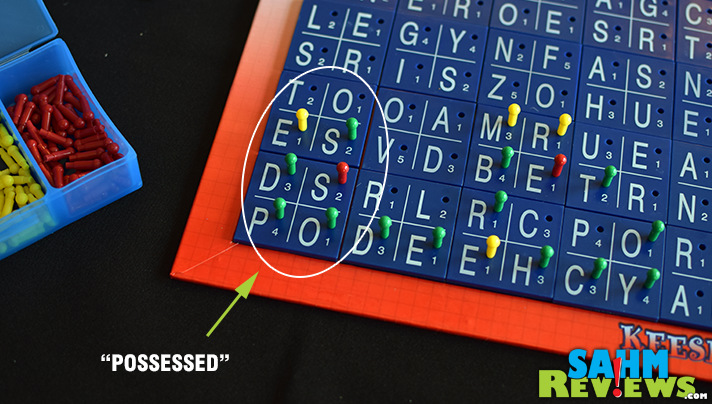 Of course, what makes this a game instead of just a word seek is that there are scoring options. When we played with just two of us, we opted to keep the scoring straight-forward. A letter with a value of 2 was worth 2 each time it was used. When we played with six people, we utilized advanced scoring rules where the value of the letter increased depending on how many times it was used. The first time, it carried the weight displayed on the tile, when it was used the second time it scored double and the third, triple. In the example above, the word “possessed” was created but one letter “s” was used three times while the second “s” was only used once. Using the same one three times made it worth 2 the first time, 4 the second and 6 the third. 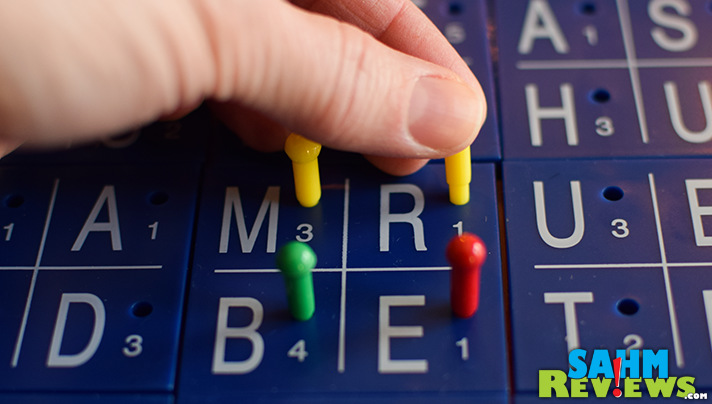 There are a variety of strategies to use as well including average words with duplicate letters, bigger words using high-value letters or small words with a goal to prevent opponents

I found the two player game to be more enjoyable because the lag between turns was very short whereas with more people, it took quite a while before getting to play again. I can see how teams would be the way to go for larger groups. As I mentioned to Scott, I could see myself playing this by myself to appease the puzzle urge.

Keesdrow is available in limited supply on Amazon but is plentiful and more affordable on eBay. Then again, you might get lucky like we did and find it at the local Goodwill.

Are word seek puzzles and word creation games a strength for you?