Here’s something most of us can’t say every day – “I own all the games this company made!” And I get to add the phrase, “and I bought them all at thrift stores!” Such is what happened to us with Pywacket, a game company that existed in the mid-to-late 2000’s.

We first found Keesdrow and featured it in early 2016. An interesting take on word games, it was fun for the first few plays, but hasn’t seen much action since. Then just a couple months ago we came across a second title from the same company, Gemlok. We weren’t as impressed as when we first played Keesdrow, but surprisingly it has held up a little better, getting to the table about once a month.

Last week we came across a hardly-played copy of Cromlet, the third and final offering from Pywacket during the flea market portion of Geekway to the West. I ended up purchasing it in a bundle of twenty games (yes…twenty) for only $35! While not a true “Thrift Treasure” since it wasn’t discovered at a thrift store, we felt that a flea market setting was close enough for inclusion in our series. 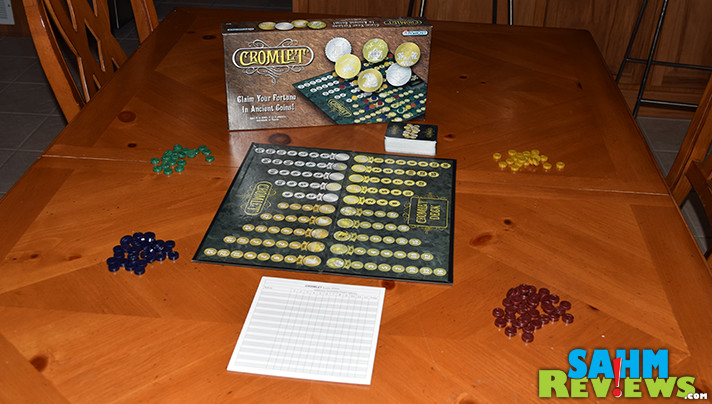 Cromlet turned out to be an interesting combination of both card and board game. Players are coin collectors, and the game features twenty different fictional coins to add to your collection. Each coin type is available in different quantities, and deciding when to collect them is the basis of Cromlet.

The included deck contains 105 cards, one for each coin spot on the board and five wild cards. Up to five players are each dealt seven cards, and on their turn decide which card to play. In order to fill up the board, you play a card and place one of your tokens on the corresponding space. Sounds simple, right? 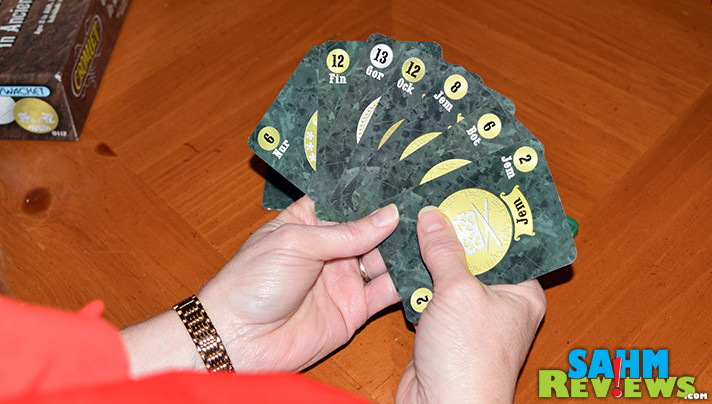 But in order to claim the coins, all of the lower-valued spots must already be filled. So, if you have a card that is the lowest in the column, it must be played. If you do not have any, simply play your choice of card and put your token on it. But in this case you cannot claim any coins.

The numbers on the cards (and board) represent piles of coins. Obviously you prefer to claim a higher number rather than lower. All coins are valued equally, but are available in different quantities. Plus, once someone claims a coin, no one else may claim that particular one. So Cromlet is technically also a push-your-luck game, as you’ll want to judge when is a good time to claim and when is a good time to pass on that option. 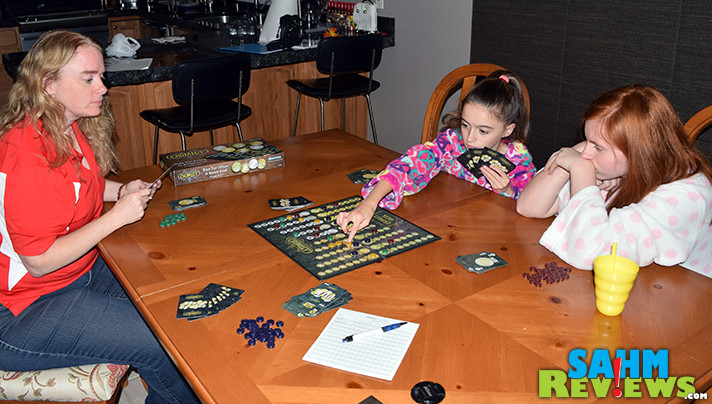 Depending on the number of players, there is a limit to how many different coins you may claim. For instance, in a 5-player game, you may claim no more than four coins. This adds to the complexity as you don’t want to claim too low too early, but don’t want to be shut out when someone else claims the one you’re saving up for. 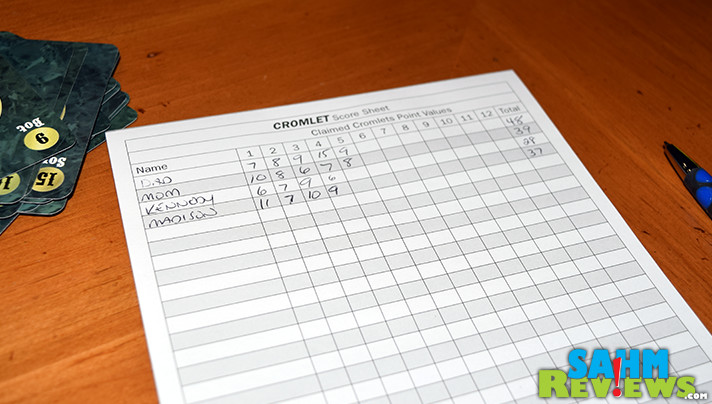 Cromlet ends when a player can no longer play a card following the normal rules. This typically happens only when the draw deck is completed, and ends the game immediately. The player who has collected the highest quantity of coins is the winner!

Certainly not the greatest game ever made, but we found Cromlet to have unique mechanics we hadn’t seen in any other board games. It is simple to teach and will probably get a few more plays at our house before it gets shelved into the collection. There are still a couple new copies on Amazon, including a variation with 24 different coins. You can also find new and used copies on eBay.

Have you ever played any of the games by Pywacket?