Would you be surprised to hear that our Friday game meetups continue to grow? Likely you aren’t and you shouldn’t be. It’s good, clean fun and it doesn’t cost anything to attend. The attendance numbers vary based on the time of the year, but even during peak times, we see different people from week to week. The numbers range from a slow night of around 30 to a good night at about 60.

One of the reasons for the success is the variety of games that people bring:

We’re a pretty clean cut group, but sometimes it is nice to have an excuse to be the bad guy. Thank goodness Overworld Games has us set for those themes!  Like games revolving dirty cops, pickpockets or smuggling booze.

In recent months, we’ve played a game about pick pockets at our weekly game meetup as well as Geekway to the West convention. Don’t worry, it isn’t as devious as it sounds. Exposed, however, does require some skills in deduction to figure out what the other players are up to. 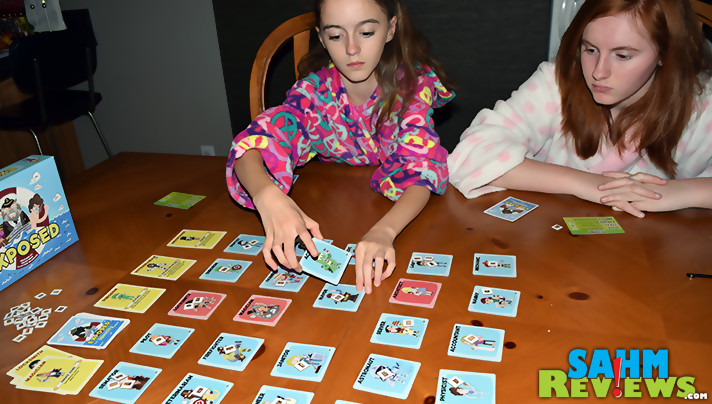 The Guest tiles are set out in grid form as determined by the number of players and a designated number of marks are unveiled. A wallet token is placed on each tile to represent the valuables that person carries. Each player is secretly assigned an identity that they are trying to keep from being exposed! 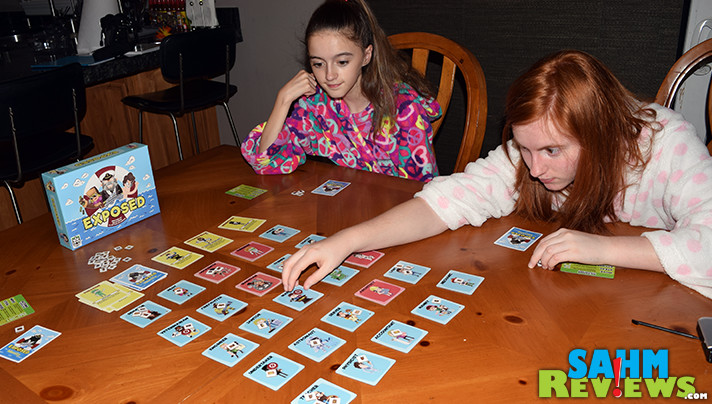 On a player’s turn, they can move, steal, expose or snitch. Stealing means the player takes a wallet from any Guest that surrounds them. To keep opponents from pinpointing your identity, players can move the guests around. Exposing and Snitching are ways in which Guest tiles are flipped in hopes of flushing out the other criminals. The first player to successfully acquire seven wallets OR be the last remaining unexposed player wins. You won’t feel like you’ve been pick-pocketed if you grab a copy for under $15 on Amazon.

Hidden role games are often a challenge for me because I just don’t have a poker face to pull it off. Games that have more options than a simple pass/fail to a question make it easier for people like me to successfully join the party. Good Cop Bad Cop accommodates up to 8 players which makes it perfect for larger settings. At around $12 on Amazon, it’s also extremely affordable! 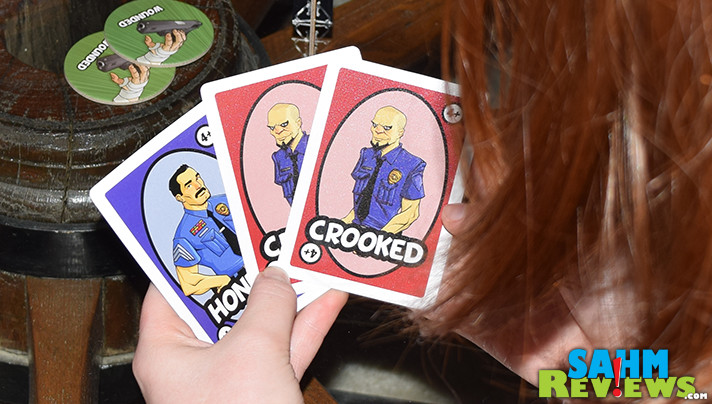 All players are assigned an identity which either aligns them with the Agent (good guy) or the Kingpin (duh, bad guy). The goal of each team is to locate and eliminate the leader of the opposing team. At the same time, they are provided with integrity cards which allows each player the opportunity to hide if they are honest or crooked. In other words, an Agent can appear to be Crooked and a Kingpin appear to be Honest simply based on their integrity. That’s pretty much how it is in real life, isn’t it? 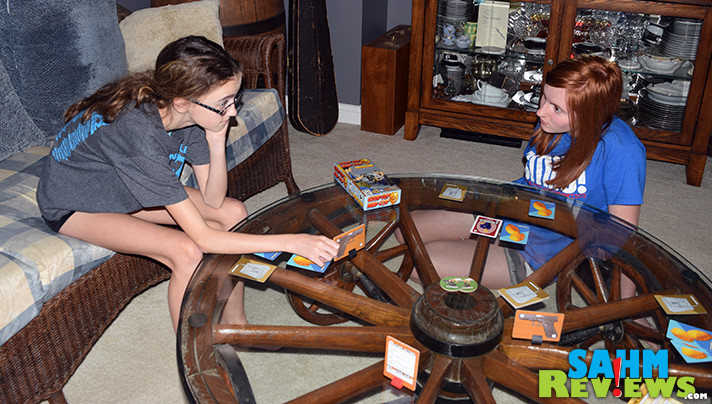 On a player’s turn, they can Investigate, Equip, Arm and Shoot. When you investigate, you peek at another player’s face down integrity cards to get a better idea of who they might be. Equip allows players to reveal any of their own face down integrity cards in order to draw an equipment card or arm one of the guns in the center of play. The final action option is to shoot at another player. The game plays quickly with the Honest team winning if the Kingpin is eliminated or the Crooked team claiming victory if they manage to kill off the Agent.

Remember me sharing details about how the new Pixar Cars 3 movie offers a tribute to legends of NASCAR? During that same presentation we learned about some of the pioneers of bootlegging, because that’s how NASCAR got its start. I think that’s why Booze Barons resonates with me right now. The fact that it plays up to NINE people makes it perfect for accommodating a large group!

In this game, teams of bootleggers are working to deliver their goods without being exposed by their opponents. When only one unexposed Mob remains, coins accumulated for deliveries, movements and snitching are tallied and the mob with the most coins wins. 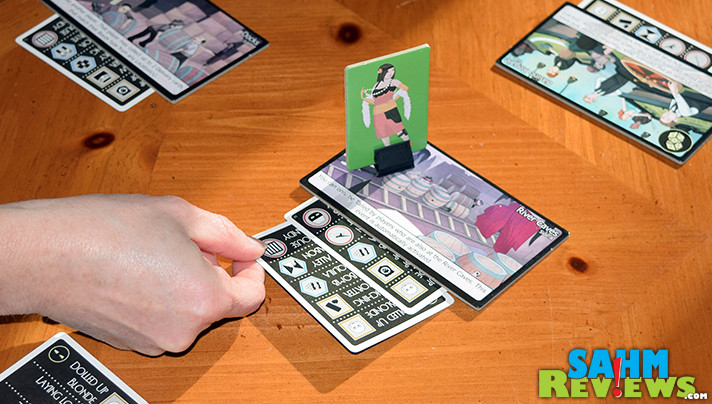 The way bootleggers go about moving and collecting coins for their booze is simple. Each round consists of two phases: movement and action. Players select where they would like to move and simultaneously reveal. Beginning with the round’s start player, bootleggers either deliver goods for their specific booze type, trigger their location’s action, tail another bootlegger or pass.  Since bootleggers are only allowed to pick up shipments that include their own product type, observant opponents are able to decipher who belongs to which mob and expose them. A little bit of slyness and the powers of deduction are key to claiming the title of Booze Baron! If that wets your whistle, you can pick up a copy of Booze Barons on Amazon for under $35.

While the themes may sound like they glamorize the darker side of society, Overworld Games put them together in a way that makes them family friendly. The graphics are not graphic and the “exposed” characters in Exposed are actually pretty hilarious. There is nothing wrong with finding ways to open the door to different types of discussions with your kids and these illicit topics are a clean (and fun) way to do it.

Uncover what else Overworld Games is up to by checking out their website or visiting them on Facebook and Twitter. You may even find a bit of Euphoria in one of their upcoming titles!

Do you like playing games where you get to play a villain?