Home / Recreation / Games / Older Kids in the House? These Games Are What They Want for XMas!

Older Kids in the House? These Games Are What They Want for XMas!

It’s easy to shop for little kids because most realize opening presents is fun no matter what is inside. School-aged kids are a little more difficult depending on how spoiled they are. Don’t worry, we’ll be putting together a gift guide in coming days that will provide several gift ideas . But can we talk about teens and adults for a minute? Once they get to be teenagers, their needs aren’t fun and their wants are usually expensive. We have the solution! In case you hadn’t heard, playing board games is the new cool. Did you know Wil Wheaton has a web video series dedicated to playing games and gets celebrities to join him at the table!

The board game renaissance has brought about a multitude of games that range in type, theme, components and style. We’ve already shared a guide to card games as well as a list of party games. This is a list of games that are more advanced than family games and targeted at an older crowd. Whether these are games to play with friends, family or at a game meetup, the gift ideas are entertaining and a good way to encourage good, clean fun.

logo to learn more about games we’ve previously featured in detail. We’re confident you’ll find something for the older kids and adults on your shopping list!

A unique board game about collecting and battling trading cards! Perfect for CCG enthusiasts! 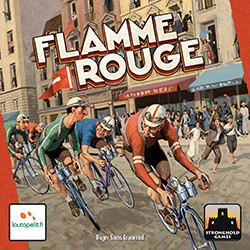 Flamme Rouge is a fast-paced, tactical bicycle racing game where each player controls a team of two riders: a Rouleur and a Sprinteur. The players’ goal is to be the first to cross the finish line with one of their riders. Players move their riders forward by drawing and playing cards from that riders specific deck, depleting it as they go. Use slipstreams to avoid exhaustion and position your team for a well timed sprint for the win. 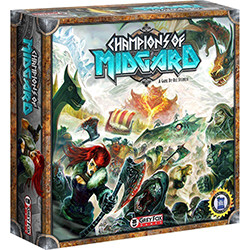 Step into the world of Midgard, where Viking warriors clash with trolls and epic monsters. Players are leaders of a clan and are seeking to become the Jarl, a Viking chief. Champions of Midgard blends Norse mythology with modern gameplay in an easy-to-learn and immersive tabletop experience. Two new expansions to Champions of Midgard were just released this year, Valhalla and The Dark Mountains, for players looking to dive deeper into the world of this game. 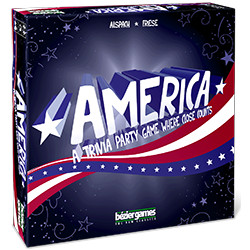 In America, players’ try to get the most points using their knowledge of pop culture, food, products, games, sports, and the history of America. If your opponents know something that you don’t, you can leverage their knowledge to your advantage, scoring more than them with clever play. With almost 1000 questions covering more than 300 topics, America will be a favorite for family and friends for a long time! 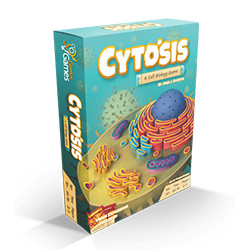 A board game taking place inside a human cell! Players compete to build enzymes, hormones and receptors and fend off attacking Viruses! 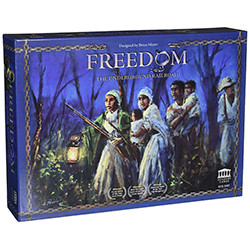 ‘Freedom – The Underground Railroad’ is an engaging cooperative game for one to four players about a pivotal time in American history. Players assume the roles of important historical Abolitionist characters pitted against the slave economy during the early 1800’s thru the Civil War.  Players succeed together by balancing their actions between raising funds for the Abolitionist cause and guiding slaves from Southern States to freedom in Canada. Freedom features challenging and cooperative play against the game, and familiarizes players with important historical figures, political agendas, and crucial events that unfolded in America between 1800 and 1865. 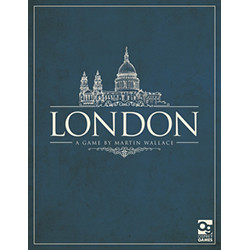 This new edition features a brand-new map and revised rules specifically designed for two players. Grow your city through the decades, as you vie to become an icon of London. 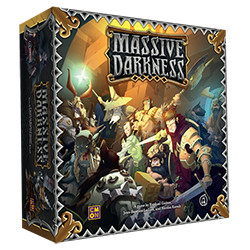 In Massive Darkness, players join forces to enter the dungeons below the Earth’s surface and face the evil before it can spread. This unique dungeon crawling adventure allows players to choose the class of their hero and develop their skills throughout the course of a campaign. No two games will ever be the same. 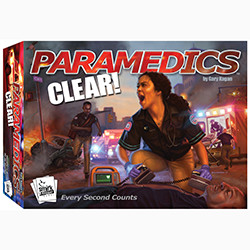 A pulse-pounding, high-tension, timed game of saving lives – and you probably won’t be able to save them all! Triage new patients, purchase medical supplies, treat their medical needs and transport them to the hospital for victory points. Do you have what it takes for this ‘heart attack in a box?’ 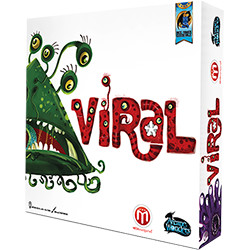 Viral is a two to five player game where you are a deadly virus that has just infected a patient. Your objective is to mutate and take over the host’s organs. Infect organs, traverse the body through the veins and arteries, and shield or attack with your viruses! Too many viruses present in an organ will cause a Crisis, and the Immune System will wipe all viruses in an organ! Choose your strategy carefully, the doctors are researching a cure for you, and other players’ viruses in the body are sure to get in your way! 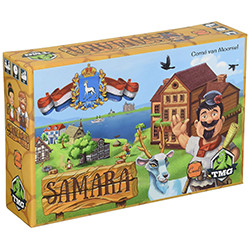 Become the most successful contractor as you compete to build the town of Samara. A unique worker placement game perfect for every gamer’s library. 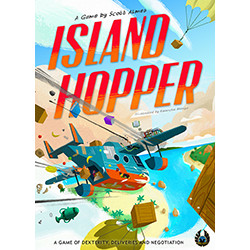 Each day in Island Hopper, players auction off the Captain’s seat; the player who becomes the Captain is in charge of flying the plane for the day, but cannot make any deliveries of their own. To make their deliveries, the other players bribe the Captain to fly to the islands to which they need to go, thereby earning themselves cash. When it’s time for the Captain to fly, the Captain must close his eyes, pick up their goods tokens, and attempt to land them in an island’s harbor — but if the goods splash into the sea, you might find yourself under water… 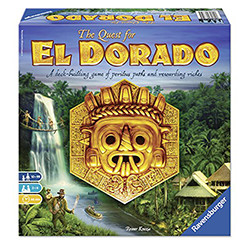 A deck-building game of perilous paths and rewarding riches. Will you dare to search for the golden city? Assemble your expedition and lead it through the jungles of South America in this deck-building board game*. You need to have a good plan, expert explorers, and the right equipment.

Will you choose the scout, the photographer, or the prop plane? It is up to you to find the best route through the wilderness with your team and to win the race to El Dorado! Every route is a new challenge. Every game needs a new strategy! 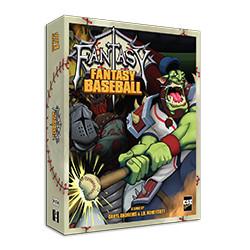 Fantasy Fantasy Baseball is card-drafting roster-management game in which you are the Wizard manager of a baseball team of powerful and gruesome fantasy creatures battling through a season of fantasy baseball. Go head-to-head against other Wizard managers for Victory cards while building up your team’s statistics for even more Victory cards. But beware, your players may have spells cast on them. Instead of the typical fantasy baseball experience taking months to play, the entire Fantasy Fantasy Baseball experience is boiled down to 10 minutes per player. 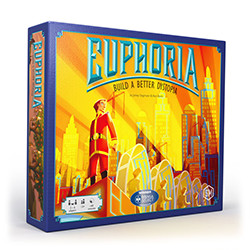 A dystopian cityscape awaits your leadership as you make strategic choices to construct markets, enhance allegiances, and expand control in this thematic dice worker-placement game. 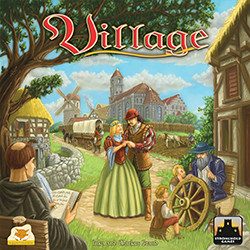 Village is a game full of tactical challenges. A smart and unique new action mechanism is responsible for keeping turns short and yet still tactically rich and full of difficult decisions. Also unique is the way this game deals with the delicate subject of death; as a natural and perpetual part of life in the village, thoughts of death will keep you focused on smart time-management. 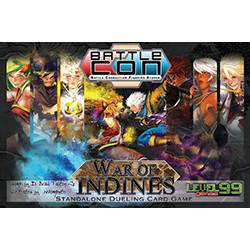 BattleCON tempers the fast-paced combat of a duel with the strategic decisions of a board game.

Of course, keep watch for some of these to show up in our 150+ Days of Giveaways! Need more ideas? Check out our other gift guides. 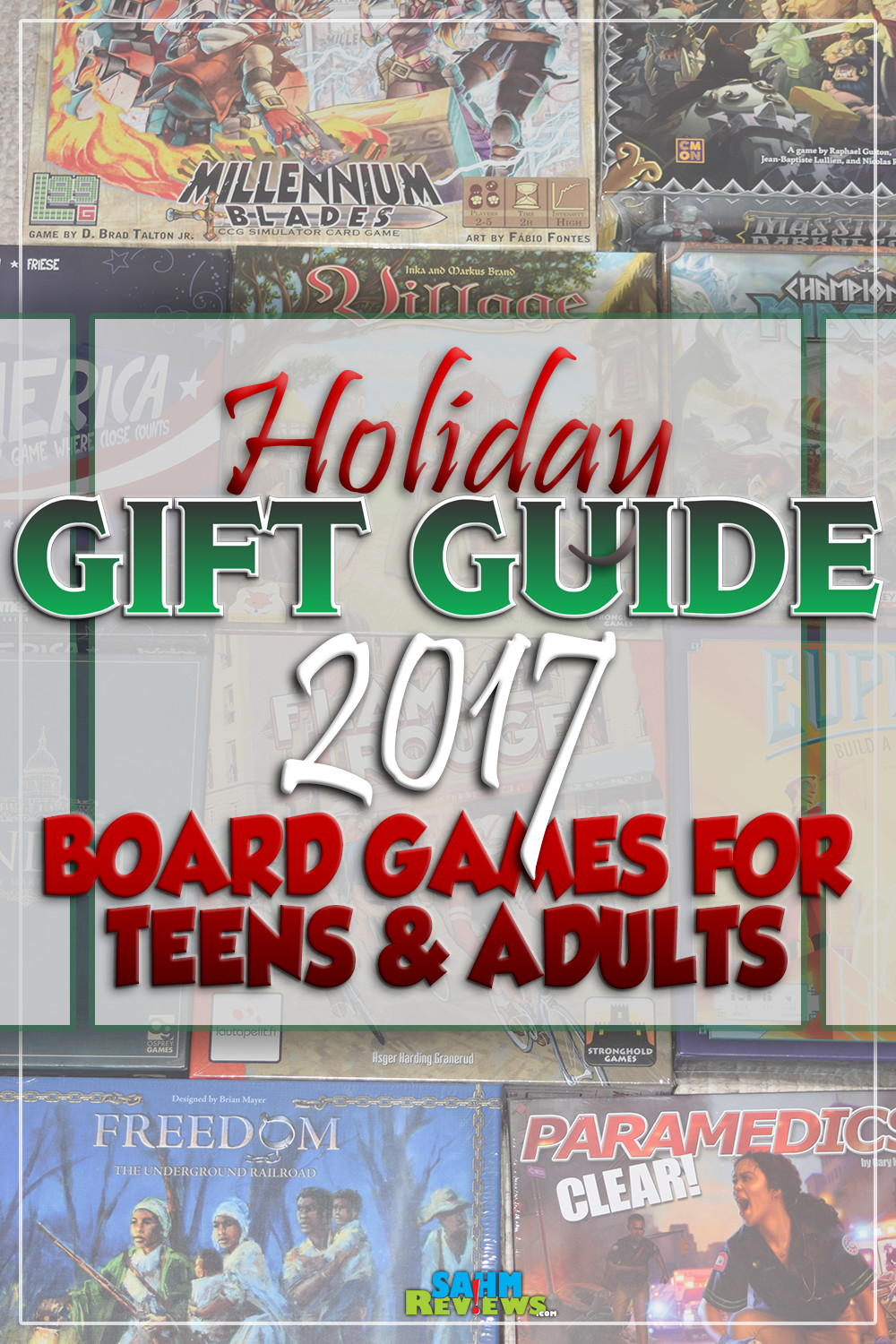 33 comments on «Older Kids in the House? These Games Are What They Want for XMas!»