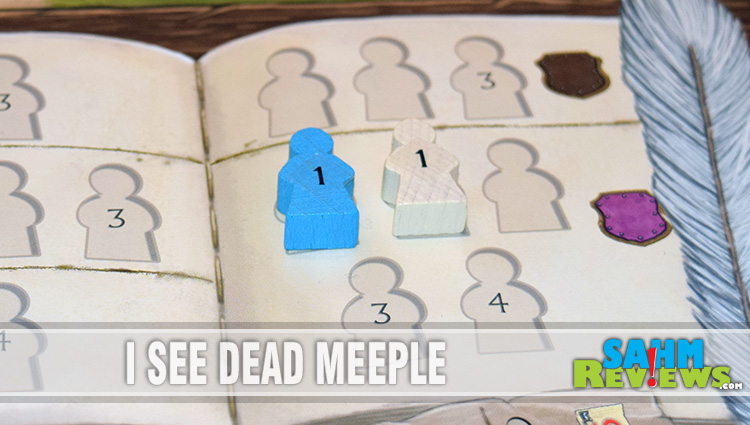 It Takes a Village

The other day I was playing a board game and thought to myself, “You know what would be fun? If I could kill off all my pawns and still win the game!” I kid, that didn’t happen. But you have to wonder exactly what does go through the minds of game designers when they are able to come up with a theme that has exactly this requirement – let your meeples die and receive bonus points for doing so.

But first, “meeple”? It’s a term we’ve picked up over the last year and is used in the hobby game community to denote the human-shaped pawns used to track movement or placement in a game. Believed to be a shortened version of “my people”, it has become a generic term used by board game players all over the world. Village by Tasty Minstrel Games requires you to take your meeples from birth to death, but The Game of Life this isn’t. 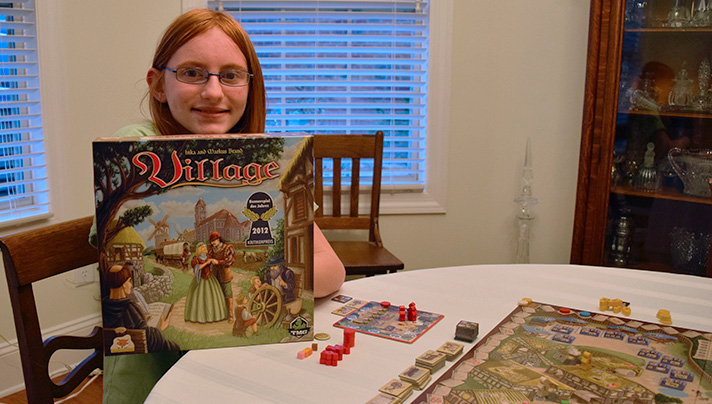 Winner of the Kennerspiel des Jahres in 2012 (Connoisseur’s Game of the Year and the most coveted award from the game industry), Village is both a worker-placement and resource-management game all rolled into one. With crafting, travelling, religion and politics. And death. 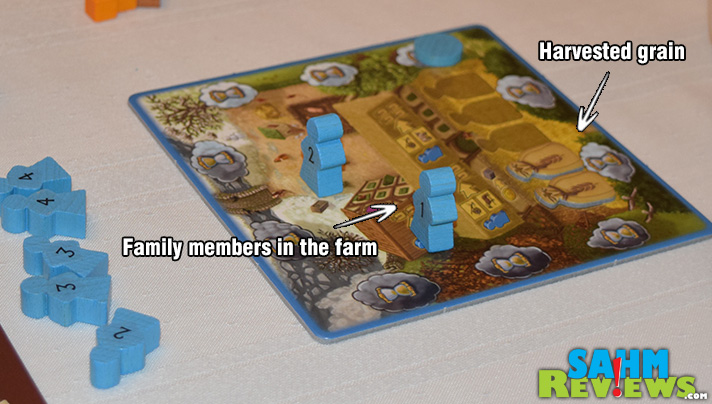 Your meeples always start in your farm and have numbers on them denoting their generation. Older generations die first (whew, no infant deaths!) and you get to play the Grim Reaper in deciding which person to kill. Like in life, we have only one real currency – time. In Village you ‘spend’ time making things, going to the seminary or even politicking and move your round token around your farm to mark the passage of time. Complete a full rotation and cross the bridge (nice metaphor) and it is time to bury a loved family member.

You’d think this would be a tragic event, but that’s the major theme of Village. In the first photo you’ll see a book, which is the village chronicle. Think of it like the town’s Hall of Fame. You receive bonus points at the end of the game for how many of your meeples make it into the book which is divided by profession. Each person in your family will follow a profession of crafting, travelling, politics, farming, etc. and each one has a limited number of available burial plots. The more spots your family possess, the more bonus points you will receive. 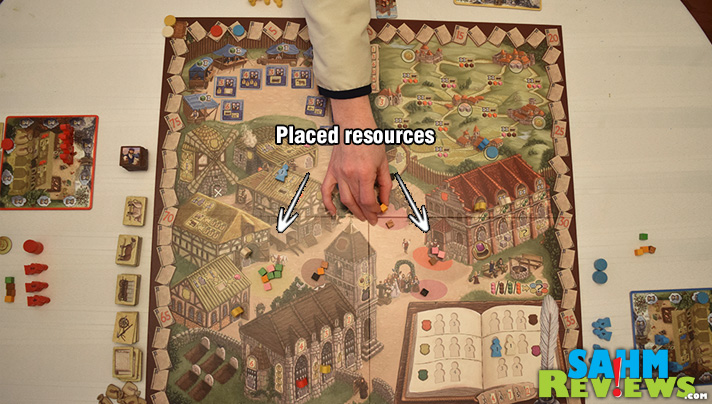 In order to be able to perform your profession tasks, you must collect resources called “influence cubes” that represent skill, persuasiveness, faith and knowledge. There is also a black cube for plague. Yes, not only do your meeples die, they get sick too! 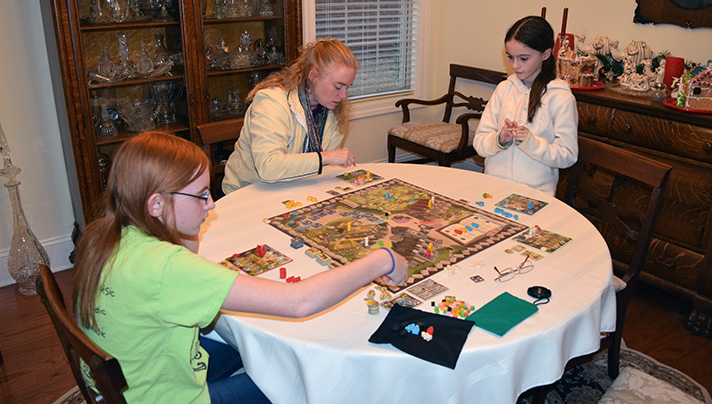 We’ve already played this game a half-dozen times at home and with our local board game group and have yet to find a strategy that wins every time. That’s the sign of a well-balanced game and one that we find ourselves wanting to get in “just one more time”! Each game will take right around 90 minutes and is designed for 2-4 players. We found the instructions complete, but resorted to watching a couple gameplay videos to really familiarize ourselves with all of the options.

There is also an expansion that adds an Inn and distillery to the profession choices (town drunk?) and expands the game to up to five players. Tasty Minstrel Games has also announced a second expansion that should be available this year that further enlarges your village to include a port! You have the option of boarding you own ship and travelling the seven seas. Hire captains, sell domestic goods, and pick up foreign commodities. Send family members as missionaries to far away islands and dig up treasure chests. In addition, this expansion includes life goal cards that let you pursue your very own career, such as becoming a writer, a historian or even a knight. We cannot wait for its US release!

You can find your copy of Village on Amazon for under $40, a bargain for a game with such a high level of replay-ability. Like what you see from Tasty Minstrel Games? Follow them on Facebook and Twitter to see what’s coming next!

25 comments on «It Takes a Village»