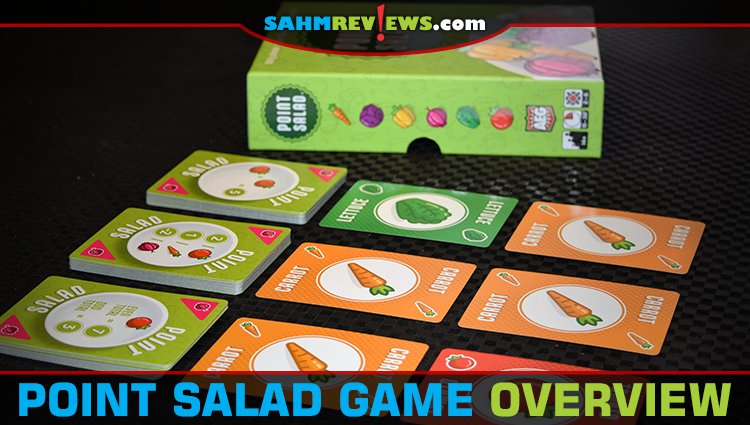 Are you familiar with the term “point salad” when it comes to modern board games? It is the unofficial definition of a game that has multiple ways to score victory points. We play a lot of games that have this feature. Bora Bora allows you to either build, hire workers or collect clams. All of which give you an equal chance at winning the game.

Village gives you the option of following different strategies in the form of professions (crafting, traveling, politics, farming, etc.). Herbaceous awards points for collecting sets, possessing special herbs and leftover herbs in your private garden. All of these examples are so much more satisfying that one scoring method that everyone is vying for. 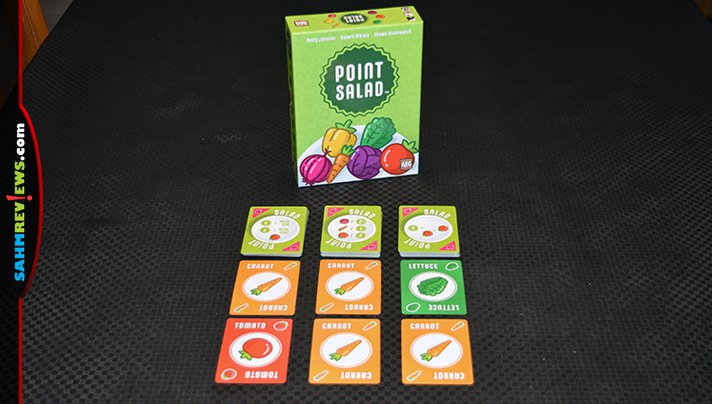 This past year, Alderac Entertainment Group (AEG), release a point salad-type game called, you guessed it, Point Salad! A tongue-in-cheek reference to the type of scoring you’ll find from this quick card game set in the world of vegetables, is designed for 2-6 players and advertised for ages 14+. But as you’ll quickly see, it can easily be enjoyed by much younger players. Maybe they’ll even start to like their vegetables! 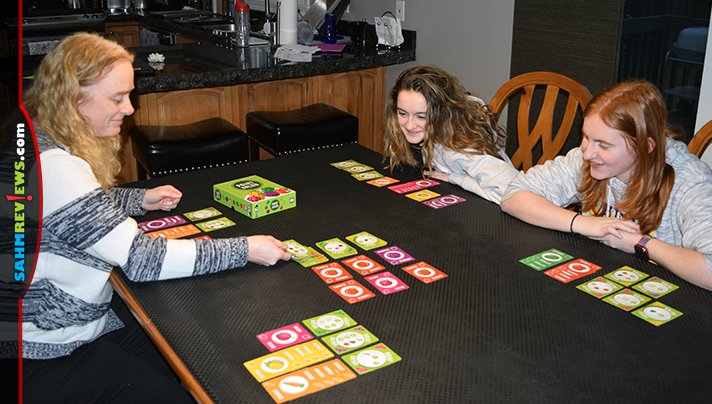 After discarding some of the cards from the deck (depending upon the number of players), the deck is shuffled and roughly divided into three draw piles. These are set in the center of the play area and two from each are drawn, turned over and set into two rows directly underneath them. Each card is double-sided. One side represents a vegetable while the other houses a potential scoring parameter. Treat the scoring side as the card “back” and the vegetable side as the “face”. 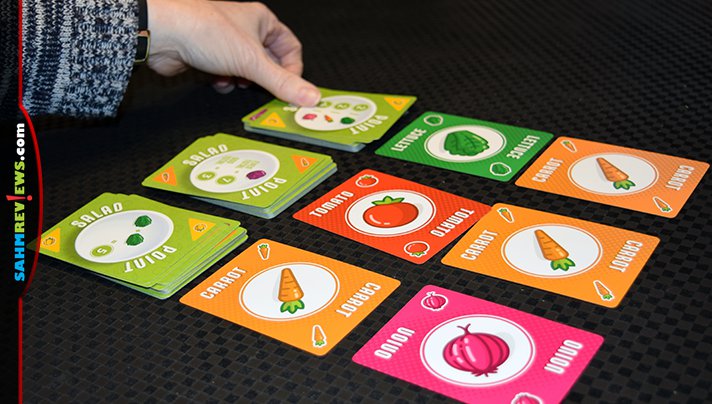 Taking a turn in Point Salad is very quick. You will either draw one of the top cards from one of the piles and place the card in front of you (scoring side up) or select any two vegetable cards from the six available. The vegetables are also kept in front of you where everyone can see what you’re collecting. As you might have figured out already, Point Salad is about balancing the produce you select against the type of scoring you can perform. Once per turn you can optionally elect to turn over one of your previously-collected point cards to the vegetable side. However, once turned, a vegetable card can never be turned back over to the scoring side. 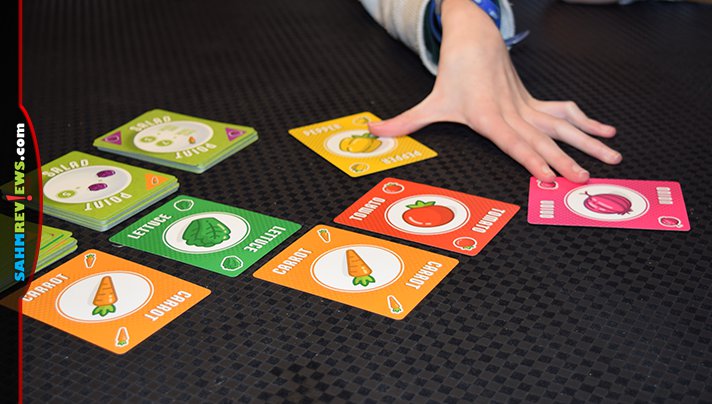 There are six different vegetables to collect (lettuce, cabbage, carrots, peppers, tomatoes and onions) and numerous different ways to score them. Some cards give you point for having the most or fewest of a certain vegetable type. Others award points for each one you own while penalizing you for owning others. Some challenge you to collect sets of certain vegetables. Each point card can be scored multiple times assuming you have enough vegetable cards to accommodate it. Vegetable cards can also be re-used on other point cards, so it pays to collect ones that feature similar produce. 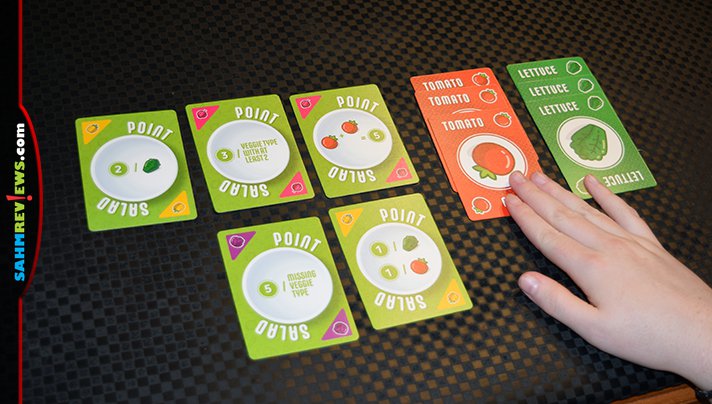 A game of Point Salad ends immediately when the last card is drafted from the draw piles and the veggie market. All players total up their points according to the point cards they have saved and the player with the highest overall total wins! In the rare case of a tie, the person who went latest in turn order is declared the winner! 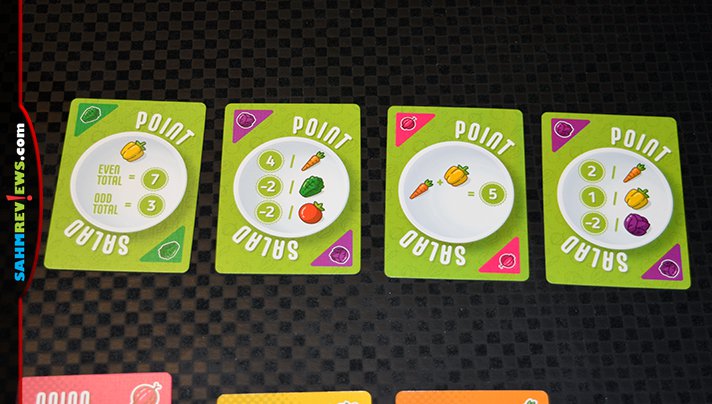 A stunningly simple game that does well to introduce new hobby game players to the world of multiple-path scoring. Pick up a copy on Amazon or ask for it at your favorite local game store. Find out what else AEG is serving up by heading over to their Facebook or Twitter feeds. Maybe someday we’ll see a follow-up to Point Salad called “Hidden Traitor”!

What is your favorite multi-scoring point salad game?