Our girls are at that age where it’s getting more difficult to find gift ideas for them. It used to be we could buy almost anything from the toy aisle and they would be happy. Those days are long gone and we’re always looking for ideas to give to family members. We regularly have people ask us for recommendations for games for their grown children or adult friends so each year we put together a list of games that are better suited for mature gamers. Some require a longer attention span, others are more strategy required and some may have a theme that is more involved. Don’t worry, we already have a list of family games and one coming that includes games for little kids, but this one is specifically for teens and adults. Hopefully you’ll be able to either pick up something for someone on your shopping list or you’ll be able to add to your own wish list!

If you’re unfamiliar with these games, watch for the

logo. Those are hotlinked to a more detailed game overview. Of course, watch for some of these to show up as one of our daily giveaways! 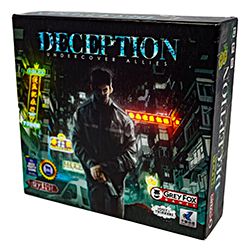 Deception: Undercover Allies is the expansion to the hit social deduction game, Deception: Murder in Hong Kong. It takes the max player count from 12 to 14, adds three new secret roles, new forensic scientist tiles and dozens and dozens of new clue and means cards to give the murderer even more ways to get away with it. 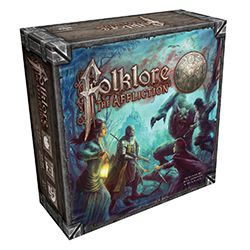 Folklore: The Affliction is an adventure board game for 1-5 players, in which your characters progress through a series of stories in their quest to rid the land of evil. Every story is broken into chapters, allowing players to control the length of each game session. Most chapters take 45-60 minutes to complete.

Become one of six unique characters, increasing in knowledge and skill as you embark on a frightful journey to save the world of Folklore from the horrors that plague it. 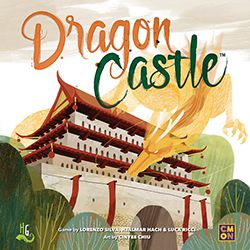 As the Dragon Castle crumbles, opportunistic lords seek to lure people to their realm. By constructing a new palace from the ruins of the old, they hope to become the new center of power. In Dragon Castle, you take on the role of one of the lords. You will have to use all of your cunning to build a castle that will inspire people to move to your realm. Each turn, you can collect tiles from the ruins and add them to your construction. As you place sets of the same type of tiles together, you’ll be able to consolidate them, earning points and allowing for the addition of Shrines. Spirit and Dragon cards can be used to give you an advantage when you need it most! 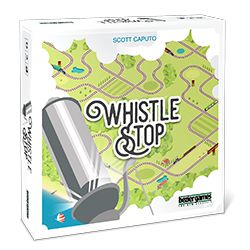 In Whistle Stop™, you’ll make your way west building routes, picking up valuable cargo and delivering goods to growing towns; creating a network of Whistle Stops that you and your competitors can leverage as you continue to expand your networks. Along the way, you’ll gain railroad shares and watch your reputation soar with each successful delivery before making a final push to complete long hauls to the boom towns of the West. 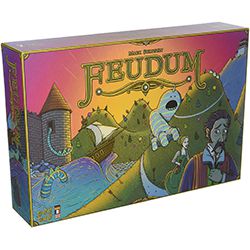 Hailed as “articulate and inventive,” Feudum is a deeply nuanced game for 2-5 players that rewards resource management and skillful planning. Six uniquely powered characters and multiple paths to victory make for an ever-changing, open-world experience each time you play! German/French/English edition. 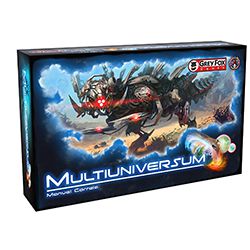 Multiuniversum is a 2-5 player game where players are scientists competing against each other to try to close portals to other dimensions. It’s a game that uses cards in a clever way to pack a lot of tricky decisions into a small package.

A two to four player fantasy miniatures board game from Martin Wallace, pitting rival factions against one another in fast-paced skirmishes. 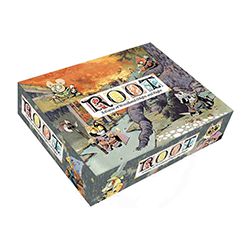 Root is a game of woodland might and right. Stalk the woods as one of the Vagabonds, seize the initiative with the Eyrie birds of prey, rule over your subjects as the Marquise de Cat, or command the Woodland Alliance to create a new order. With creatures and cunning, you’ll rule a fantastic forest kingdom in the ultimate asymmetric game of adventure and war. 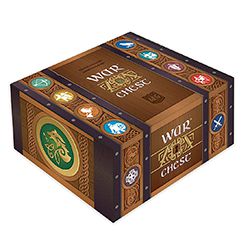 War Chest is an easy-to-learn, tricky-to-master, elegant battlefield strategy game. Game play is simple and available to even non-gamers, whilst at the same time presenting depth of play and replayability. 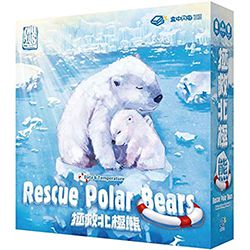 Rescue Polar Bears: Data & Temperature is a cooperative game based on Rescue Polar Bears with a new data and temperature system added to the game design to make the strategy more diversified. The consumption of fossil fuel and releasing of greenhouse gases yield the global warming. Around the north pole, the last icebergs are melting and the polar bears are facing the risk of being extinct. The players form a scientific organization. They try to collect data about climate change to persuade the governments to change their energy policy. At the same time, they also need to prevent polar bears from sinking into the freezing water. 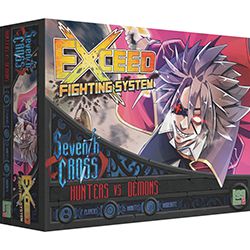 A streamlined fighting card game for your tabletop. 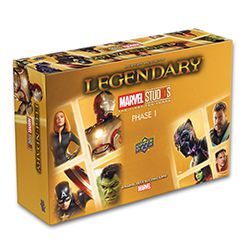 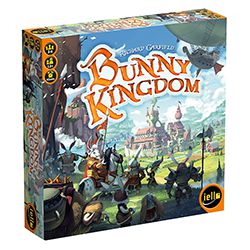 Bunny Kingdom is a game for 2 to 4 players, in which you are Rabbit Lords who are conquering a new world on behalf of the Bunny King.

You will need to get the best of what these lands have to offer. Explore the furthest corners, construct Cities, farm Resources to make your Fiefs prosper, and accumulate precious Golden Carrots. Don’t forget to satisfy the King by accomplishing Missions of the utmost discretion on behalf of His Majesty! 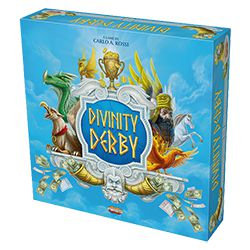 Divinity Derby is a racing and betting game for 3 to 6 players, ages 10 and up with a clever “shared hand” mechanic. Each player assumes the role of a god, betting on a race among mythological flying creatures, and plays with two hands of cards, sharing a cardholder with each neighbor, conspiring against – or with – the other players. 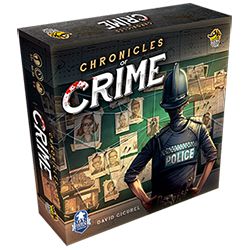 Chronicles of Crime is cooperative game of crime investigation, mixing VR experience and board gaming. 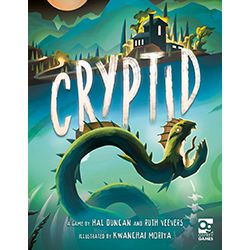 Cryptid is a unique deduction game of honest misdirection in which players must try to uncover information about their opponent’s clues while throwing them off the scent of their own. Each player holds one piece of evidence to help them find the creature, and on their turn they can try to gain more information from their opponents. Be warned; give too much away and your opponents might beat you to the mysterious animal and claim the glory for themselves! 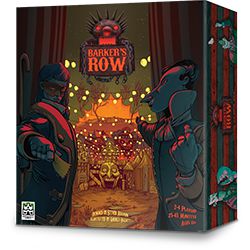 Barker’s Row, with its cute meeple “rubes” in grandstands and super easy to learn game is perfect for your audience and it would make a fantastic gift for a casual gamer or even a veteran.

Are you technically a grownup but don’t feel like it? Pretending to Grownup is a hardcore casual card game featuring 132 unique cards inspired by everyday situations. It’s okay if you don’t consider yourself a grownup, your secret’s safe with us! 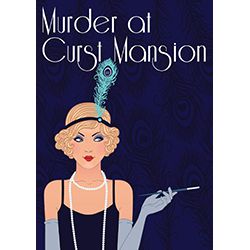 It is the roaring-twenties and the famous millionaire William Curst is hosting another decadent evening at his infamous mansion. However, the festivities are soon cut short when a local journalist, Oscar Tame, is found dead on the Curst property!

It is up to you to work out who is the guilty party. Who has forgotten to cover their tracks?

While it’s normal for us to add new games to our game shelf, we also regularly revisit some of our favorites that have been around for a while. If you’re looking for additional games that are great for teens and adults, check out our 2017 guide, 2016 list and 2015 games of the same caliber. 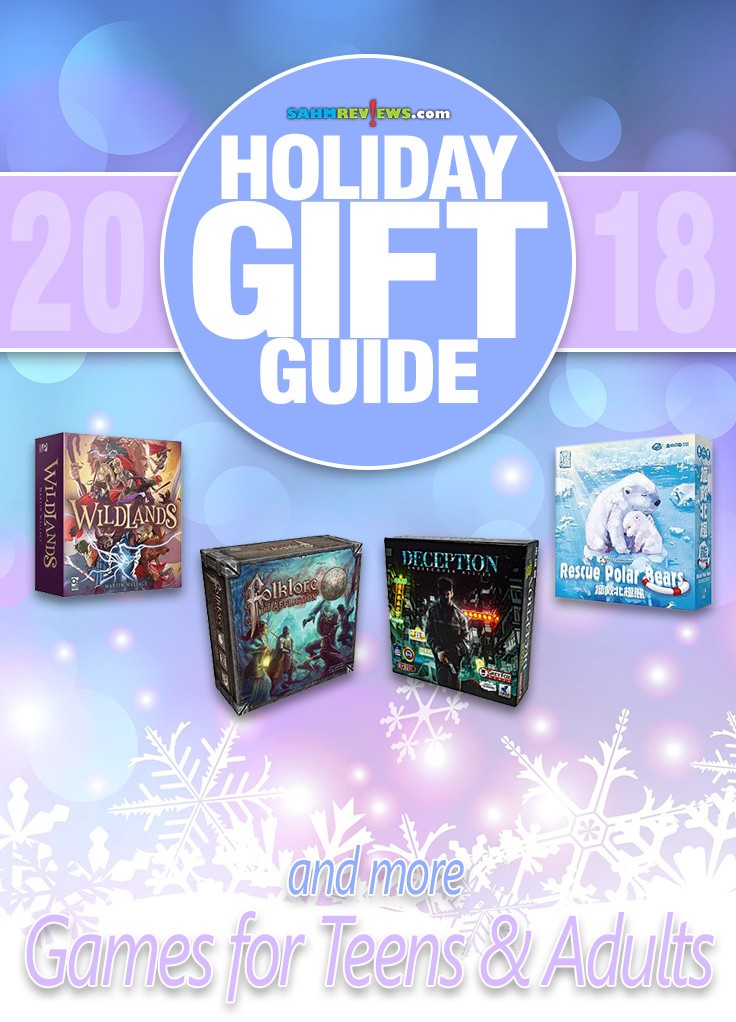