Sometimes when I’m bored I’ll peruse the used board games on eBay. There are always thousands of listings and many of them for games I’ve never seen before. The vintage game category is of particular interest to me as those games cannot be easily found at thrift stores or yard sales. But usually they’re priced too high for my tastes once you figure in shipping.

A couple weeks ago I did come across one at a reasonable price and with free shipping! Mix & Fix by Hallmark Games caught my eye if only because I never knew that the greeting card company had made any games at all. Plus it was a dice game, which are favorites of the entire family. It was worth the $4.25 asking price and a few days later it arrived on our doorstep. 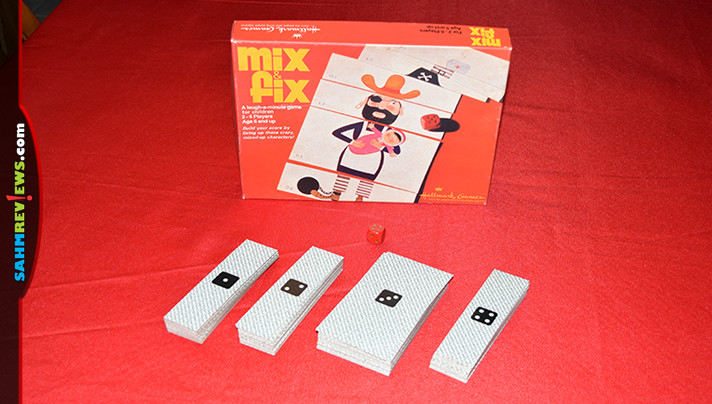 Mix & Fix is a game about building funny characters from the roll of a die. Included in the box are 60 “Funny People Pieces” that construct fifteen complete caricatures. On the back of each tile is a die value from one through four. To set up the game, the tiles are arranged in piles by this value which also corresponds to the image on the other side. 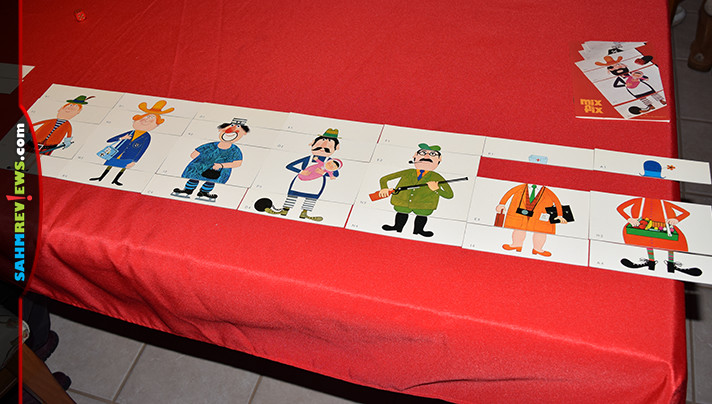 On each turn the active player rolls the die and takes a tile matching the result. As the pieces are collected you will try to put together as many “unreal” characters as you can (the images don’t have to be from the same drawing). Ones are hats, twos are the person’s head, threes have the body’s midsection and fours are the legs and feet. If you roll a five, you get nothing. However a six rewards you with one piece from all four piles – enough to make a character on its own! 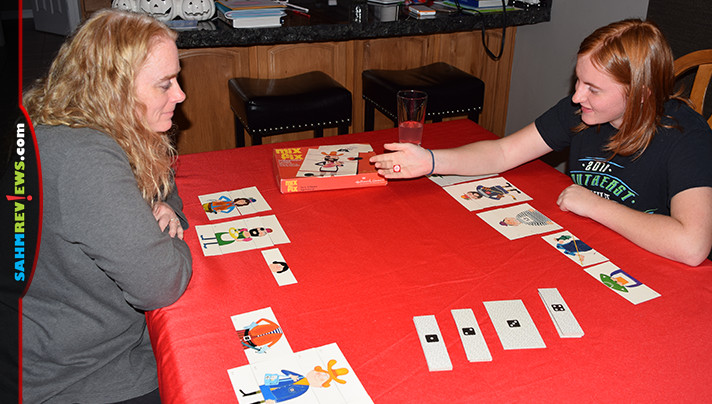 If you roll a number of a pile that’s been depleted, you also receive no tiles. After all of the tiles have been claimed, players count the number of characters they completed and receive one point for each one. This is the “mix” part of Mix & Fix. The game now moves on to the second stage, the “fix”. 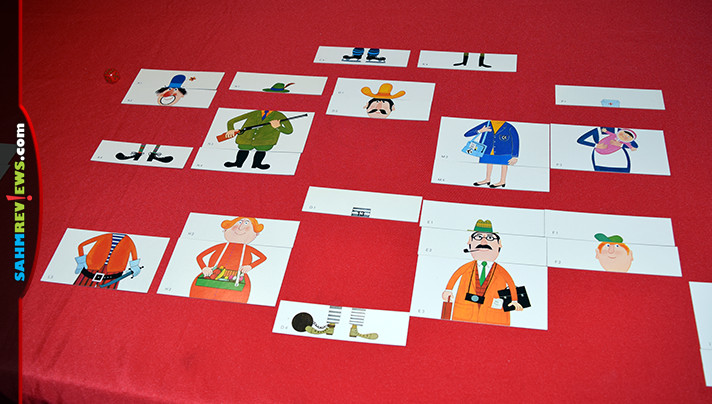 Using the same pieces you already collected, rearrange them to try to create “real” characters by lining up pieces of the same caricature. Players continue taking turns rolling a die, but this time they get to take a piece from another player that matches the result (you must have at least one matching piece in your collection to take one). Rolling a five still gains you nothing, but a six now allows you to take up to three pieces of one character from any number of players! 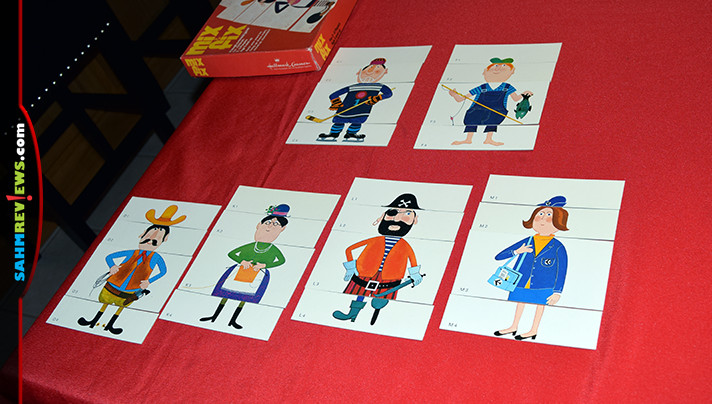 Once all of the characters have been put together, each person receives one point for every one in their collection. Whoever completed the hockey player gets a bonus point and the person with the highest total from the two stages is the overall winner of Mix & Fix!

A cute little game typical of the era (mid-70’s), Mix & Fix isn’t one you’ll find too often at thrift or on eBay. We couldn’t currently find any other copies for sale online, so keep an eye out at your local thrift stores to score a copy. You should be able to snag a copy for just a couple bucks!

Did you know Hallmark made games?