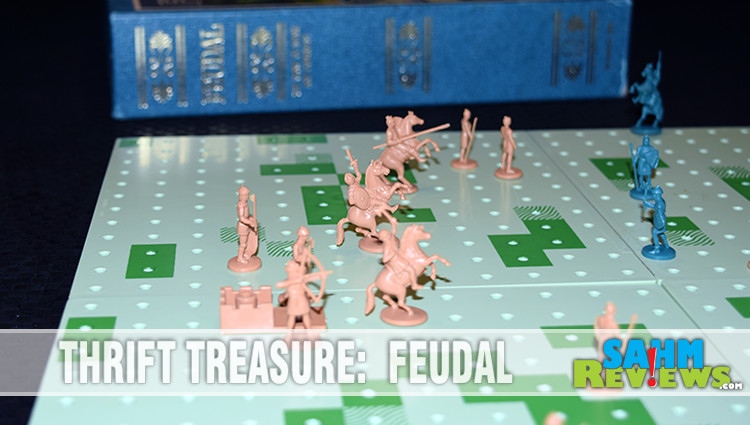 Back in the late 60’s and early 70’s there was a whole series of board games issued by 3M (yes, the Scotch Tape company) whose boxes were designed like books. Dubbed “The Bookcase Series”, the idea was you would display them on a shelf like a book collection and have them within easy reach when you wanted to play.

I don’t know what it is about them, but I adore the series. They’re not particularly rare and are usually pretty affordable both in game stores and online. Many of them had a LOT of pieces, so I’m careful to make sure a copy is complete before I’ll buy it. That’s why I’ve passed on Feudal a number of times before. This time we finally found a full example and plunked down a whopping $1.88 to buy it! 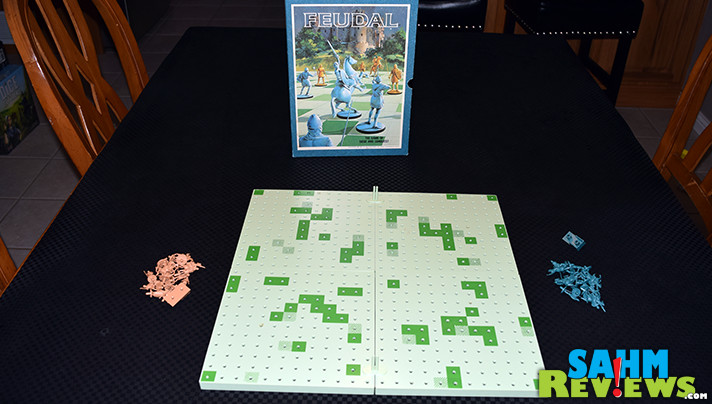 The best way to describe Feudal is a complex cross between Chess and any traditional family war game like Risk. The game actually supports up to six players in teams with custom rules, but the most engaging version is when you play with just two.

Included in the box is a four-piece plastic board with peg holes, a divider screen and six colored army sets. Each army set contains fourteen individual plastic pieces and are shaded to make determining their corresponding team easier (three shades of blue, three shades of brown). The object of Feudal is to invade the other player’s castle or capture their royalty (King, Prince & Duke). 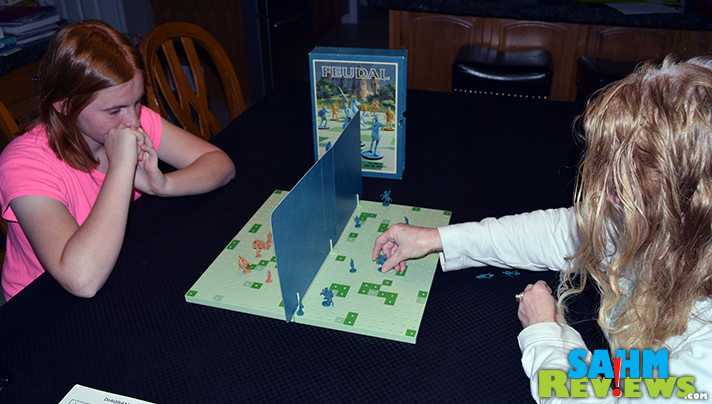 During the game’s setup, the divider screen is placed in the center of the board while each side deploys their playing pieces anywhere in their respective kingdoms. Each type of pawn has its own movement criteria, as in a game of Chess. Unlike Chess, the board is populated with features such as mountains and rough terrain that may prevent movement through that area. 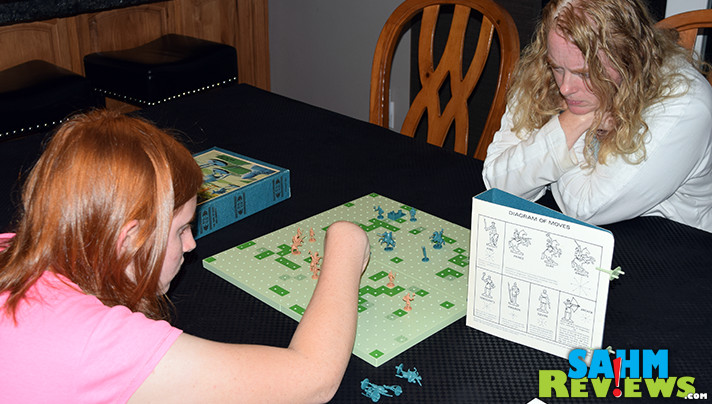 On a player’s turn, they may move any or all of their men. At least one must be moved on every turn and each piece must adhere to its own special movement rules. In addition to the directional limitations, all pieces (except for the Squire) my only be moved over unoccupied spaces. The Squire may move other either. 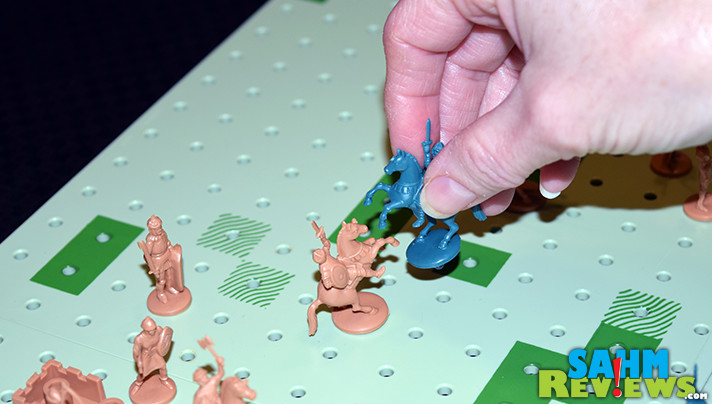 To slay an opponent’s piece, simply move your piece into their space and remove them from the board. This is true of all pieces except for the archer. They must move within range (three spaces) of an enemy and fire, hitting the first pawn in the line of fire. They may also shoot over friendly pieces to hit their mark, but not mountains or castles. 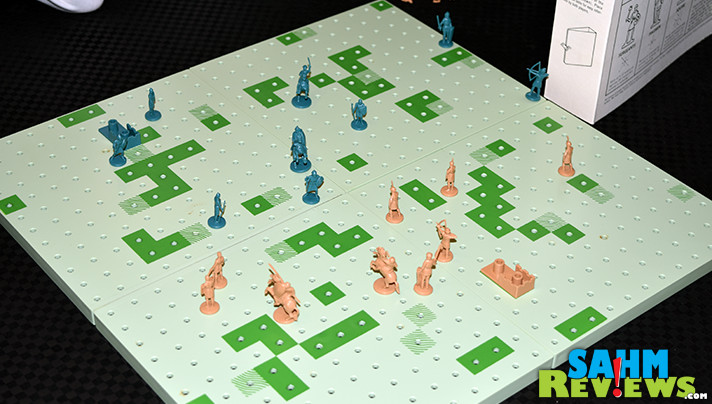 As mentioned previously, the first way to win Feudal is to simply eliminate your opponent’s King, Prince and Duke. The other way is to invade their castle. In order to enter a castle, you must first stop on the “Castle Green”, an area directly outside of the castle and part of the plastic playing piece. You are now at the castle gate and will win on the next turn unless your opponent is able to eliminate you with a strategic attack. 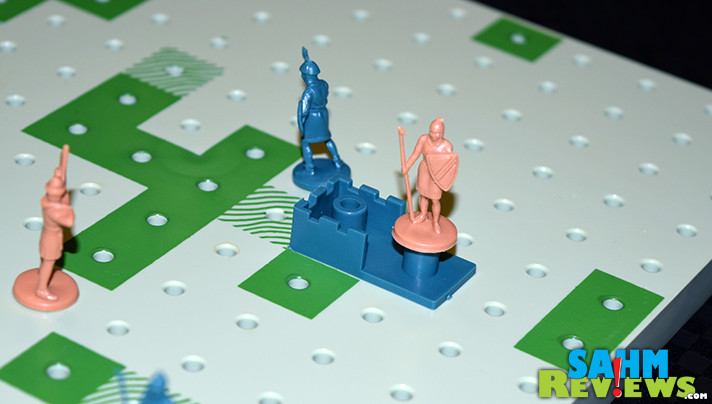 We were lucky to find a copy of Feudal for under $2 as it is usually in the $5-$6 range at thrift. Complete copies are readily available on eBay for a wide range of prices, so set a budget and wait for the right price to show up! Once you pick up your first bookshelf game you’ll want to complete the set by searching out the rest of them. By most counts there have been over two dozen different titles published!

Do you own any of the 3M Bookshelf Series games?