Among the games I played all the time as a kid, Othello was one of my favorites. It may not have gotten as much play as some of the other titles in our closet like Stratego, Boggle or Mastermind, but whenever we were looking for an abstract 2-player game, we would choose it over Chess or Checkers almost every time. 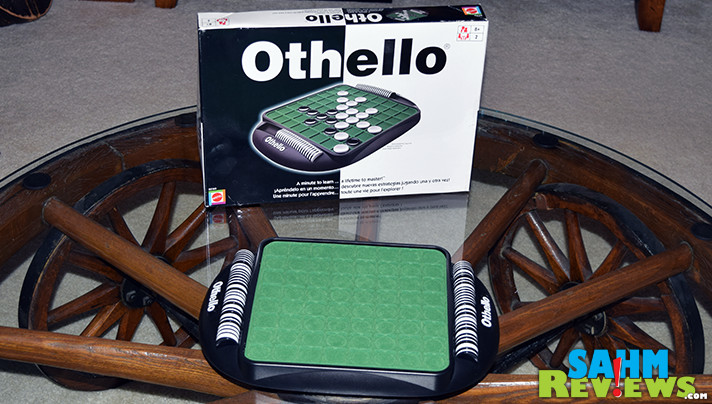 You might know the game by its more common name, Reversi. Invented in the late 1800’s, it saw immense popularity in England during that part of the 19th century. Othello is considered a special ruleset of Reversi where four pieces (two of each color) are set in the center of the playing area diagonal from each other to begin the game. This differs from Reversi where the players begin with nothing on the board.

Othello began in Japan in the 1970’s and quickly became the most popular version of Reversi, even appearing in a dedicated home game console by Nintendo in 1980. The rules are the same with the exception of the aforementioned starting layout. On your turn you will play one piece to the board with your color face-up. 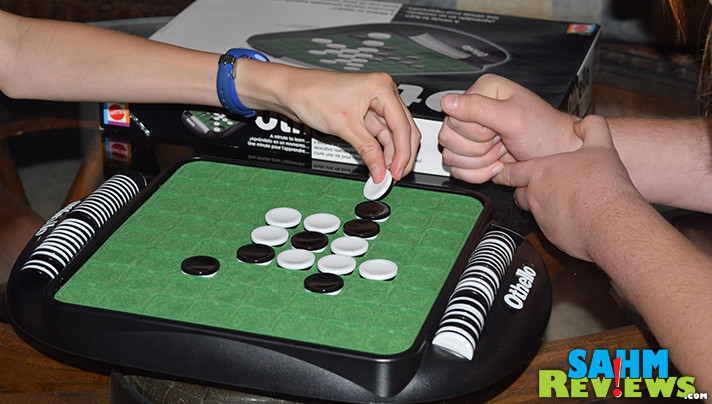 When playing, you must select a position that there exists at least one straight (horizontal, vertical, or diagonal) occupied line between the new piece and another piece of your color, with one or more contiguous pieces of your opponent’s between them. 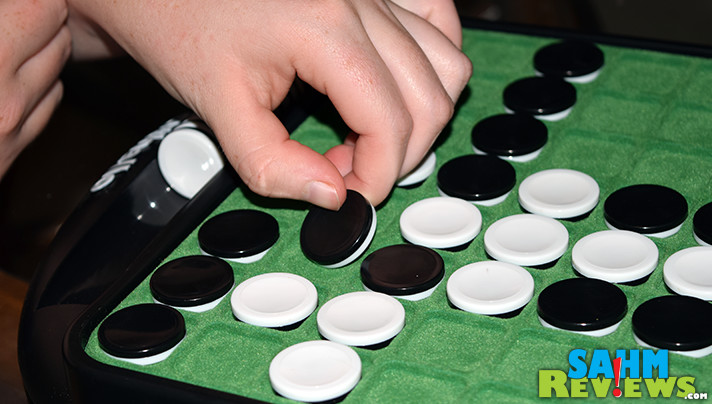 All of your opponent’s surrounded pieces are then flipped (reversed) to your color and it becomes their turn. They must do the same and you take turns until either no more plays can be made or the board is completely full. The person with the greater number of pieces on the board of their color is the winner of Othello! 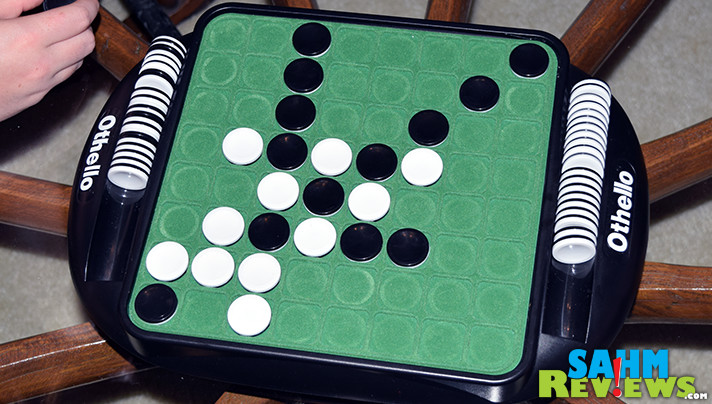 It’s a simple game, which is to be expected of games created during the Victorian Era. But it has stood the test of time and has been issued by dozens of companies in hundreds of versions over the past century and a half. The Othello version was popularized in the United States by Mattel and we hear rumors of an upcoming re-issue by a completely new publisher in the near future! 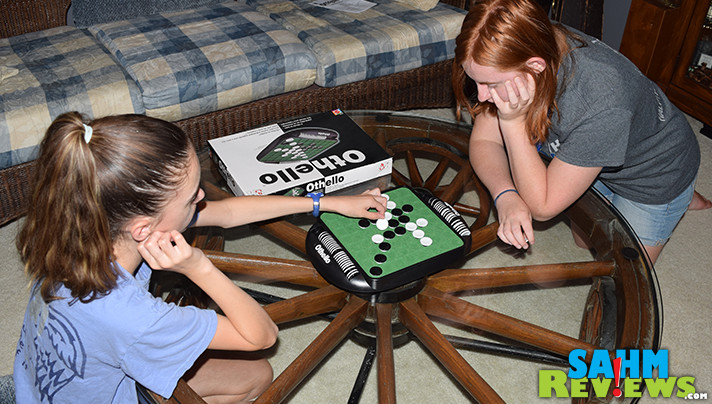 There are plenty of copies on Amazon for around $15 shipped and is a game that should be in everyone’s collection. You’ll probably have good luck watching for a copy at thrift of either this version or one of the many copies of Reversi. Be sure to count the pieces as there should be 64 double-sided chips!

Have you ever played Reversi or Othello?