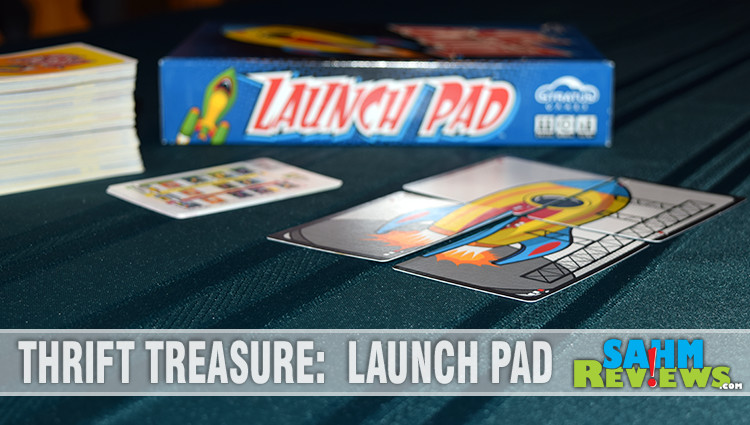 It’s pure coincidence that we found this week’s Thrift Treasure, Launch Pad, after talking about Star Plus on Friday. It was a bonus to also discover a publisher that we had never heard of. Stratus Games issued Launch Pad in 2010 and is one of five games currently in their catalog. And unlike Star Plus, there’s a bit more going on in Launch Pad than just playing numbered cards to add up to a certain total. In this 30-60 minute game, you are tasked with building rockets, assigning engineers and eventually launching your creations into orbit. 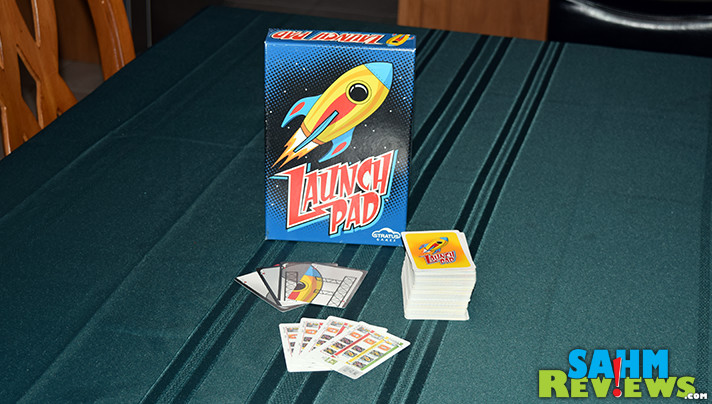 Comprised of 140 playing cards and our reference cards, each player (up to four) receives a hand of six cards and one of the reference cards. The remainder are shuffled and set in the center of the play area to form a draw deck (the four Launch Pad cards are kept out initially and shuffled into the bottom half of the draw deck). Participants ensure they have an empty play area in front of them in order to build their rockets.

Each person will be building rockets in their tableua and will place their cards into one of three designated sections. On every turn your cards will progress upwards through these areas (construction, quality control and launch zones) and the cards you play from your hand will remind you of the legal areas in which to place them. 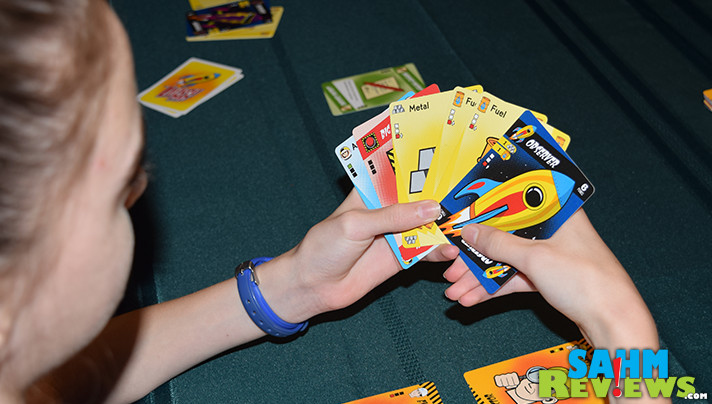 On your turn you may play as many cards from your hand as you wish, assuming they’re valid plays that may be carried out immediately. Rockets are placed in the construction zone and materials (metal & fuel) are put underneath them in quantities shown on the rocket card. Specific engineers are employed in each zone, while action cards allow you to disrupt your opponents’ plans.

Specialty cards award you with an ongoing bonus that remains in effect until you decide to play another specialty card (you may only have one in effect at a time). As the game progresses, launch pad cards will be drawn. These are immediately placed in the active player’s construction area and a replacement card is drawn an added to their hand. Bonus cards are optional and might award additional points at the end of the game if certain criteria are met. Other bonus cards will protect your rocket from the actions of other players! 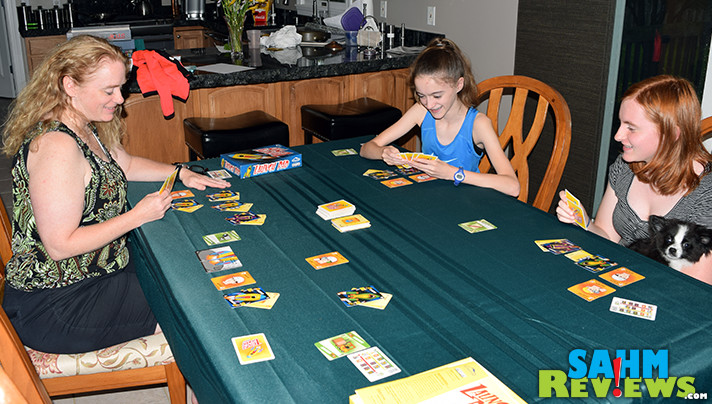 At the beginning of each turn, the active player advances one completed rocket from each level up one stage if they have the proper engineer employed in that zone. Any launch pad cards also progress, even if there is no engineer. Once per turn, if you are able to play all six cards in your hand successfully, you may draw up to the hand limit and continue to play. At the end of your turn you may discard any unwanted cards and then refill your hand, again up to the hand limit. Your drawn cards typically come from the draw pile, but you may elect to take just one from the top of the discard pile if you wish. 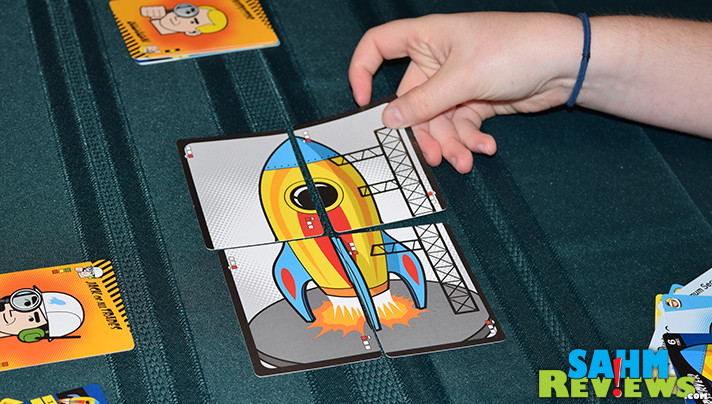 Once all Launch Pad cards have moved up to the Launch Zone and then to the center of the table, the final round begins with each player taking just one more turn and ending with the person who played the final launch pad card. Scores are totaled with players receiving points for every rocket in their Launch Zone and a bonus of four points if they contain both an astronaut and oxygen, or three points for an attached quality certificate. If you don’t have oxygen for your astronaut or a Mission Controller who ensures launch success in your tableau, you will receive penalty points. The person with the most points wins Launch Pad!

Launch Pad was surprisingly fun and while there isn’t much strategy (the game relies on the luck of the draw), the cute art and high quality cards (thick linen finish) give you good value for your money. Not one I’d expect to find at thrift, new copies are still on Amazon for under $15 and possibly at your local game store!

What is your favorite space-themed game?