If you thought we only brought two games with us to Origins Game Fair (Senshi & Dark is the Night), you must not know us very well! Our bag was full with games of all types and sizes. We wanted to be prepared for any gaming opportunity, whether it was a quick one in the hotel room with just our family or a longer strategy game set up on one of the custom board game tables in the hotel bar. I won’t disclose exactly how many we packed, but it rhymes with “heaven”.

No game bag would be complete without an easy-to-teach card game in its inventory. For this trip we elected to grab Star Plus by Korea Board Games / Sweet Lemon Publishing. While it has a similar name to a recent Thrift Treasure find, Luck Plus, rest assured that Star Plus has nothing in common with that decades-old dice & card game. 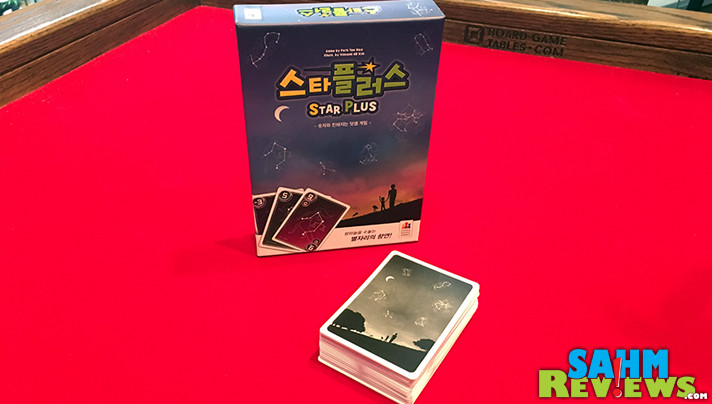 The 74 cards of Star Plus are themed in the twelve signs of the zodiac, with their corresponding constellations represented on the face. Cards are numbered from -3 through 9 (no zero) with an additional two cards sporting a lightning bolt and the image of Zeus, the god of the sky and thunder. Supporting up to six players, each participant is dealt a hand of nine cards from the shuffled deck. The remaining cards are set in the center of the play area, forming a draw pile. 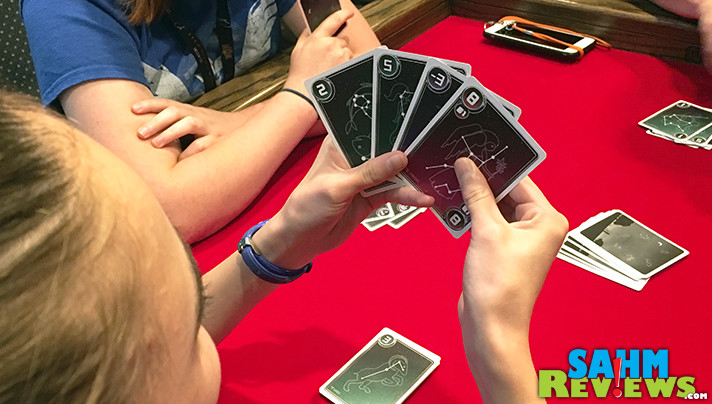 If you cannot or do not want to play the correct total on your turn, you will pass and draw two cards to your hand. Play moves on to the next player who must play the total you were supposed to. A couple of the cards award a special power when played – a seven or eight allow you to take two cards from the point pile of the player on your right or left, respectively. Playing a nine reverses the order of play. This can be crucial in Star Plus when you have an opponent that is about to go out. Reversing the order of play will help keep them from having the correct total needed when their turn comes around! 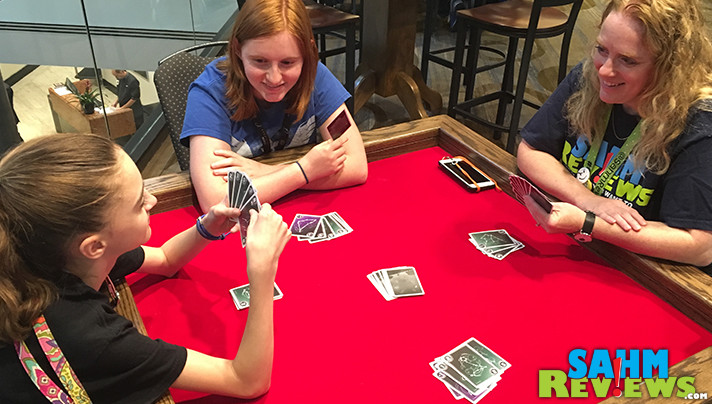 Any time three or more cards are played to make a total, a Black Hole is triggered. This introduces the requirement for all players to now submit at least three cards to make their totals. The first player who is unable to do so must draw four cards (instead of two). This also removes the Black Hole requirement and play continues with the next player in normal fashion. 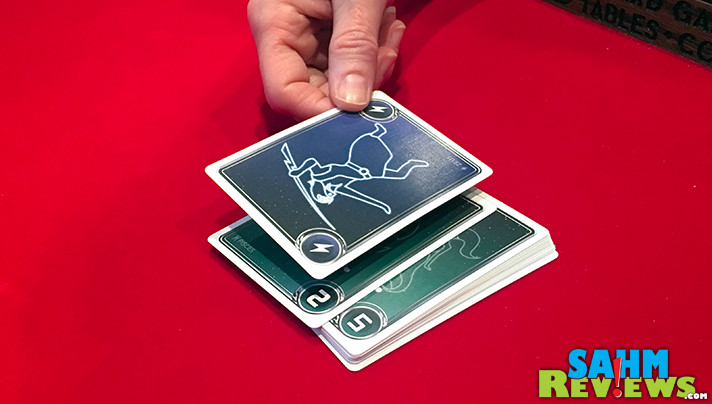 Lastly, there is the powerful Zeus card I previously mentioned. There are only two in the deck, so they must be used wisely. Zeus can only be played on its own and is a method of skipping your turn and passing play to the next person without penalty. It can even be used when a Black Hole is present!

The round ends when one player no longer has any cards in their hand or the draw pile is depleted. All players receive one point for every card in their point pile and subtract one for each card still in their hand. If the round ended by a player using the last card in their hand, they receive a five point bonus. A game of Star Plus is played over three rounds, with the person possessing the highest overall total winning the game! 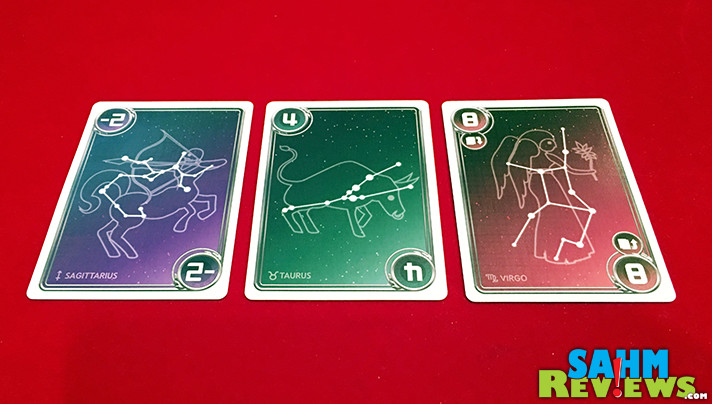 While themed with stars and zodiac signs, Star Plus really didn’t need a theme at all as the game play is hardly associated with the theme. But the family-friendly art and the inclusion of a currently-popular concept (stars) makes Star Plus attractive to all ages and might be chosen over a dry game of Spades or Hearts using a standard Hoyle deck.

We last talked about Sweet Lemon Publishing in January when we introduced part of their line and three of their current titles. One drawback for anyone who wished to purchase a copy of Yummy Yummy Pancakes, Topito or Spoil Me Not! was that they weren’t available through traditional channels in the U.S. The only way to procure a copy was to buy direct from Sweet Lemon’s website. In the subsequent months after our feature, Mayday Games announced it has picked up the rights to Yummy Yummy Pancakes and is reissuing it for the U.S. audience through Kickstarter! Hopefully that will be the case for many other Sweet Lemon Publishing titles! But until that happens, you’ll need to grab your copy of Star Plus direct from Sweet Lemon. It’s a quick game at a good price that will hopefully break into the U.S. market!

Have you played any star-themed games?