After a weekend full of all things Avengers: Endgame, we needed to take it easy. No spoilers here, but our collective minds were blown at all the unexpected twists and turns of what will probably prove to be the biggest movie of our lifetime. Every conversation at home has been about what happened, why and things we might have missed. We’ll be seeing it at least one more time in the near future.

Trying to play a long, strategic board game this week has proven difficult since it is nearly impossible to concentrate when discussions drift back to Endgame. Instead, we chose a quick speed and dexterity game, Pile-Up Rush, that could entertain us while still allowing the Endgame conversations to continue.

Pile-Up Rush is one of the latest offerings from Nice Game Publishing (formerly Sweet Lemon Publishing) and Korea Board Games. It’s a perfect example of a game that can be fun and frustrating to play, yet entertaining and engaging for all ages. 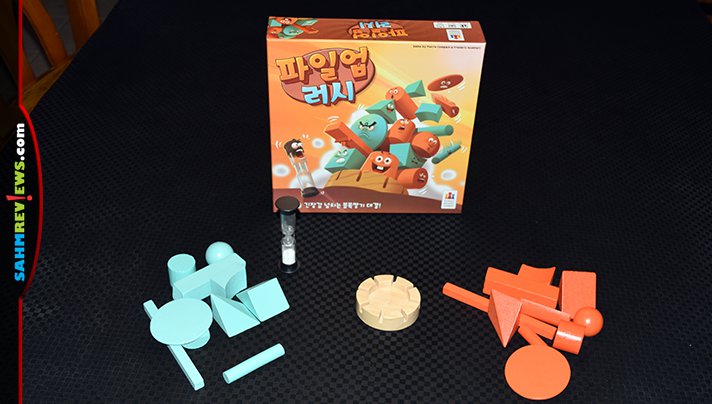 Four points – that’s all you need to amass in order to win at Pile-Up Rush. Supporting two players (or teams), each side receives all of the wooden shapes of their color. A neutral starting piece is set between the two participants and the included sand timer is placed close by and within reach of all players. 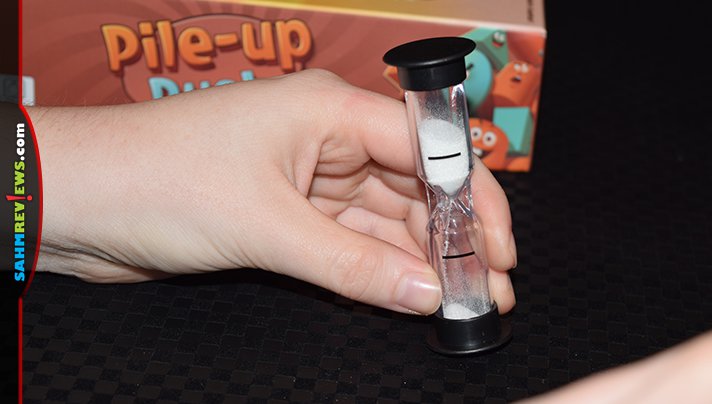 A game of Pile-Up Rush begins by flipping the sand timer and one side stacking as many pieces on top of the neutral block as they wish. When finished, the sand timer is flipped back over as long as it has been lowered below the printed black line (this restriction is for the first turn only).

Now the other person/team must place at least one of their pieces somewhere on the stack without knocking anything over. At all times, whoever is placing pieces may only use one hand and not touch any of the other pieces with their hands. They may nudge blocks using the piece in their hand, but as soon as one falls and hits the table, the round is over. 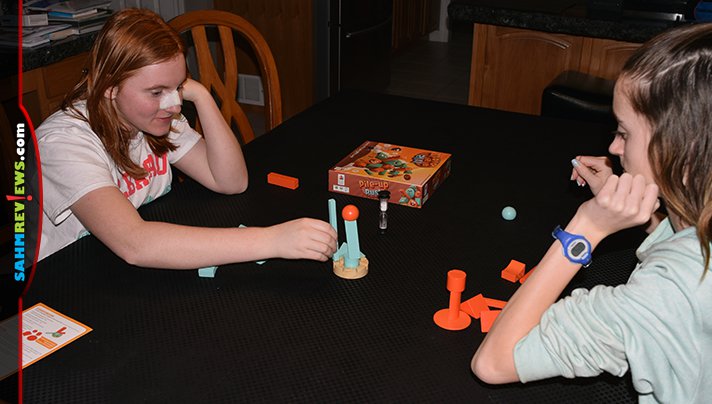 The team who did NOT cause a piece to fall receives one point by taking away one of their opponent’s blocks. Additionally, a round may end if one team lets the sand timer expire before flipping it. Again, the opposing team will receive the point. If you are able to stack all of your pieces on the center structure without it falling, the round ends with you gaining two points (taking two of your opponent’s pieces)! The first person or team to collect four total points/pieces wins Pile-Up Rush! 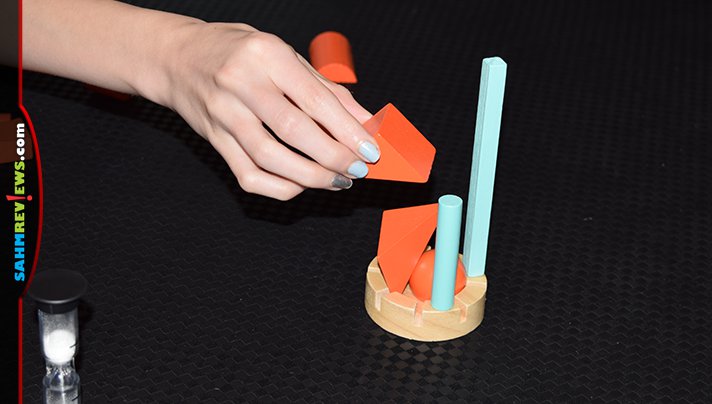 A quick game that can be played in well under the advertised 20 minutes, Pile-Up Rush was a perfect distraction from our Endgame questions and discussions. You won’t find this one on Amazon, but can purchase a copy directly from Nice Game Publishing on their web shop! 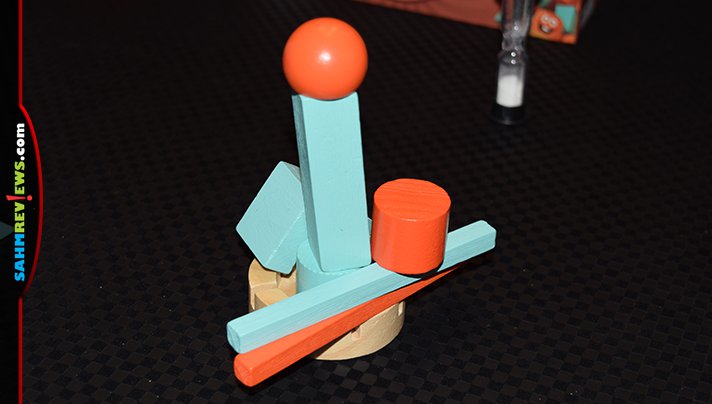 If you’re the type who likes to know about games before they become popular in the U.S., be sure to follow Nice Game Publishing on Facebook and Twitter. They’ve published a number of games that have garnered a cult following like Star Plus and Topito, and we’re sure there will be many more!

What is your favorite game that plays in under 20 minutes?