It was a little over four years ago that we found a copy of Laser Khet at our local Goodwill. We had seen it for sale at local stores, but didn’t want to pay the $40 MSRP since we weren’t sure if our girls would enjoy it or not. We now know that they did since they played our $3 thrift copy until the batteries ran out.

This year ThinkFun has picked up the game and reissued it as Laser Chess (what is a Khet anyhow?). While the Khet version was Egyptian-themed, this new one is theme-less, giving them the ability to design the pieces how ever they wished. What they came up with is something that looks more robotic. This makes sense since we’re dealing with lasers. I don’t think Cleopatra was an expert in futuristic weapons… 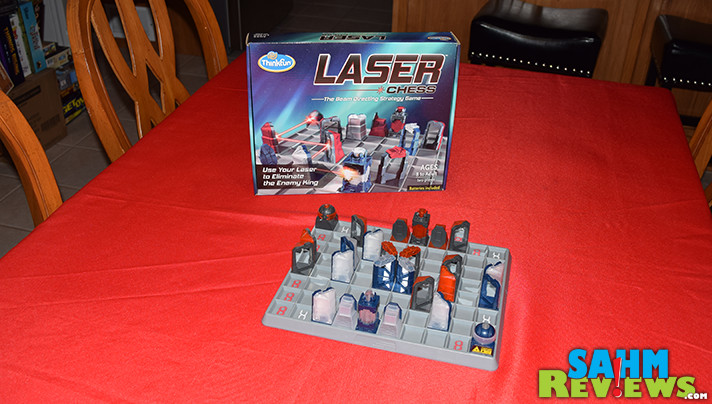 The game play and objective of Laser Chess is the same as its predecessor – to be the first to eliminate your opponent’s king. Supporting two players, each side sets up their pieces identically according to the instructions. There are various layouts you can use so games have some variability. 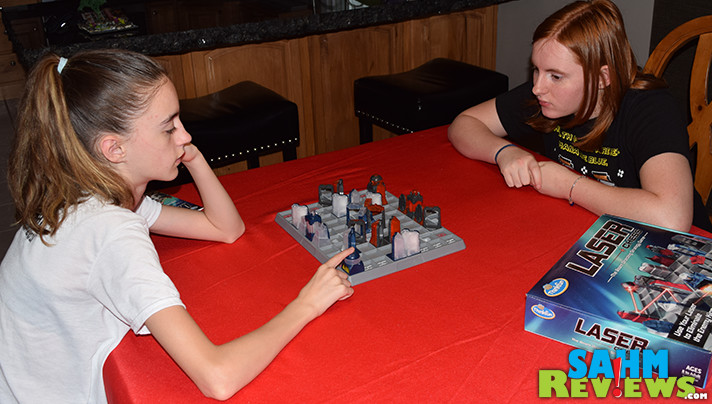 You have a total of five different figures. One King, two Switches, two Defenders, seven Deflectors and a Laser. The King piece is what you’re trying to protect and he is vulnerable on all sides. A Switch has a 45° mirror on one side that reflects the oncoming laser 90°, but is still vulnerable on the two sides on the other side of the mirror. The Deflector is much like a Switch, but it has mirrors on both sides. This makes the Deflector indestructible! 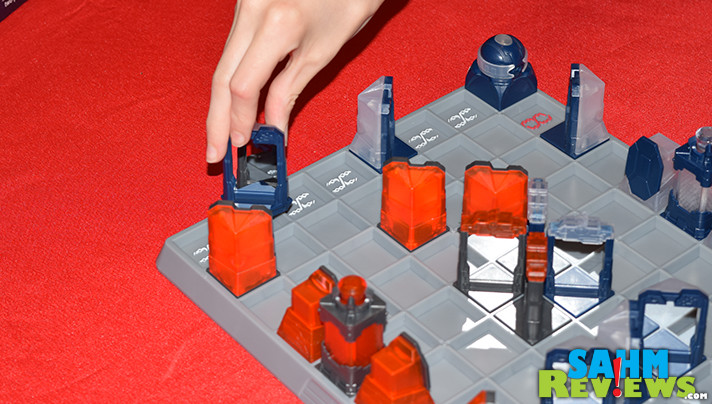 Your two Defenders have a large shield on one side that absorbs the laser. They are only strong on the front, as the other three sides are unprotected. Lastly, of course, is your Laser. It sits in your corner and cannot be moved or destroyed. It is activated at the end of your turn to shoot at the opponent, hopefully removing one of their pieces or hitting their King! 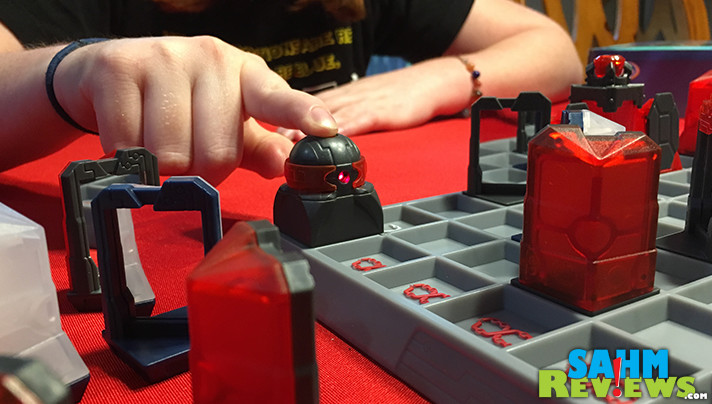 On your turn you will perform one of three actions. Either move any one piece one space in any direction (including diagonally), rotate a piece 90° in either direction without moving or rotate your laser pointer so it fires down the first row or column. Now it is time to fire your laser by pressing the button on the top of the Laser piece. It will enter the play area, bounce off your (and your opponent’s) pieces and either stop on a piece (which is removed from the game), hit a Defender’s shield, leave the board or hit the King. 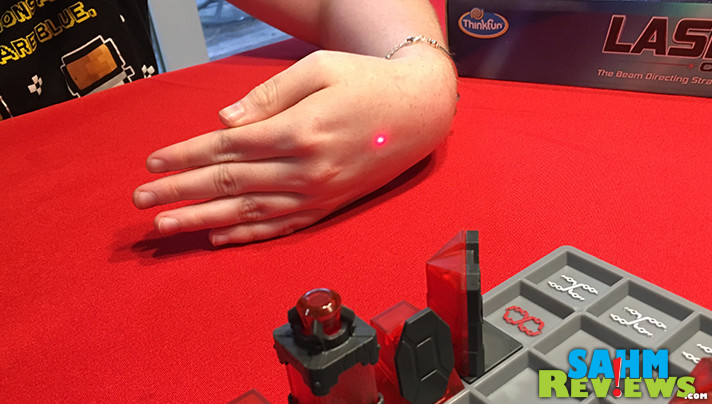 There are few movement limitations when you’re taking your turn. The red player may never move into spaces with a white helix pattern and the blue player must stay out of the red squares. You cannot bump other pieces nor occupy the same space. Otherwise you can move wherever you’d like! Players take turns taking one of the listed actions and firing their laser until one is eventually able to line up their Laser to strike the King. That person is the winner of Laser Chess! 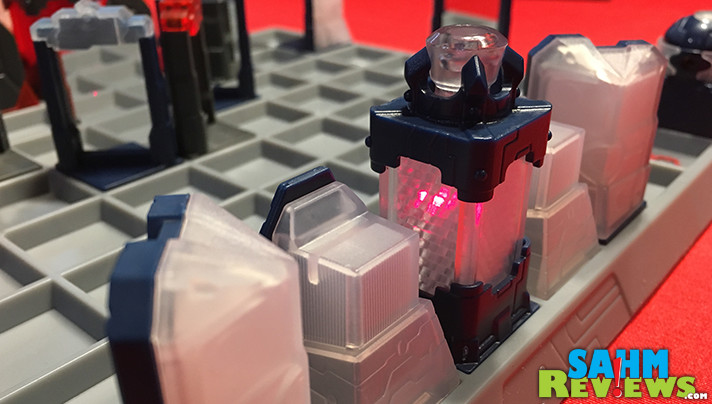 This new version of Laser Chess also comes with a $40 MSRP, but now that we know how much our (then) pre-teens enjoyed it, feel comfortable recommending it at that price. You can find your copy on Amazon or at your local retailer, maybe on sale! As always, make sure you set your beam on ThinkFun’s Facebook and Twitter timelines so you don’t miss out on their next new game!

And here’s an even better deal! ThinkFun has graciously elected to award one lucky SahmReviews.com reader a copy of Laser Chess by entering the contest below! Don’t forget to come back each day for additional entry opportunities! Good luck!
Laser Chess Game Giveaway