This week’s Thrift Treasure didn’t set us back a penny. In an odd twist of events, it was mistakenly included in another game we recently purchased at Goodwill. Last week’s feature was all about Rummikub Rummy Dice, and when we originally found it at the store we did what we normally do – open it up and check for missing pieces.

The instructions for Rummikub Rummy Dice simply said nine custom dice and two plastic pieces that make up a carrying case. We counted the dice as they are the important feature of the game and quickly glanced over the rest of the box to verify there were other plastic pieces. As it turned out, not only was there the correct two plastic pieces to make the dice cup and plastic board, there was a third that was upside down in the box. It didn’t belong to that game – it was a different game on its own!

We’ve all played Shut the Box at one time in our lives. It usually is made from wood and has a large dice-rolling area along with the numbers 1 through 9 (sometimes 10). We didn’t immediately recognize this to be Shut the Box until we also discovered the instructions inside the instructions for the other game! Like Rummy Dice, this version is also by Pressman and is a portable travel version of Shut the Box! 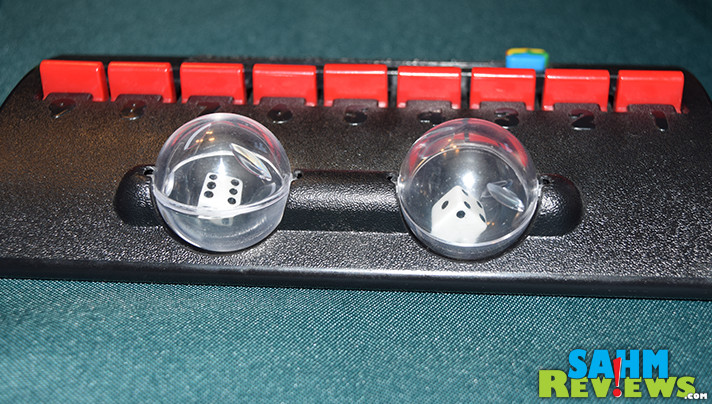 This travel version of Shut the Box plays in the exact same way except it has two very unique dice-rolling spheres to make sure you don’t lose your dice when playing. Different from the Pop-a-Matic dice rollers we’re used to in other games, these simply spin on an axis and each has one small die inside. Spin them both and slide down the plastic covers over numbers that total up to the dice’s sum. When you run out of rolls, score your result using the color-coded sliders at the bottom of the board. 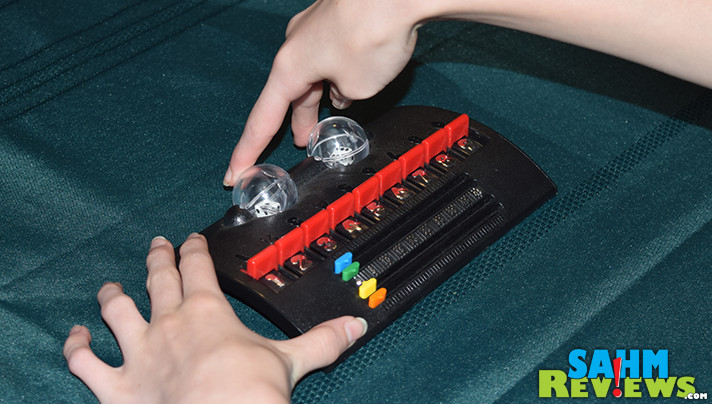 Supporting up to four players, each person takes turns rolling and scoring until one player reaches the end of the score track. At that point the rest of the players take their turns so everyone has had an even number of tries and the player with the lowest overall score is the winner of Shut the Box! 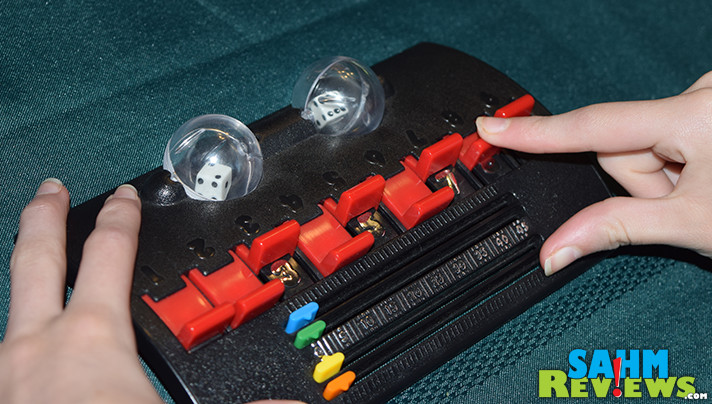 We don’t have the original box this was supplied in, but I guess that’s the purpose of having a travel version. You can take it with you without worrying about having the box with you or losing the components. How did it end up in the box for Rummikub Rummy Dice? We’re guessing either the person donating it threw it in there or Goodwill did when they realized it was donated without the box and they assumed it was the same game since it was by the same publisher. Either way, it was a free game for us! 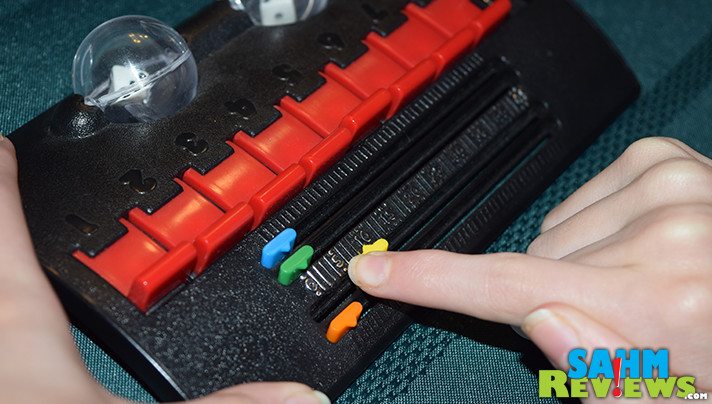 There is no shortage of companies that have made versions of Shut the Box and you can find plenty of used copies on eBay or brand new ones on Amazon! They all play the same, so pick the one that fits your style the best or handles the number of players you’ll need. While it won’t be free, used ones can be found for just a few dollars plus shipping!

Have you ever played Shut the Box?