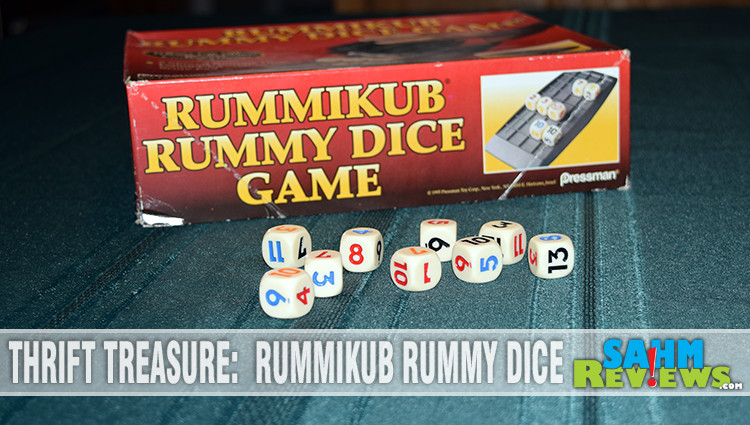 There are a number of games we see over and over (and pass over) at thrift. You know the ones I’m talking about – Scene It, Trivial Pursuit, Rummikub, Mall Madness…the list goes on and on. But just like when we find variations of Connect 4, finding an obscure version of a classic game is something we celebrate.

This week we came across one that is new to us – Rummikub Rummy Dice Game. We pass on Rummikub at thrift simply because we already have a copy (or two) handed down to us. And we’ve been known to buy extra tiles while at a Goodwill Outlet where you pay by the pound and use them in craft projects. But this one looked very different and it had the thing that Nicole loves most – dice! 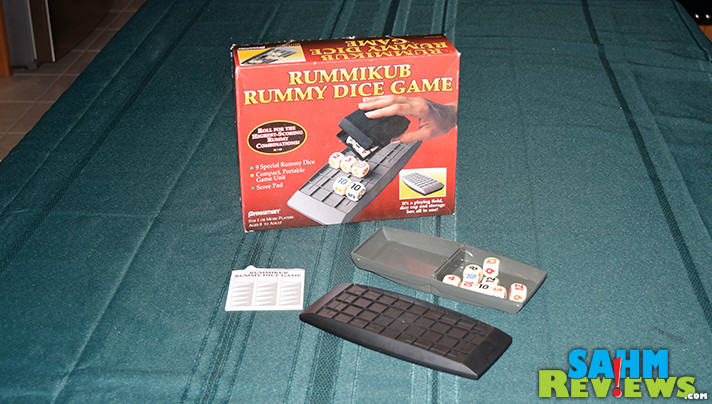 Inside the box you’ll find nine custom dice, score pad, a foldable dice ‘cup’ and a plastic board to help you arrange your rolls. When the cup and board are combined, they form a hand travel-friendly container to hold the dice and the score pad! 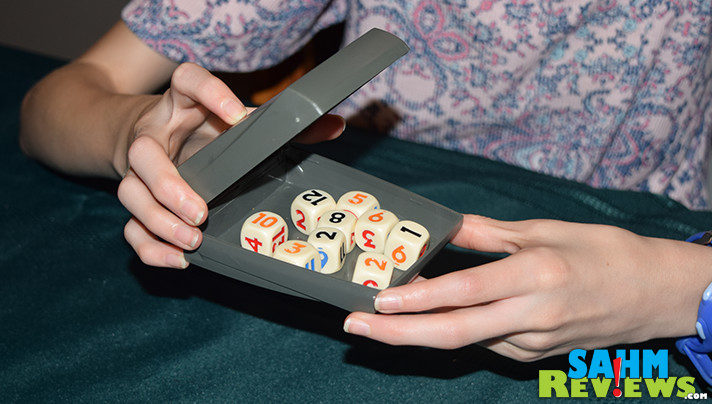 Rummikub Rummy Dice Game is played over five rounds, each resolving in the exact same way. On your turn you will roll all nine dice (and re-roll up to two additional times, Yahtzee-style). The dice are numbered 1 through 13 in four different colors, with the last two dice sides containing a smiley face denoting a “wild”. You are trying to create sets of 3+ dice that either match in number value or create a sequence of consecutive numbers of the same color. 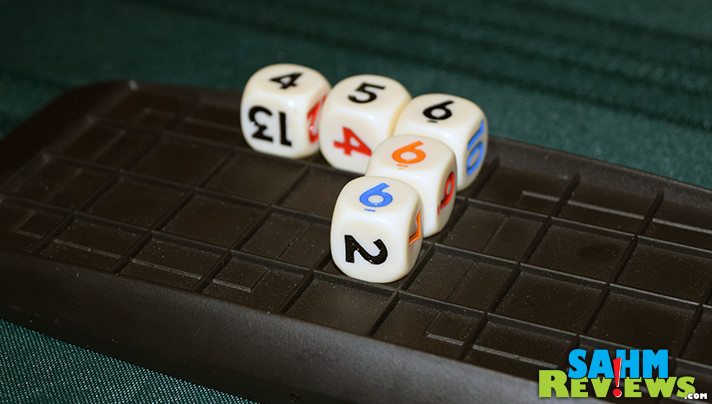 You can also arrange your dice crossworld-style to help complete a set and allowing you to score the double-used die twice. After your rolls are complete and your dice arranged as you like, you will score your turn. Receive one point for each die in a completed set (either matching numbers or sequences). As mentioned previously, if you use a die twice, score it twice. 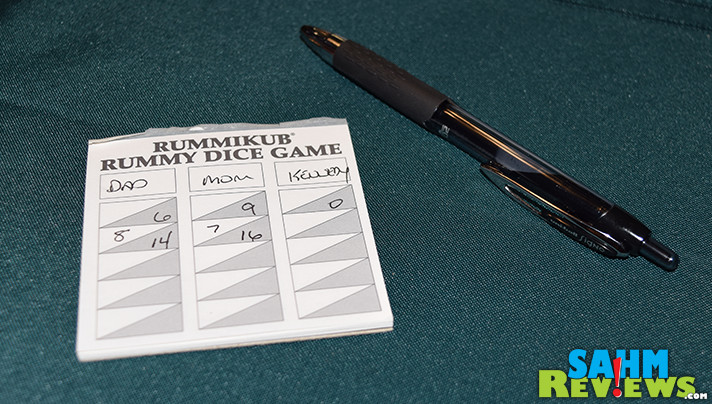 If you are able to use all nine dice to create runs of two colors, score 20 points instead of one per die. Same goes for using all nine to make three matching groups of numbers! If you use all nine, but a combined set was formed (crossword-style), then score 15 points. Check your dice carefully because the same results may score differently depending upon how you arrange them! 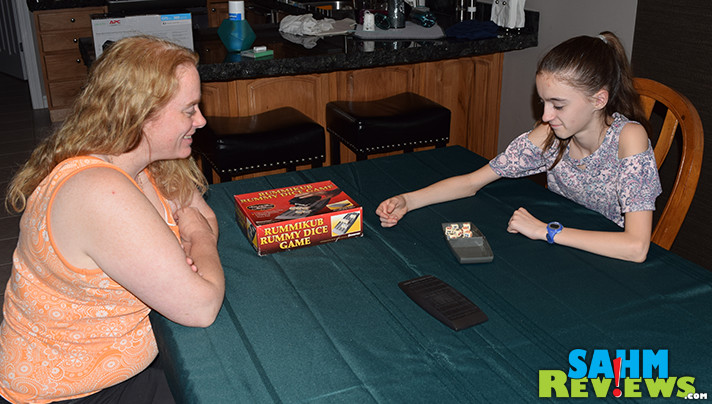 Play passes onto the next player while your score is recorded on the score sheet. The game supports an unlimited number of players (even just one), but obviously the more player the longer the game will last. After five rounds in total are played, the player with the highest overall total wins Rummikub Rummy Dice Game!

Rummikub Rummy Dice Game actually turned out to be quite fun and a nice variation on not only Rummikub, but Yahtzee as well. Originally published in 1995, it is available brand new on Amazon for just over $20. If you can’t find one at thrift, your best bet is to pick up a copy on eBay where it can regularly be found for around $10 shipped!

Have you ever played this version of Rummikub? How about the original?