We could hardly pass on this week’s Thrift Treasure at our local Goodwill since it was only 88 cents. Plus this copy of Monster Mashup came in a tiny metal lunch box! Even if we didn’t enjoy the game, I’m sure we could find a use for the cute carrying case!

Monster Mashup is a cute card game targeted squarely towards the 4-6 age range. It is extremely simple to learn and teach, and with the family-friendly (and humorous) illustrations, should be easy to convince the whole family to play. Plus there’s a bit of educational value for those toddlers that are having difficulty understanding left vs. right. 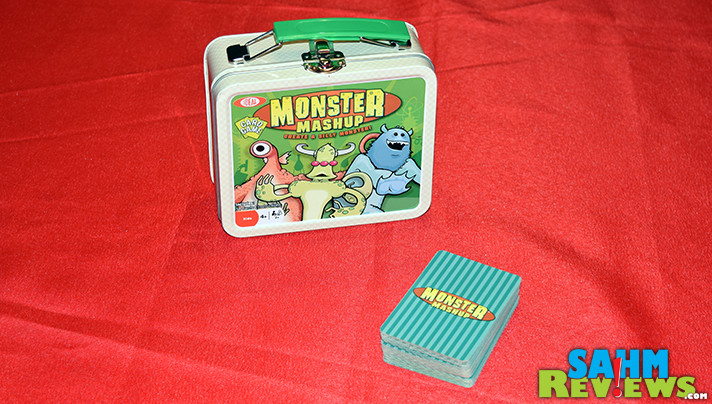 The included 54-card deck is comprised of 30 different monster parts, 18 “take-a-part” cards, four Scientist cards and two Wild cards. Setting up a game is as quick as dealing three cards to each player and setting the remaining cards in the center of the play area as a draw stack. 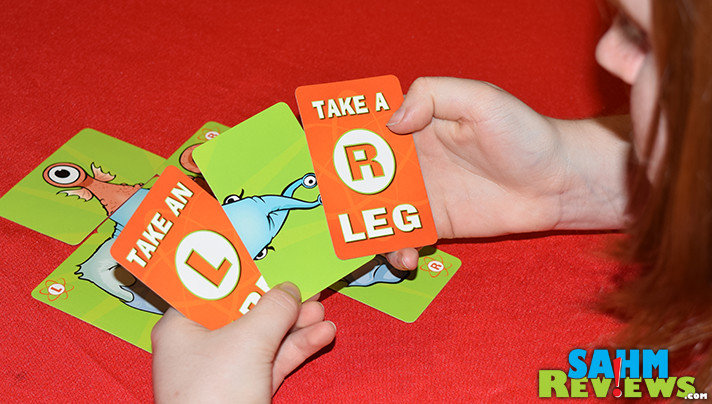 Starting with the youngest player, on your turn you draw one card from the deck and choose a card from those in your hand (at the moment, four cards) to play to your personal tableau where you are building your monster. You can play any body part (head, body, right or left arm, right or left leg) to your monster as long as you don’t already possess the same type of part. 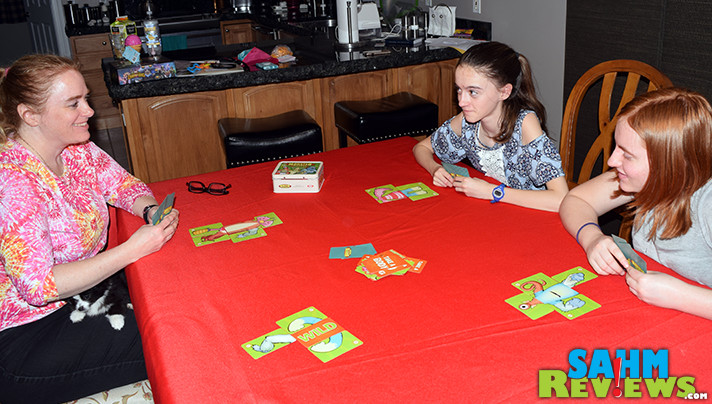 The “take-a-part” cards allow you to steal a needed part from another player’s monster and place it into your own. These are best used when an opponent is close to finishing theirs and since they’ve been ignoring cards of that part type, probably don’t have replacements in their hand. 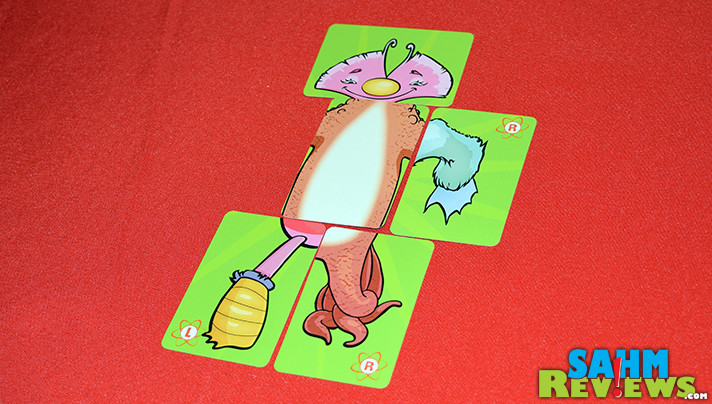 Scientist cards simply allow you to draw two additional cards from the draw pile and then discard two. This helps you get the cards you are looking for faster, but does take up a turn. Lastly, Wild cards may be played as any part type, but once it is played it cannot be moved to another area of your monster. If stolen by another player, they must be able to use it as the same part type as you did – they can’t swap it out either! 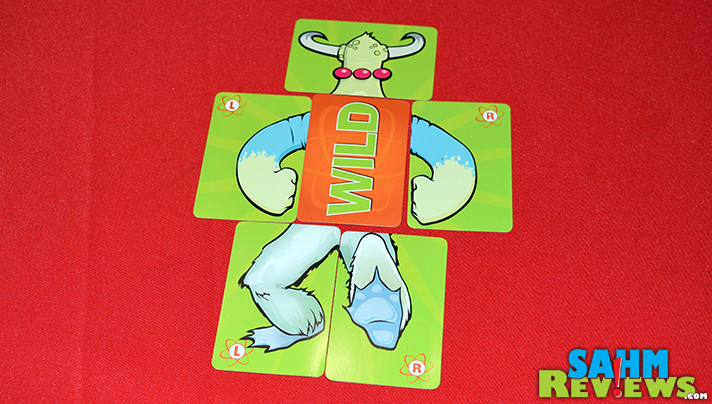 Monster Mashup continues until one player completes their monster by playing all six pieces. The final result will be a mashup of the five different monster types included in the game. Some may look normal, while others will certainly fall on the silly side! Advanced rules call for collecting only parts of the same monster, but we don’t suggest playing with these rules as they nullify a good majority of the cards. For instance, why would you steal a card from another player? They’re working on a different monster!

You can find copies of this out of print game on eBay for semi-reasonable prices, but Monster Mashup is probably best picked up for a buck or two if you see it at thrift. It won’t win any game industry awards, but will still provide enough entertainment for the young ones in the family at the cost of a dollar menu item.

Have you ever seen a game packed in a lunch box?