I’ve said many times that I have a love/hate relationship with trivia games. They’re difficult to play because I’m either playing with my family and have to factor in the age-difference with the kids or I’m playing with my regular gamer group who are a bunch of geniuses. Trivia games need to be more than simply a regurgitation of knowledge for me to really enjoy them. Ones that have succeeded for us are centered around a single topic (like trivia about the Marvel Cinematic Universe) that everyone playing knows or games that put a spin on it with the ability to score points for being close or even score in other ways. Otherwise, I often feel like an idiot. 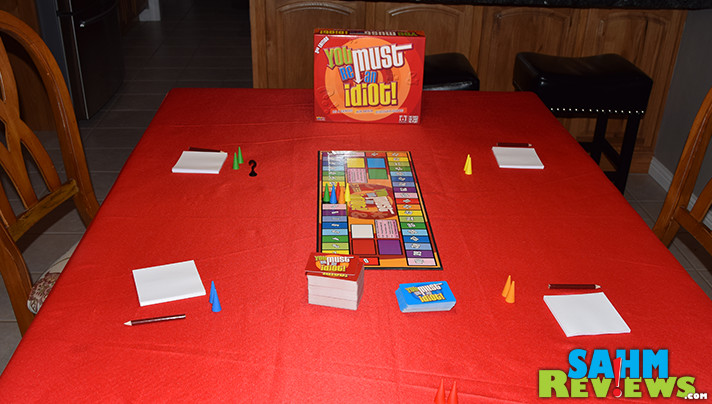 Of course, a game titled “You Must Be An Idiot!” must thrive on people like me. The game from R&R Games builds in the ability to answer questions incorrectly. Actually, it encourages incorrect answers for some players! You can be an idiot or feign stupidity and may still score points and win. Sounds like my kind of game. 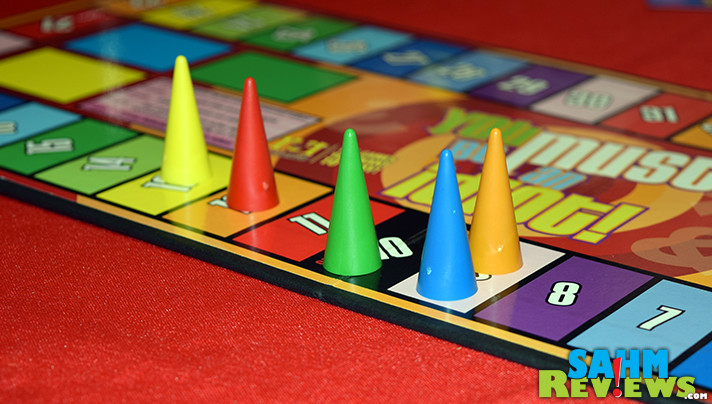 Setup is simple. The board is set up in the center of the table. Each player takes a pencil and notepad then claims a color and takes the corresponding dunce cap shaped pawns of that color. Place one pawn on the START space on the board and the other two in front of you. One person will be the starting Genius and play will continue until each person has been Genius a designated number of times (depending on the number of players). The Genius draws a trivia card. Everyone else is dealt a card from the WHOAMI deck which includes a mix of Brainiacs and IDIOT! cards which are kept secret for now. 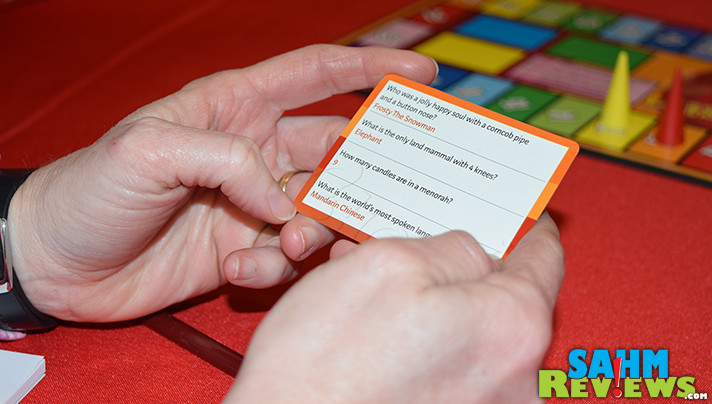 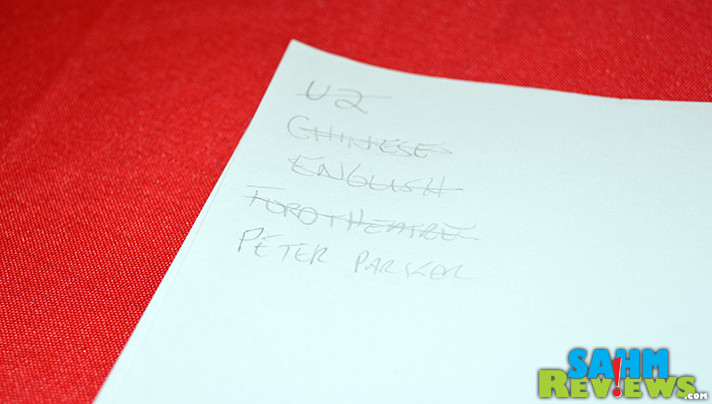 After everyone has written down an answer, proceed clockwise from the Genius to reveal your answer. Everyone who has written a correct answer shows their identity. If your identity is as a Brainiac AND answer correctly, you’ll advance your pawn two spaces on the board. If you answer correctly as an IDIOT!, you don’t advance at all. 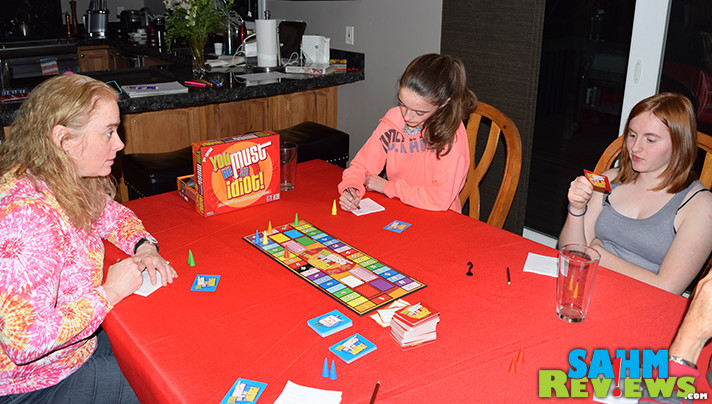 Now those extra pawns come into play. You may use ONE of your extra dunce cap pawns to accuse someone of being an IDIOT!. It’s possible that multiple people may be IDIOTS! or perhaps only one… or none! If you’re curious what the other dunce cap pawn is for, that’s call the “What’s-My-Color?” pawn and is kept in front of you so you don’t forget what color you are. 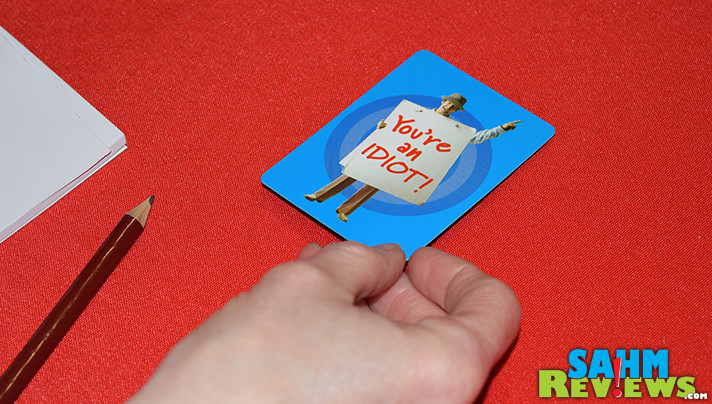 After all accusations are done, the remaining identity cards are revealed. If you ARE an IDIOT! (and answered incorrectly) but nobody accused you, you advance three spaces. If anyone correctly accused you of being an IDIOT!, they advance two spaces. Remember how I said you can be a Brainiac and answer correctly and still get points? Well, if any player incorrectly accuses you of being an IDIOT!, they lose a point and you earn one!

At the end of the round, the title of Genius moves to the next clockwise player, new identity cards are drawn and a new question is asked. The winner is the player who has advanced the furthest after the predetermined number of turns. Some of the questions are easy, others more difficult, but the beauty of the game comes in trying to navigate the identity cards. R&R Games has a great mix of strategy and casual games for families as well as seasoned gamers. You won’t be an idiot if you’re following their latest announcements on Twitter and Facebook. Of course, you can prove your trivia knowledge (or try to be an idiot) by grabbing a copy of You Must Be An Idiot! on Amazon and playing it with family and friends.

Would you be able to hide your knowledge and win at this trivia game?

9 thoughts on “You Must Be An Idiot Trivia Game Overview”