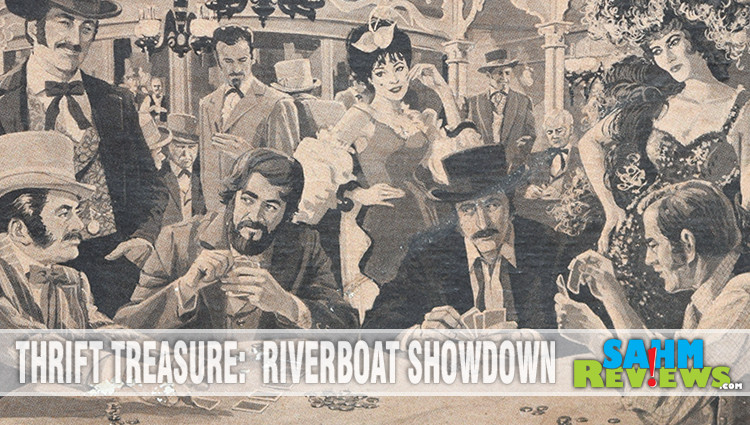 When we came across this week’s Thrift Treasure at our local Goodwill, we weren’t surprised at all. At first we thought it was a very old card game based on the box’s design, but it turned out to only be vintage – made in 1976. It was the theme that made us smile. You see, we live in the Quad Cities, IA/IL and have our fair share of riverboat traffic. We were the home to the first riverboat casino back in the 90’s and are a popular dock for a number of Mississippi River cruises. So this appropriately-themed card game, Riverboat Showdown, is right at home in our city! 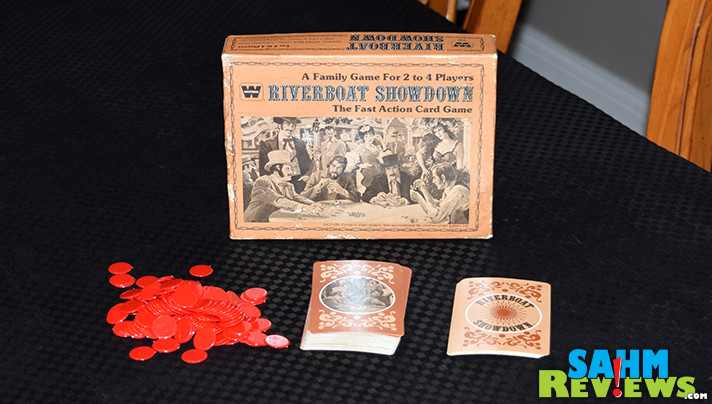 Riverboat Showdown is another in a long line of games by now-defunct Western Publishing and focuses on riverboat gambling in the early part of the 20th century. But it doesn’t really have gambling as a game mechanic. I guess you would say it is part push-your-luck and the rest luck-of-the-draw. 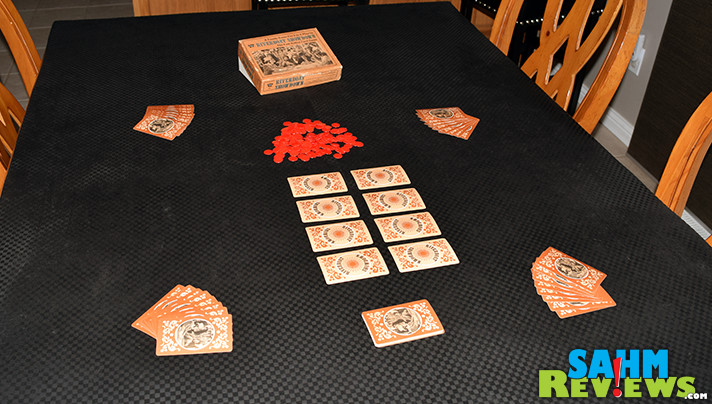 In the box are a bag of tiny plastic chips and a deck of 54 cards. Eight of the cards are special Riverboat Showdown cards and are shuffled separately and dealt in a line in the center of the play area. All players (up to four) are dealt a hand of eight cards from the remaining number and wild cards.

Before the game begins, an agreed upon length is determined. Riverboat Showdown doesn’t last for a number of rounds like most other games, its length is solely determined by time. The rules recommend one hour, but we found that to be a bit long. I would suggest somewhere between 15 and 30 minutes and set a timer to keep track. 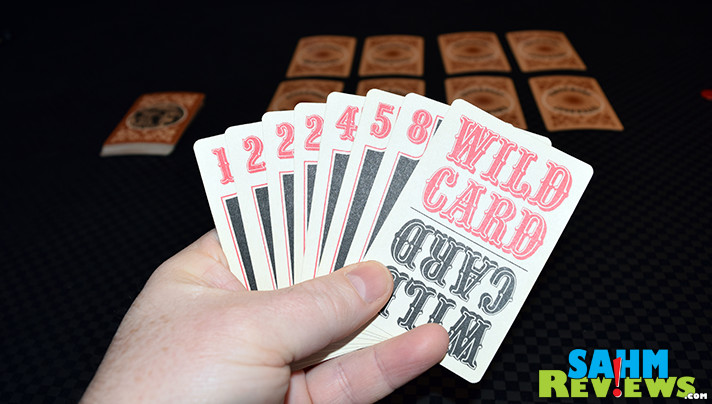 The goal of Riverboat Showdown is to have the most chips at the end of the game. Each hand is played over as many as eight rounds, corresponding to the Riverboat Showdown cards in the center of the table. The first card is revealed, which will be a number one through eight. Each player in turn order then plays a card from their hand. 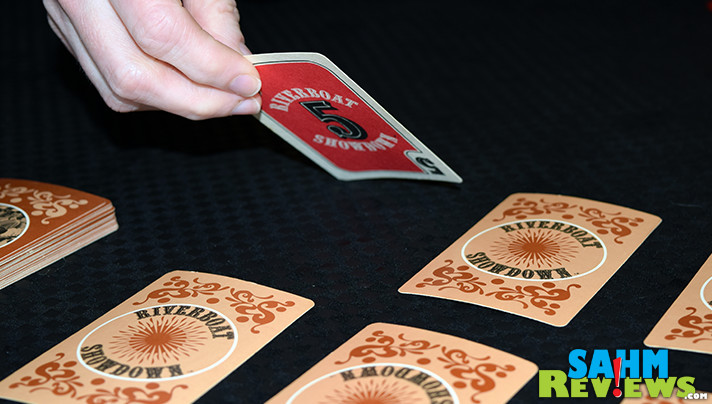 If you play a card with a number higher than the active Riverboat Showdown card, you must pay chips to the pool equal to the difference in values. If you play one lower then you may collect the difference from the pool. However, you can also play as many cards as you have that match the Riverboat Showdown card without paying or collecting anything. Why would you want to do that? 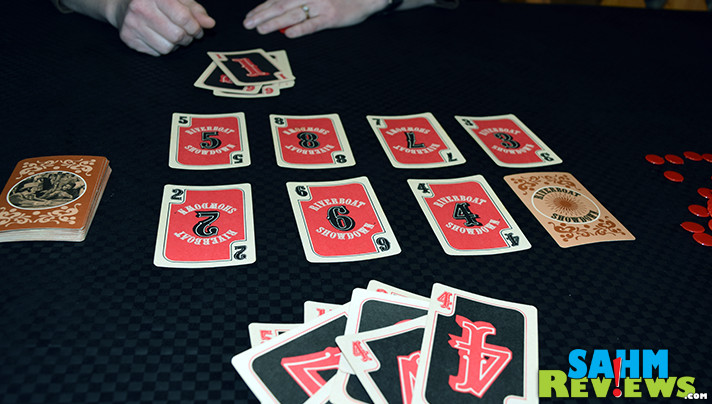 Once any player submits their last card, that game will end once everyone has had their turn submitting to that Riverboat Showdown card. Any players that have cards still in their hand must pay chips to the players that went out equal to the face value on their cards. If more than one player went out, then the chips are split evenly with any extra returned to the pool. 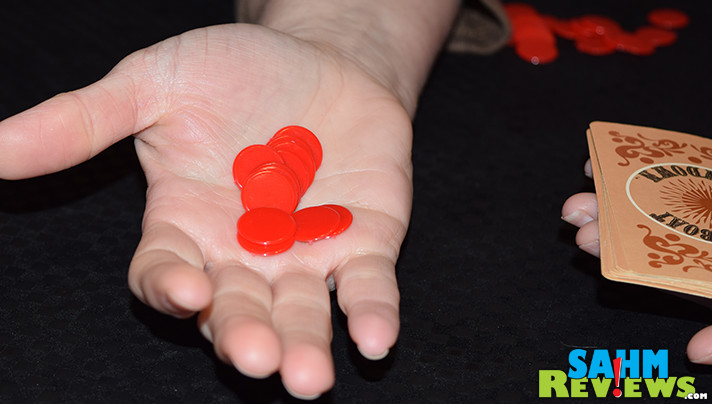 There are two wild cards in the deck that can be played as any number. You might wish to play them as the active Riverboat Showdown value to get cards out of your hand quicker or as a “1” when the Riverboat Showdown card is an “8”, thus collecting seven chips! Cards are reshuffled and another game is played in exactly the same manner. When your timer rings, finish up the current game and the player with the most chips wins Riverboat Showdown!

This 40+ year old game was only published the one time, but in two versions – English and German. Copies are pretty easy to find on eBay with prices all over the place. Definitely worth a few bucks if you find it at thrift, but I would hesitate paying much more unless you’re like us and live in riverboat country! The nostalgia premium might be worth paying a little more!

Have you ever taken a ride on a real riverboat?