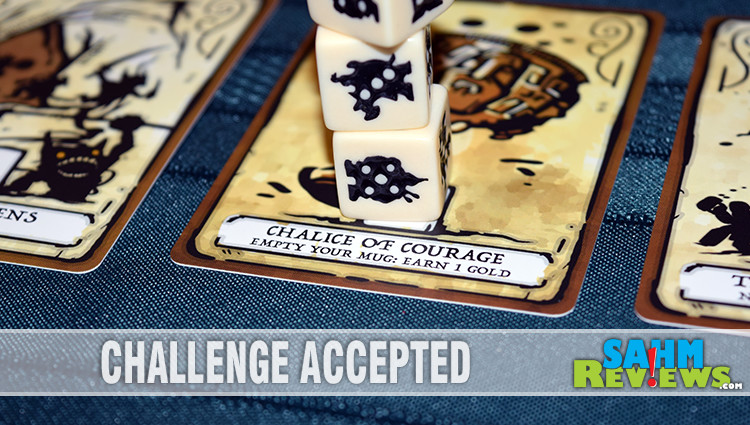 One of the things we love to witness is that of a brand new company making its way past their first game issue and on to another one. That means they (hopefully) at least broke even on their first offering and weren’t soured enough to give up on the industry completely. You’d be surprised how many “one hit wonders” there are in the game world. And even more that never make something that would qualify as a “hit”.

Almost exactly two years ago we featured a game by a brand new company called Imbalanced Games. Their very first title, Titan’s Tactics, was our choice of entertainment when one of our daughters was home sick from school. Thanks to a little medicine and rest, she was feeling a bit better and we didn’t want her sitting on the couch in front of the TV all afternoon. Titan’s Tactics was the right solution for our situation because it only needed two players and the total game could be played in under 30 minutes (in case the medicine wore off). 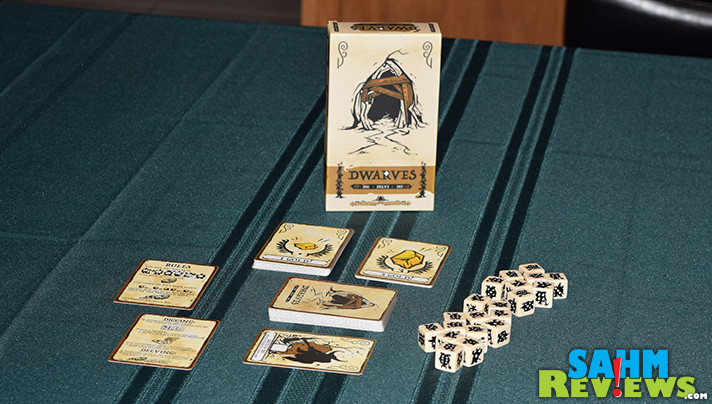 Fast-forward to today and Imbalanced Games has shipped their second game, Dwarves: Dig, Delve, Die. This one is again a game about fighting, but this one supports three to six players and has some of the cutest dice we’ve ever seen. If you love everything about dwarves, you’ll want this game just for the dice alone. And since they’re standard six-sided dice, you could use them in any game as a replacement! 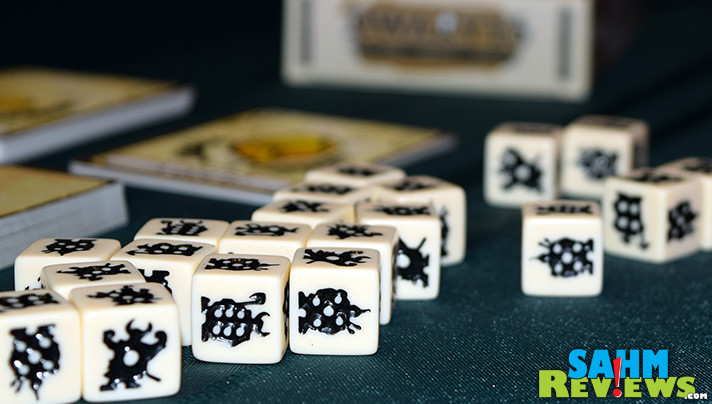 Included in the box are twenty of these custom dice along with 46 cards made up of the mine, gold and rules. You are playing the game as a manager of a team of dwarves who are descending into a mine (delving) looking for gold. There are a pool of 20 dwarves (represented by the dice) and you are recruiting them to go into various parts of the mine and performing whatever action is noted on that section. 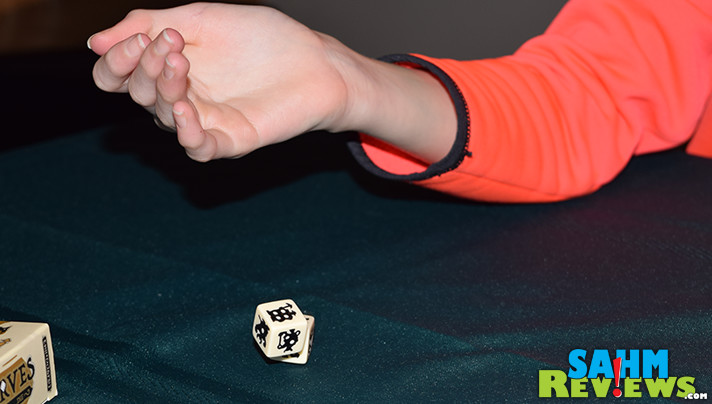 The mine cards are shuffled and placed into a pile, with the Delve & Dig card placed face up to the left of the stack. This represents the entrance to the mine and will always be the first card in the line. Gold cards are set in stacks next to the mine within easy reach of all players, along with the pool of dice. At the beginning of each player’s turn they will simply take one new die from the pool and roll it along with any other dice they have retained from previous turns. 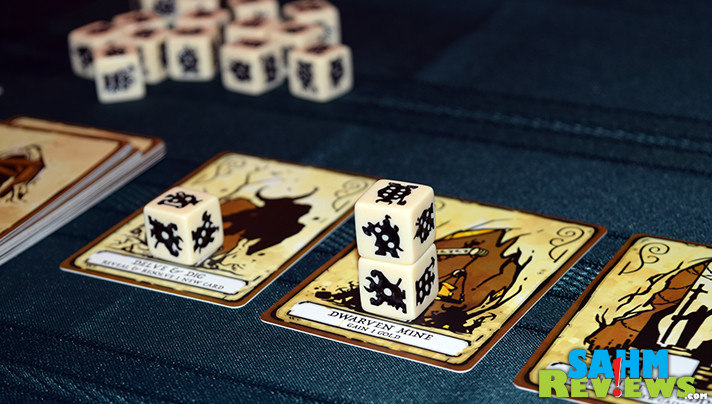 Once rolled, place the dice onto any of the revealed mine cards. You must place all of your dice and can only put them on cards that have lower or equal-valued dice (or none at all). Once all are placed, peering down from above the cards, look for the mine sections that have the lowest number on the top of their stack. These will be the active cards and you begin to resolve them from left (entrance) to right.

Take the top die and do the action printed on the card. If there are additional cards with the same numbered dice, which was the lowest value for the turn, you also take that die back to your personal pool and resolve that card. These dice are saved until your next turn, where you will be adding one dwarf to them and rolling again.

Some cards simply award you with one gold. Others have you drawing new cards, adding to the mine. If you’re unlucky there might be a cave-in, killing all the dwarves (oh no!) and returning all cards except the entrance to the draw pile. Here is where we should note there are a couple cards that turn Dwarves: Dig, Delve, Die into a drinking game, giving rewards for whoever empties their mug first. There are only a couple cards in the deck that need to be removed to make it a more family-friendly game, so don’t let that aspect deter you from considering this game for your family. 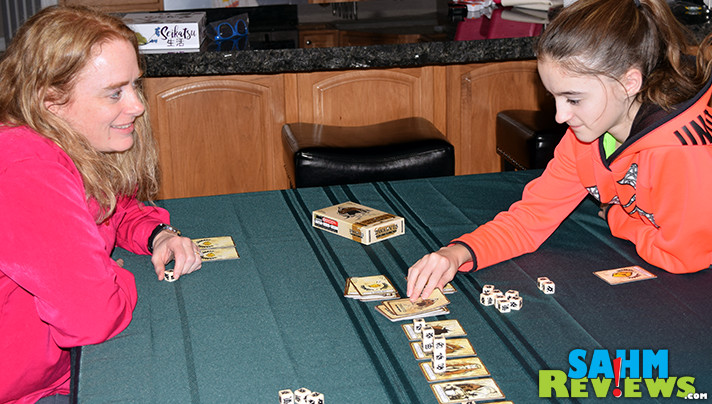 Players keep taking turns in order (or reverse order if the appropriate card is activated) until one person obtains their fifth piece of gold and is crowned the winner of Dwarves: Dig, Delve, Die! While rated for ages 13+ on the box, it can easily be played by kids much younger if you tone down the descriptions (cave-ins don’t kill them, they run out in time back to town) and remove the aforementioned drinking-themed cards.

Now that you know how Dwarves: Dig, Delve, Die stacks up (pun intended), you can purchase your copy on Amazon for under $25 or at your local game store. With their second game under their belt you’ll certainly want to be following Imbalanced Games on Facebook and Twitter to see what they’re working on for their third project.

Aren’t those the coolest custom dice you’ve ever seen?