With the exception of the decade that I lived in Los Angeles, I’ve called the Quad Cities my home. I grew up outside of the metro area but attended high school and college at Davenport schools and my first apartment had a Davenport address as well. Over the years, I’ve watched the city grow. What once were back-roads became main thoroughfares. Businesses have come and gone, entertainment has morphed and the overall landscape and skyline have changed. With as much as we travel and share about other cities, we have realized that we’ve neglected to share much about what is happening in our own backyard. So we’re setting out to fix that!

We regularly enjoy finding new restaurants while revisiting some that are tried and true. I’ll be honest though and say that I often select a restaurant based on my one or two favorite dishes and eat there specifically to order that particular food. If you live here or are making a trek to the Quad Cities for work or fun, these are a few restaurants in Davenport worth checking out.

7250 Northwest Blvd, Davenport, IA
I’ve always known it as the Iowa Machine Shed, but apparently it’s because I’m old and that’s what everyone I know has always called it. It’s a throwback to classic, home-style cooking with decent sized servings and a farm-inspired motif. There’s a gift shop filled with a variety of thematic products and even a hay rack out front and offer rides when the weather cooperates. As for the food, we usually dine there during their Sunday brunch, but we’ve also eaten regular meals there as well. We’ve always been happy with their food. If you eat there, make sure to get a cinnamon roll as it’s one of their signature items.

614 West 5th Street, Davenport, IA
I don’t remember exactly how we discovered this hidden treasure, but it’s one I often tell people about. Hidden away on a small road behind the Scott County Courthouse, they offer coffee house drinks, soups, salads, paninis and desserts. Their muffaletta hot pepper spread paninis are incredible. If you plan to visit, check a map ahead of time to get a feel for where it’s at because when I said it’s a hidden treasure, I meant it literally as well as figuratively!

207 W. 53rd Street, Davenport, IA
As the name suggests, this is the place to go for Gyro sandwiches or even a Gyro salad. Yes, they have other foods, but as I said before… I often revisit places specifically for one particularly awesome dish. I recommend ordering fries as a side, but be prepared to be stuffed. We often split a Gyro/fry combo and walk away feeling plenty satisfied.

200 W. 3rd Street, Davenport, IA
When the girls were little, I would often chastise them for wanting to order mac and cheese off the children’s menu. I would say, “If you wanted mac and cheese, we couldn’t have stayed home.” Yet when it comes to this restaurant, I almost always order their Darn Big Grilled Cheese sandwich. To be fair, it isn’t your typical grilled cheese. In addition to American and Cheddar Cheeses, it arrives on Parmesan-Crusted Sourdough Bread alongside a tomato-basil dipping sauce that IS as the name describes, pretty darn big. Madison and I often are able to share one and both walk away full. This is my favorite dish, but I’ve had their salads and other sandwiches, Scott always orders a burger and we almost always order cheese curds and we’re always happy with the combination of flavors.

589 E. 53rd Street, Davenport, IA
I have two words for you: Lettuce Wraps. Order whatever you like from the diverse fusion menu, but I’m going to always order Lettuce Wraps. They arrive with a plate of lettuce and a second plate of filling. You build the wraps yourself adding as much or little filling as you like. We’ve had other foods here, including fried rice and other entrees, but it’s the lettuce wraps that keep me coming back. 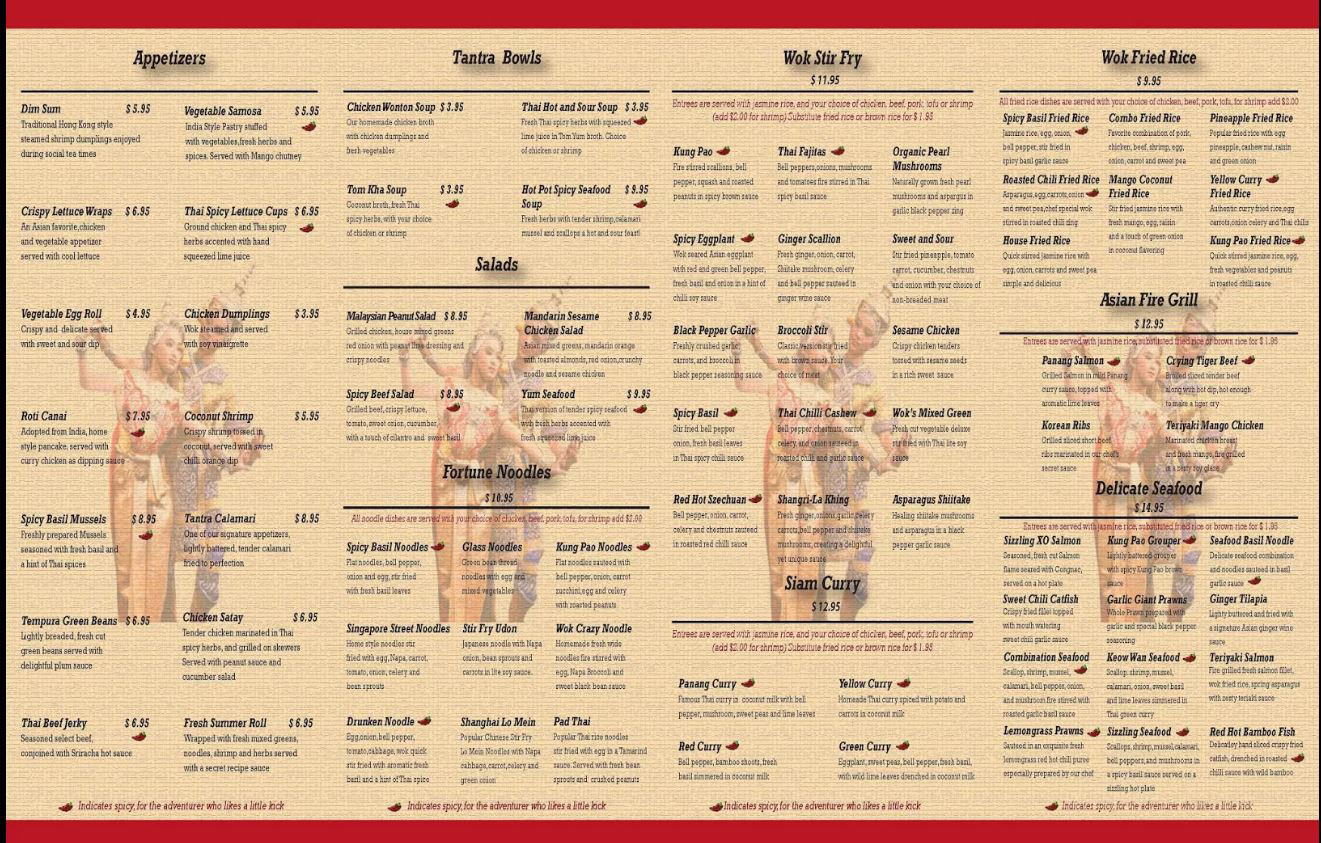 3559 W. Kimberly Road, Davenport, IA
I need to admit that we only recently discovered this place, but the Pho was to die for. The chef said he spends a couple days making it and it’s apparent from the melding of flavors that it’s not a fast food dish. Madison ordered “Bánh Mì Bì Heo”, a funky sandwich that included bologna and shredded pork. Most people think of bologna as being pretty boring, but not when put into the hands of a chef who puts a Vietnamese spin on it. It was so good, she said she would order it again… and Scott too. 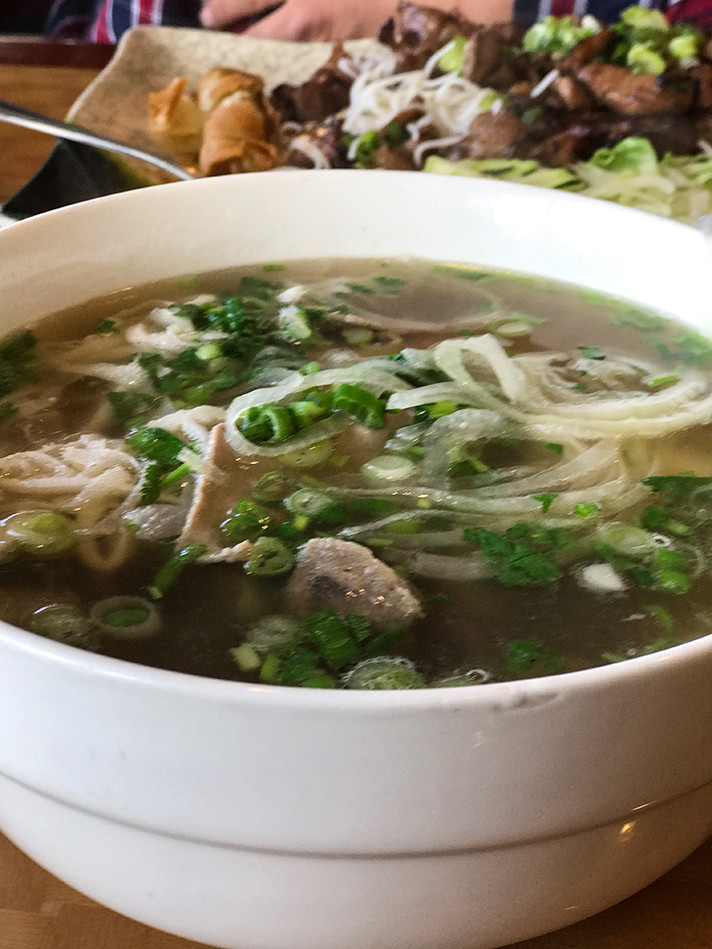 902 W. Kimberly Road, Village Shopping Center, Davenport, IA
From the exterior – or an initial glance at the menu – this one looks like any other ‘breakfast-all-day’ style restaurant. Don’t let that fool you. With Greek roots, you’ll find some specialties on the menu that you’ll be hard-pressed to find elsewhere. You may be enticed to order an appetizer, but you mind find yourself waddling out of the restaurant. Portion sizes have been pretty hefty with every entree we have ordered there.

4520 E. 53rd Street, Suite 400, Davenport, IA
From the first time I visited this pizza place, I knew I was going to love it. They offer individual-sized pizzas prepared in a Subway-style line where you pick and choose your ingredients. They have options posted on the wall, but you can customize it to your liking which means you’re pretty much limited only by your imagination. While I’ve already said I have preferences when I visit restaurants, this is an exception. I seldom order the same thing twice. To jazz it up a bit, they often have seasonal ingredients not on the main menu (posted on the wall) so be sure to look for signs or ask about those. Not many places around here where you can add peaches or prosciutto to your pizza, but this one offers those.

211 E. 2nd Street, Davenport, IA
While there are two Barrel House locations in Davenport, we’ve only ever visited the downtown location. It’s odd since the other is closer to our home, but we usually make this our stopping point for dinner when we’re attending a symphony performance or other event at the River Center. The menu is standard pub fare, but they go above and beyond with a few unique dishes that make this a hit for us. Some of their burgers are simple and delicious. Others have a unique spin on their signature burgers by adding BBQ pork and coleslaw or perhaps hash browns. Not in the mood for a burger? They offer a variety of other foods as well and we’ve always walked away happy. My favorite was a flatbread pizza with wasabi sauce, but I don’t think they have it on their current menu. 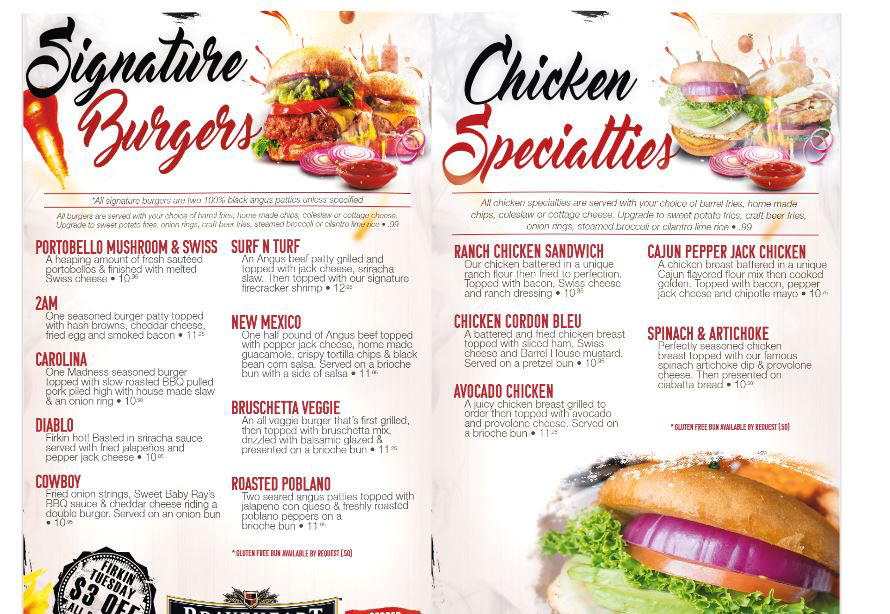 305 East 35th Street, Davenport, IA
With vintage gas pumps adorning the entryway, the ambiance at this place is part of the fun. Of course, the food is pretty delicious also. The 1/2 lb pork tenderloin is one of their specialties, but plan to spend some time trying to decide what you want because their menu is extensive.

If you’re in our area, be sure to check one of these out and let us know what you think. Stay tuned in coming weeks as we feature restaurants in some of the other parts of the Quad Cities as well as the best places to hit for dessert!

Have you tried any of these restaurants?

Best Places for Dessert in the Quad Cities

11 thoughts on “10 Restaurants to Visit in Davenport Iowa”