I’ve always been a fan of technology, especially anything about home computers. Well before the advent of the internet, I was a loyal subscriber to Computer Shopper, PC World, PC Magazine, PC Gamers and many, many (MANY) others. The monthly delivery of the latest industry news was something I marked on my calendar and complained if my issue didn’t show up on time. It was really the only way us tech-heads who weren’t working in the computer industry could get our news.

Fast-forward 25+ years and our news is delivered directly to us via our phones and tablets. We don’t even have to go searching for information – it can be pushed to our devices by uncountable subscription services! Now we’re less likely to want for additional articles. In fact, finding enough time to consume all this data is the main problem. Sorry, I don’t have a solution for that.

Being the self-appointed tech-nerd in the family comes with advantages and disadvantages. People are more likely to ask my opinion before making a new technology purchase. But that also makes me the first person they call when something goes wrong. And since I’m family, I can hardly charge for that service. Of course, if I were a plumber, then they wouldn’t think twice about paying for the service call. But that’s a discussion for a different time…

In the 1990’s and 2000’s, computer viruses were rampant, albeit mostly harmless. There were literally dozens and dozens of anti-virus solutions, but let’s be honest. None of them worked 100%. The biggest problem was people would open up emails or click on links they really shouldn’t be. You can’t protect your computer against stupid, and stupid mistakes were the cause of most of my “tech support” calls from family.

I tried to make sure they always had the latest signature files for their antivirus software, and even went as far as installing anti-malware programs and software-based firewalls to control what traffic was allowed to reach their computers. But as home networks expanded, I began having to support multiple computers in one household, each with their own anti-virus installations. It was becoming too much work to do for free.

Fortunately PC security was getting better. Windows 10 is pretty secure, even without an anti-virus program running. Routers have the ability to block ports, with some having controls that might prevent you from accidentally visiting the wrong sites. Even Google and ISP’s have begun to disallow access to known virus-laden sites with a warning screen before proceeding. But I’ve always felt that the security of one’s devices is best handled by the owner. 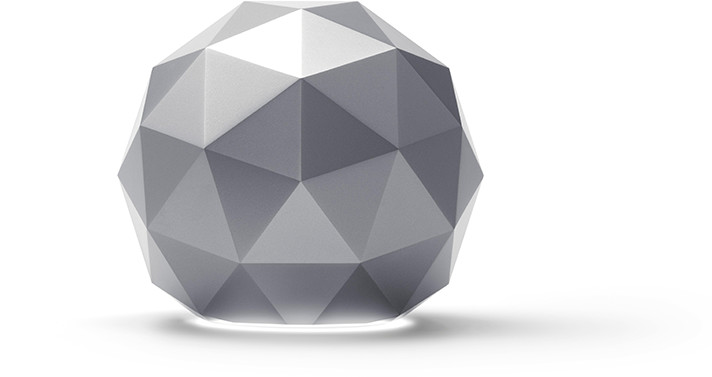 I recently learned of a new product by one of the same companies we trusted with our anti-virus protection back in the 1990’s – Norton. While at our local Best Buy, I discovered that Norton had now entered the hardware market and had produced its own home wireless router. And it was the coolest router I had ever seen. I’m used to black boxes with multiple antennae protruding from the base, like a giant ant turned upside-down. The Norton Core looked straight out of a Marvel Avengers movie – a faceted sphere about the size of a small melon. 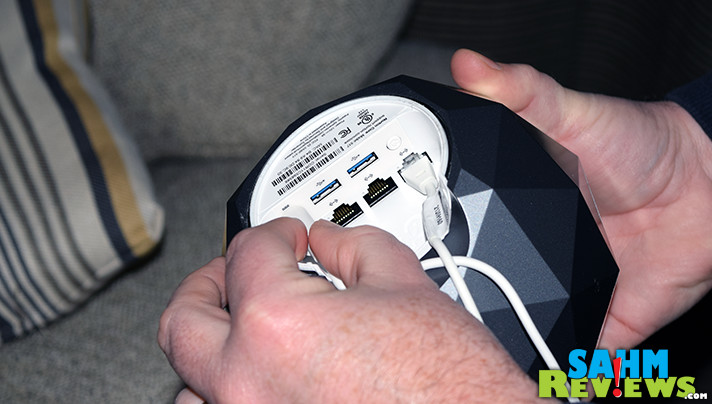 What caught my eye, even more than the futuristic design, is the fact that this router promised state-of-the-art security at the network level. Was this the solution to my tech support nightmares? It appeared so. Just take a look at all the things the Norton Core delivers:

Of course any router today better perform, and the Norton Core delivers on this expectation. Supporting up to 2.5Gbps maximum throughput and including a 1.7GHz dual-core processor, dual-band wireless support and beam forming for broader access, the Core’s features rivals any you’ll find from more expensive wireless routers on the market. 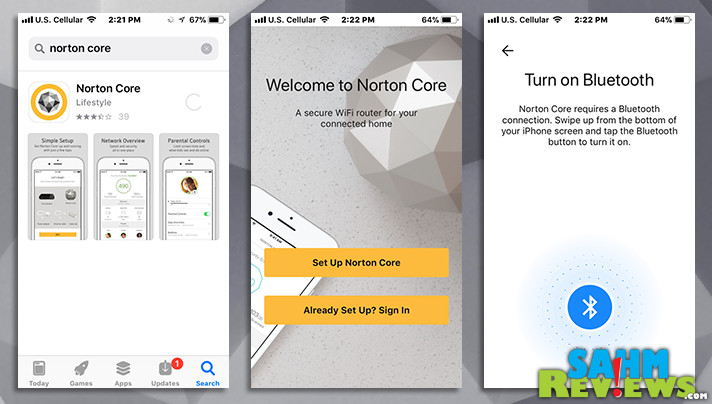 But again the real selling point for us is the promise of network protection. Today we all have non-PC devices connected to the internet like TV’s, DVR’s, home security systems, thermostats and much more. Many of these internet appliances have very little (if any) security built into them, and there is no way to install your own software. The need for one solution protecting EVERYTHING that comes into the house is obvious. That’s where the Norton Core shines. 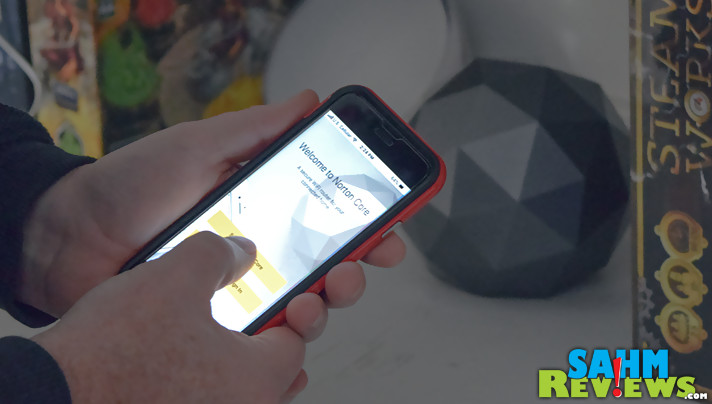 Promising to protect all connected devices against malware, viruses, hackers and cybercriminals, the Norton Core includes a complimentary 12-month subscription to North Core Security Plus. Not only does it provide the previously-mentioned parental controls and device-level security, you also get deep packet inspection that analyzes all incoming traffic and provides protection against possible intrusion with its internal detection and Symantec’s global intelligence network.

We’ll be gifting a Norton Core to at least one set of parents, hoping to decrease the number of emergency tech support calls. With the easy setup completed from their mobile device via the Norton Core app, we expect them to feel safe and secure and will hopefully heed the advice of the security score shown in their app to make their internet experiences better.

Oh, and Time magazine agrees with us! The Norton Core was just named to their “25 Best Inventions of 2017”! 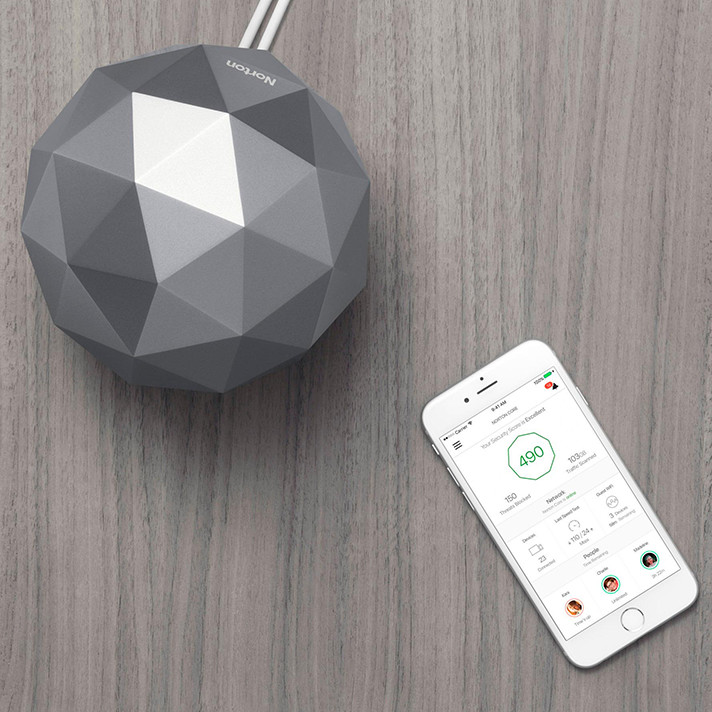 Right now you can pick up a Norton Core router at a $50 discount from Best Buy with free shipping! Discount or not, if you or someone you make tech recommendations for is looking to upgrade their security (and do so without an ugly black box), the Norton Core looks to be the best solution on the market. And while some may balk at the monthly subscription after the first year, it will still be much cheaper for us than individually protecting each device with its own software solution.

Who is the go-to tech person in your family?