There are phrases we hear quite often that have made their way into our lexicon by the way of mass media. Television and movie quotes litter our vocabulary, whether it’s a former political candidate saying, “I’ll be back”, or friends talking about something in the news while one quips, “Simpsons did it!”. Over time we forget where they originated from since they have become a regular part of our language. “Bye Felicia” anyone?

Back in the 90’s an episode of Seinfeld was in the news for Julie Louis-Dreyfus’ accented one-liner, “Maybe a dingo ate your baby.” While I wasn’t a regular viewer of the series, I remember hearing all about the phrase on both local and national news. I’m sure the writers never conceived how much of a stir it would cause, but they were sure enjoying the free press. Too bad the phrase actually had less-than-entertaining roots.

It’s a long story, probably too long for our site, but the original use of the phrase was because of the death of a 9-week old baby girl in Australia. It was over a decade prior to the Seinfeld episode and the baby’s mother was on trial for her death. The girl’s 6yr old brother had testified that he heard his mother cry out, “A dingo’s got my baby!”. The prosecution didn’t believe the story and eventually won a conviction. Later, much of the evidence was thrown out and she was fully pardoned. In the U.S. we heard more about the tale thanks to Meryl Streep’s flawless performance in A Cry in the Dark. 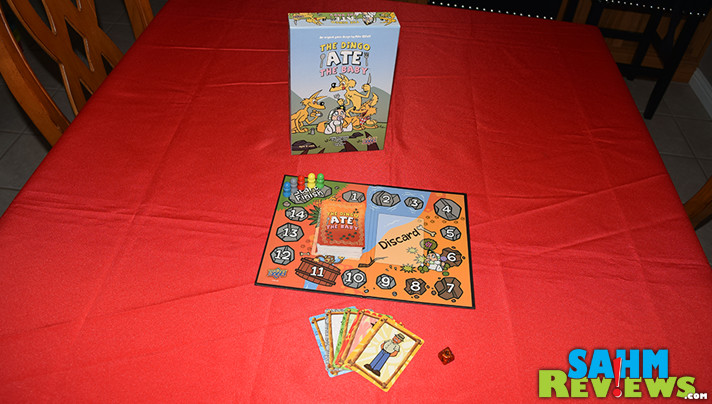 While we were at Origins Game Fair, we noticed a large banner by a similar name, The Dingo Ate the Baby, at Upper Deck‘s booth. The name immediately brought back memories of the Seinfeld episode and we wondered if it was a Seinfeld-themed game. Even though it wasn’t, we wanted to learn more, so we brought home a copy. 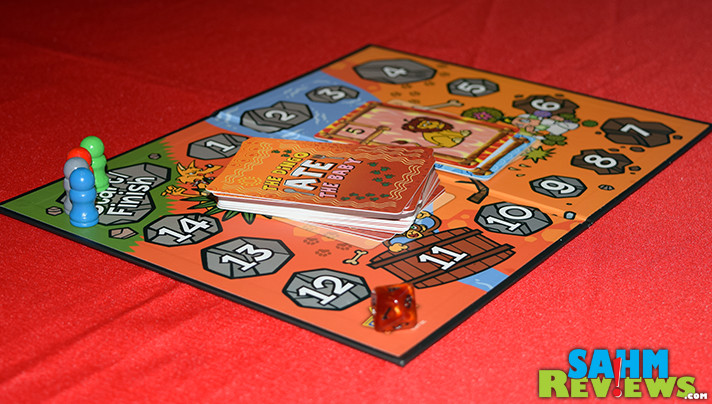 The Dingo Ate the Baby is a quick (20-30 minutes) card game about the circle of life for up to five players. It’s a fast-paced game where you are trying to collect enough cards within your ranch to try to reach the total value needed for the day, without going over. Other players will be doing the same, and trying to sabotage your ranch using various cards to interrupt your play.

Each player is given a Starting Card which dictates their player color. At the beginning of each round (day) an included 10-sided die is rolled. Ten is added to the result, and this is the Target Value for the day. Each player is then given one face-up card in their ranch and two cards into their hand from the 60-card deck. 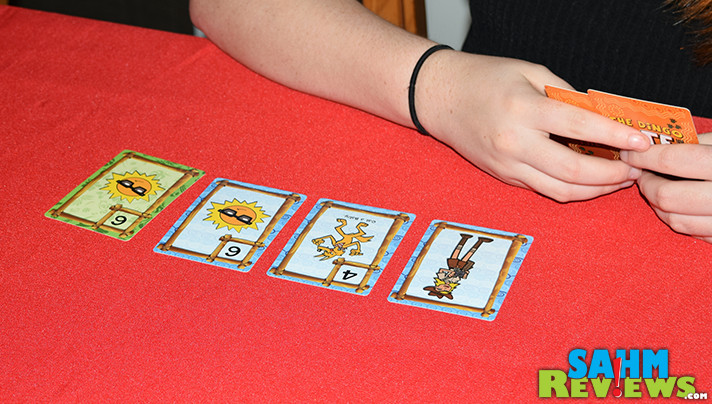 You can also choose to play a card into an opponent’s ranch if the color of the card matches the color of that person’s Player Card or the color of any other card already in their ranch. Resolving any effect on the card is also optional. 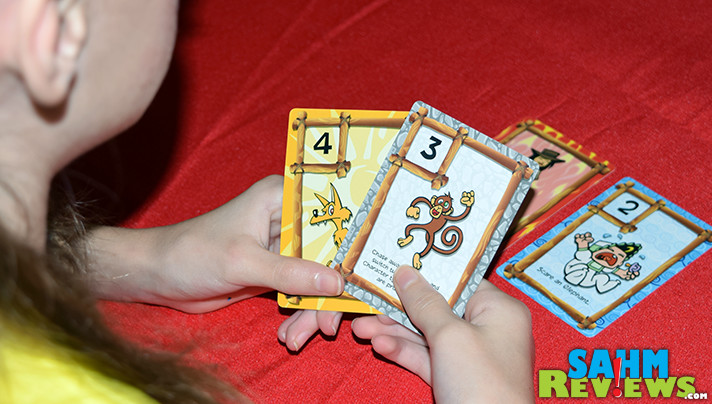 As a third choice, you might elect to destroy your own protected card (the one next to your Player Card). You may choose to take this action if your total is getting too high or you wish to eliminate a color from your pool so others have less of a chance of playing into your ranch. Lastly, you could simply discard a card instead of playing it. In all cases, draw back up to two card at the end of your turn. 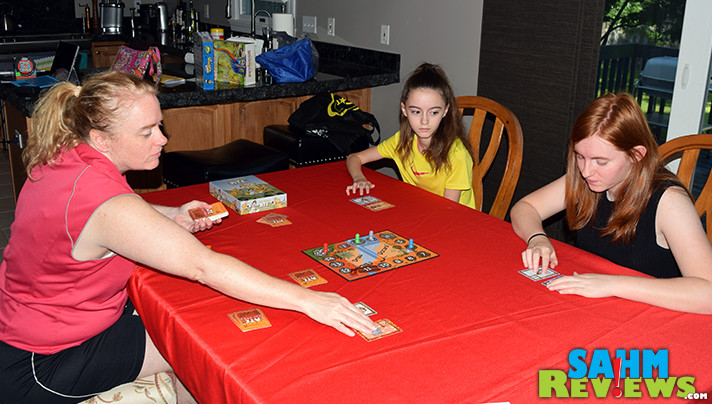 Discarded (or removed by card effects) cards are set in the center of the play area. Once the number of the cards in the discard area equals twice the number of players, the day ends. The player with the highest ranch value without going over the day’s Target Value scores one point for each player they beat. The same goes for second place (one point for each player they beat), and so on.

If you exceeded the Target Value, you receive no points for the round. Points are kept track of on the included board, which also has a layout for the cards! When a player exceeds 15 points at the end of a day, the game is over and the person with the highest total is the overall winner!

While the box recommends The Dingo Ate the Baby for ages 9+, we feel comfortable recommending it for ages as young as six or seven, as long as you have an older player to teach. Simple addition is all that is needed, and the rest of the game’s mechanics are very easy to comprehend.

Your copy of The Dingo Ate the Baby is waiting for you on Amazon for under $15 shipped, or pick up a copy at your local game store. Upper Deck has some great things in the works, some being introduced at Gen Con in a few days, so be sure to follow them on Facebook and Twitter so you don’t miss out on any announcements!

Do you remember that famous Seinfeld episode?

5 thoughts on “The Dingo Ate the Baby Game Overview”