I have to admit, I let my fondness for wooden games get the best of me this time. Not because the game we bought at thrift is bad – because it is meant for much younger kids. It only set us back $1.88, so it’ll make a nice gift to a family with age-appropriate children.

Maask by Blue Orange Games is a colorful abstract game for two to six players, ages 6 and up. Each person is trying to become the next king or queen by finding the most jewels hidden in the branches of Maaskland’s famous crown. The board is set up with colored pegs (jewels) hidden underneath hollow yellow pegs (branches) arranged in circle (crown). On each player’s turn they will roll the two included dice, each having the six jewel colors on their faces. 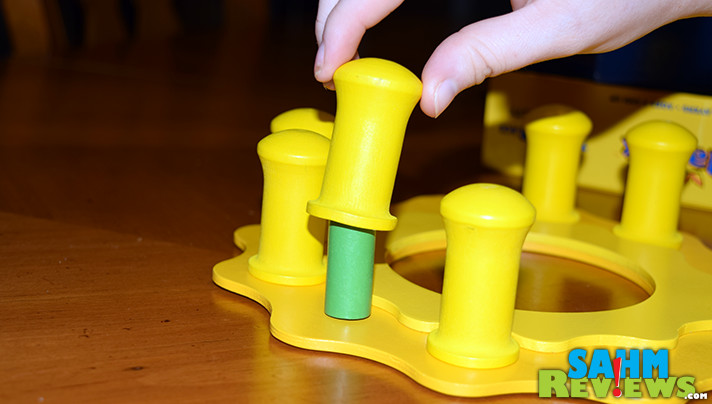 You must pick two crown branches, hoping to match the colors on your die results. Match none and you pass your turn. Match one and you collect that branch and jewel, placing it in front of you, still covered. Match both and you get both branches and another turn! 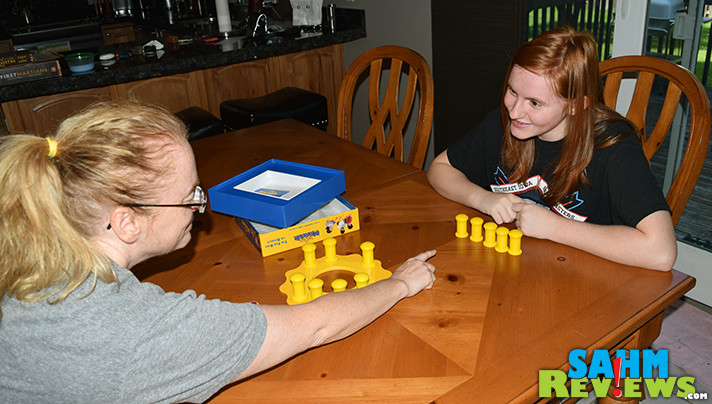 When trying to find the jewels, you may look for them in branches still on the crown, already collected by other players or in branches in front of you! Remembering who collected what is an important skill needed to be successful in Maask, and every time you lift a branch (no matter where it is), the other players can also see what jewel lies beneath. 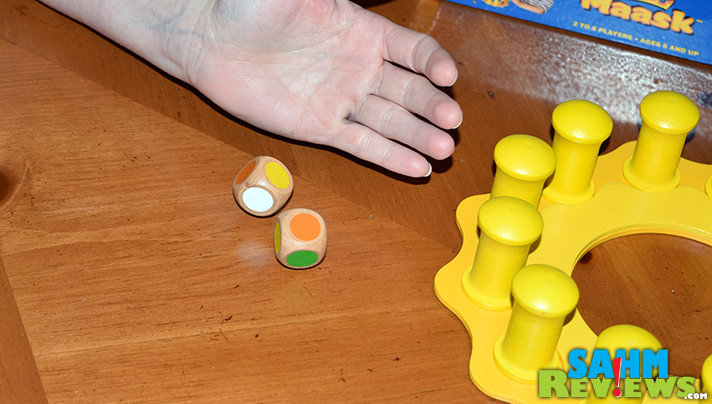 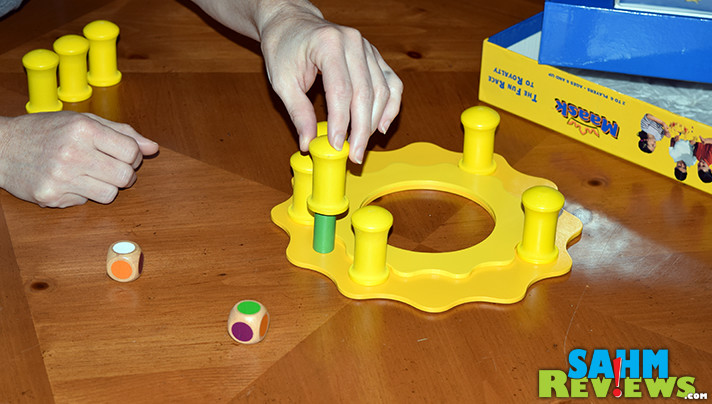 So as you can plainly see, this rudimentary matching game is certainly meant for kids of a much younger age. Even though the box recommends 6+, I wouldn’t hesitate letting 4- and 5-yr olds take a crack at Maask. Even with six colors to find, you’ll play the entire game in about 10 minutes – again, perfect for that age group. If you’ve followed our Thrift Treasure series, you might recognize that Maask is VERY similar to another Blue Orange Games title, Pengoloo. If you have one of these games, you won’t need the other.

If you think Maask is something your child would enjoy, you can still find like new copies on Amazon for around $11 shipped! Looking for something a little more complex? Check out some of the other items we’ve featured from Blue Orange Games, especially their award-winning Kingdomino!

What do you think of wooden games?