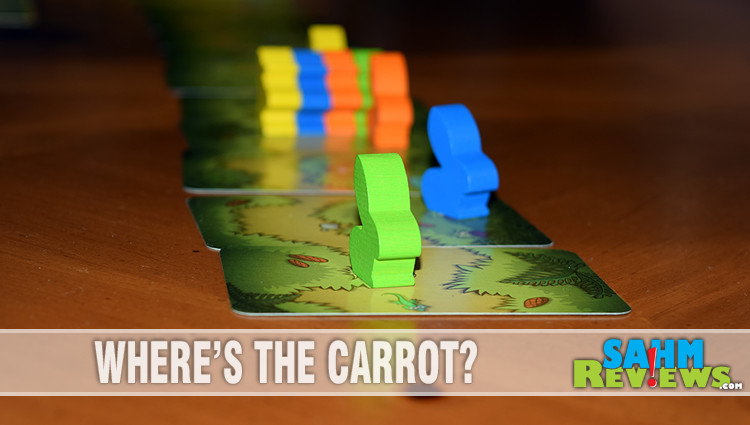 Has anyone ever told you this?: “If you love your job it doesn’t feel like work.” Yes, work is a commitment with hours and time and responsibility doing something (usually for someone else) when maybe you want to be doing something else. Too often I hear people complain about the parts of their jobs they hate. Then there are times when people truly enjoy the people, the camaraderie, the projects, the responsibility or the fulfillment. I see this more than ever in the board game industry and it shines during mass gatherings such as Gen Con when competitors choose to spend time together.

There are other times when it’s subtly built into the product they are creating. Maybe they’ll create a game component or some game artwork that pays homage to something or someone noteworthy. Other times they’ll add names to the “Special thanks” section at the end of the rule book. Then there are the times where the game designer flat out makes you crack up…

…While reading the directions on how to play the game. 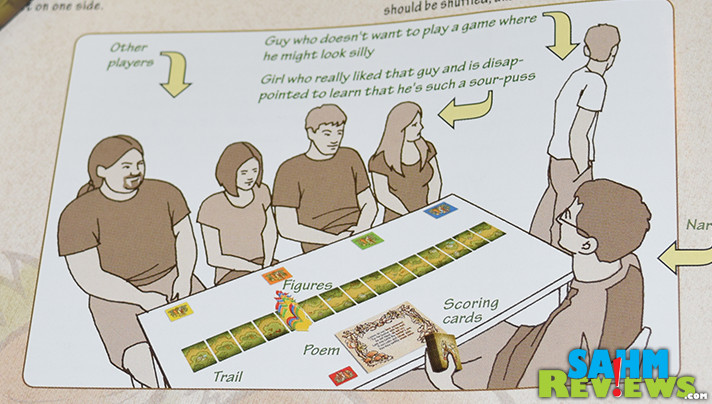 That was the case as I read the instruction book for Bunny Bunny Moose Moose from Czech Games Edition. I feel that I keep a pretty open mind about games, but I definitely have my preferences. Each week at game night, I see the same people playing the same types of games. It’s normal and as you can see, the Bunny Bunny Moose Moose cartoon accurately depicted how it often goes. As I continued to read the instructions, I saw over and over quick and comical statements that made the instruction-reading job a bit less of a chore. 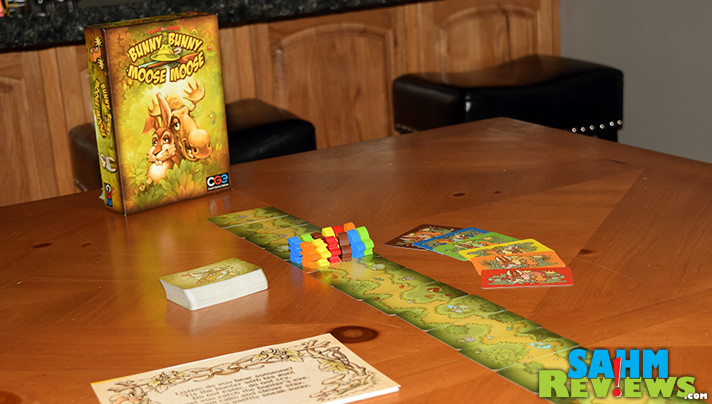 As you could tell from the cartoon, Bunny Bunny Moose Moose is a bit of a party game. Up to six people can play and you can expect it to run about 20-30 minutes. The instructions indicate it’s for ages 14+ but there’s really no reason that someone as young as 8 or 9 couldn’t play. There’s nothing difficult strategically, physically or mentally. The only thing that might deter a younger player is the need to calculate scores the two times it is their turn to narrate the round. Other than that, an explanation of the rules by an adult is all it should take to allow younger players to join in the fun. 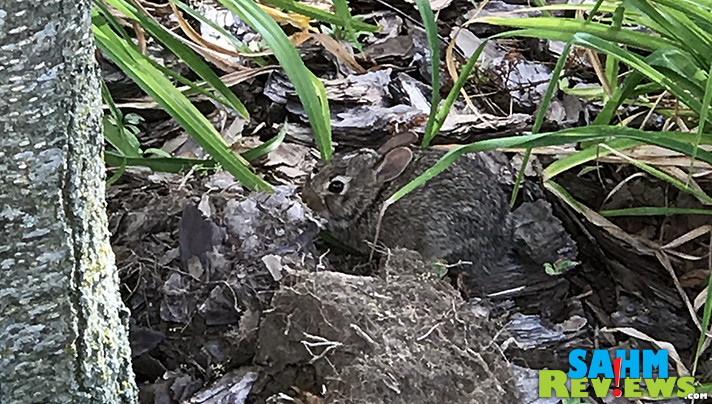 Since we’re talking about the narrator, let’s start the explanation there. Bunny Bunny Moose Moose takes place in a forest with moose and bunnies gleefully awaiting the sweet serenade of Snow White. Okay, okay. Snow White has nothing to do with it, but I was trying to paint a pretty picture of the forest and that worked for me. Anyway, along comes the hunter doing what hunters do. So what do the creatures do to preserve their lives? Run? No! They stop in their tracks and be as still as possible in hopes of not being seen. 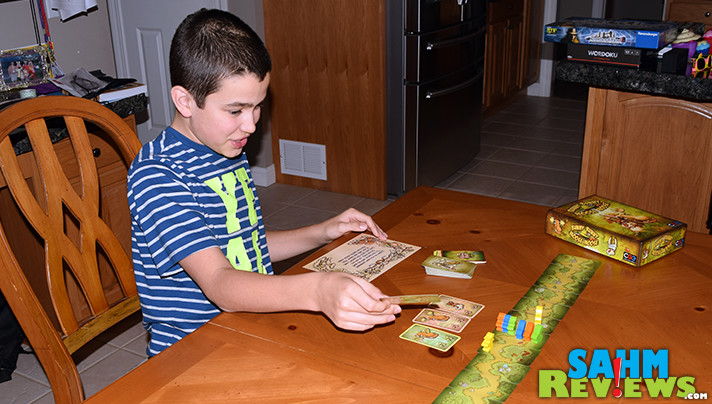 Using the deck of cards, the narrator will be attempting to recreate the scene of the animals and the hunter.  Over the course of two rounds with each player taking a turn as the narrator once per round. While it works at most table types, a rectangle allowing participants on the opposite side facing the narrator works best. I’ll explain why in just a minute. 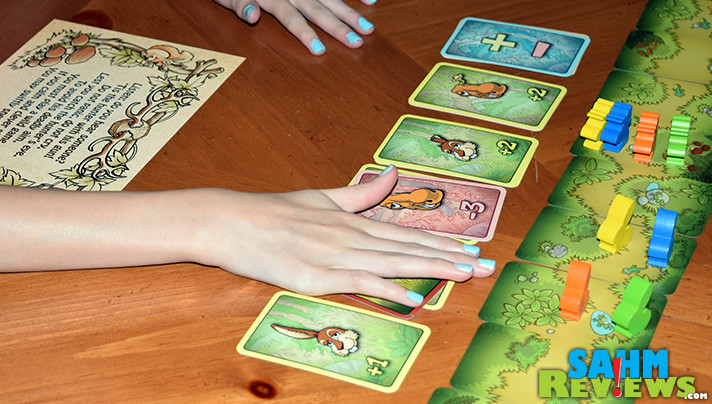 The deck of cards depict moose and bunnies as they freeze to avoid being spotted. Some have ears or antlers turned upside, some standing straight up. The players will be emulating the poses on the cards. 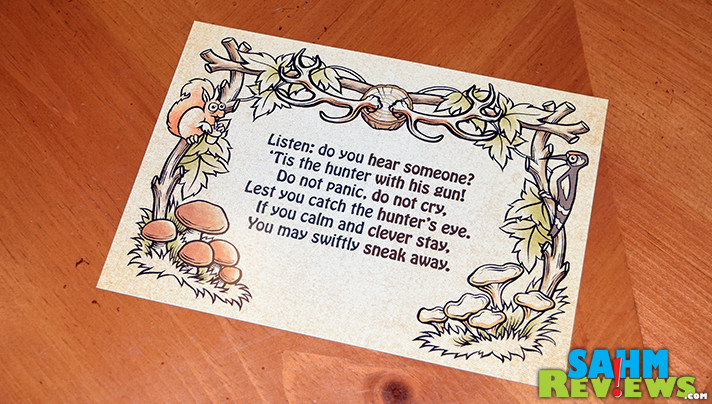 At the beginning of the round, the narrator slowly (and one at a time) looks at a card then flips it to face away. To control the pace and the process, the narrator reads the poem with each line concluding with the placement of the card. If everyone is on the same side of the table as I mentioned above then all the images are right side up for them. This step is repeated until there are six separate piles. 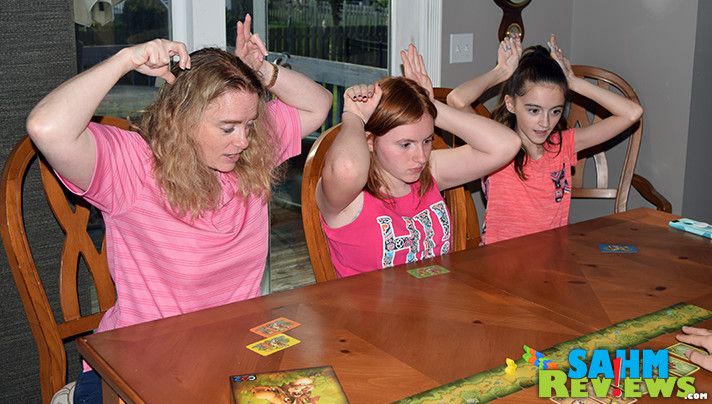 Players can choose which creatures they want to imitate with the hope of earning the most points. When the hunter is revealed, players earn based on which ones they match. Of course, it isn’t as easy as that. After the initial setup of six have been placed, the narrator begins the process again. This time, the new cards are placed on top of the prior ones thus changing the potential poses and possible point combinations. This continues until the hunter card is revealed, at which time the narrator slams the card on the table, yells “Bam!” and all the animals must freeze. Various cards offer variety and ramp things up a bit, but those can be added once players feel comfortable with the basic Bunny Bunny Moose Moose rules first. So it sounds easy, right? Wrong! You have to survey the possible animal options, figure out which one(s) you want to emulate then get your hands to replicate it. On the fly. Before the cards are changed and after the cards are change and again and again until “Bam!” 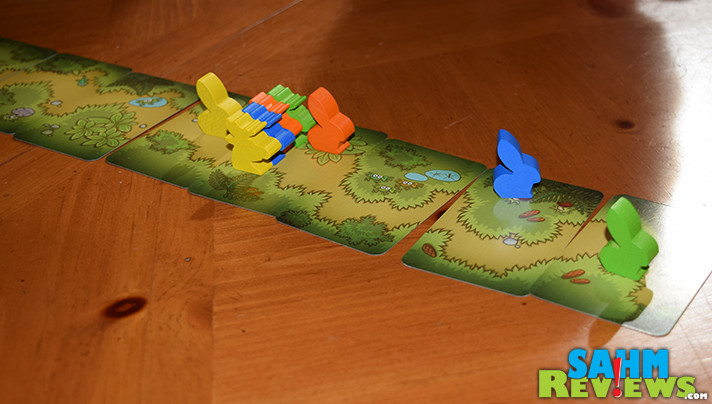 The narrator calculates the amount of points and moves the person’s related creature that number of spaces forward or backward on the board. The narrator has an opportunity to earn points as well by selecting a proxy prior to flipping the first cards. After scores have been tabulated, all players shift one seat and the process begins again with the new narrator until everyone has narrated twice. The final winner is determined, but NOT based on who is ahead on the path. Instead, like Between Two Cities, the winner is the one who moves their second character ahead furthest!

You may feel like you look silly, but so will everyone else. And in the end, isn’t is about having fun anyhow? If you get a hankerin’ to act like a moose… or a bunny… then hop on over to Amazon and pick up a copy of Bunny Bunny Moose Moose! You can also ask your local game store if they stock it. Hunt down more updates about upcoming releases by visiting the Czech Games Edition website or on the Facebook and Twitter pages. Stay tuned because we’ll be featuring an awesome new release in coming weeks!

Do you play games that require you to act silly?