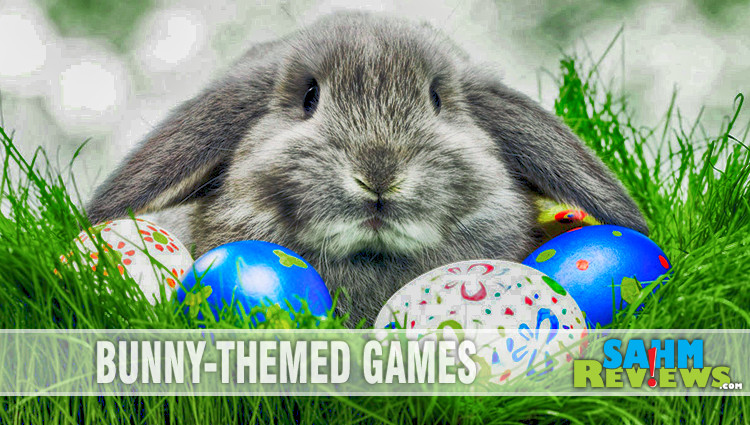 Celebrate Easter With Bunny-Themed Board Games

St. Patrick’s Day isn’t the only holiday we celebrate by playing games together as a family. Thanks to a quite a few great examples of games in today’s marketplace, we can binge on bunny-themed games for the entire weekend! You won’t find many of these on the shelves of your local big-box store, so we’ve compiled this list of hare-raising game ideas in plenty of time for you to put them in your basket! 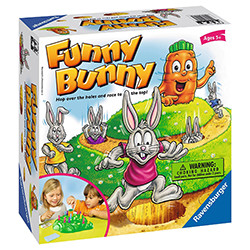 Funny Bunny is an engaging adventure game for young children that older family members will enjoy as well. No reading is necessary, except for the word “Click”, which appears on some of the bunny cards instructing players to twist the giant carrot located at the top of the hill until it clicks. Each twist of the carrot opens up bunny holes on the hill, providing obstacles to getting to the top. The game board is a green hill on which players place and move their rabbit figures, hopping from one open space to the next and trying to avoid open holes that prevent them from getting to the top before their competitors. 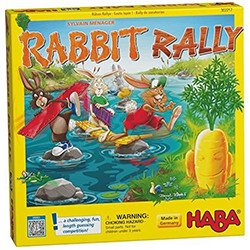 Rabbit Island is an exciting place. A giant golden carrot shimmers on the horizon and it’s time to harvest the carrots. Unfortunately the golden carrot and other delicious carrots are on a different island in the lake and the poor rabbits don’t know how to swim. But wait, one clever rabbit has an idea to sink big stones in the water in order to create a bridge between the islands with boards and planks! Each rabbit quickly starts to build their own bridge, and tries to be the first to reach the giant golden carrot. Unfortunately there aren’t enough boards for all the bridges, so all the rabbits need to use the same bridge pieces. 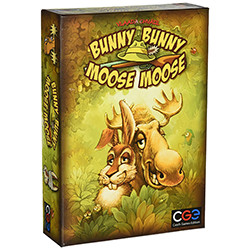 In this merry game, players take on the roles of rabbits and moose. While the hunter strolls through the forest, players are trying to look like an animal the hunter won’t shoot. And because they do so by making rabbit ears or moose antlers of various shapes on their heads, the spectators enjoy the game as well as the players. Do not forget this is a CGE game. The game might be funny, but don’t expect it to be too easy. You will need all your wit to run faster than others. 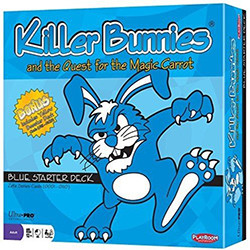 Killer Bunnies and the Quest for the Magic Carrot is a fast paced, action filled card game, in which you must try to keep as many Bunnies alive as possible, while eliminating your opponents’ Bunnies. The problem: Your opponents are armed with weapons and will stop at nothing to keep you from winning the game, which can get dreadfully vengeful, horribly nasty, hilariously messy, and just plain fun.

The bunnies have hidden in their holes around the game board. With the help of a carrot, get your bunnies to hop out and play. The first player to find all their bunnies wins! double-sided game board with two difficulty levels that progress as your child Masters memorization and color recognition skills. 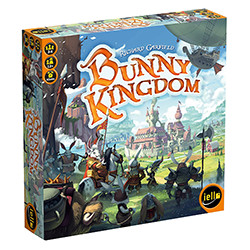 Peace has come at last to the great bunny Kingdom! Lead your Clan of rabbits to glory by gathering resources and building new cities across the land! draft cards and pick the right ones to position your warrens on the 100 Squares of the board, provide resources to your colonies, build new cities to increase your influence, and plan your strategy to score big at the end of the game. 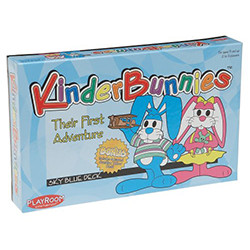 KinderBunnies is fun-filled card game in which players try to collect as many Bunnies and Carrots as possible. Based on the phenomenally popular Killer Bunnies, this game takes us back to their first adventure. Loaded with colorful animal characters, activities and interactive game play, KinderBunnies guarantees inches Hare inches -raising good time every game. 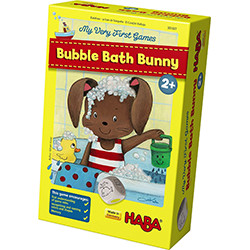 Bubble Bath Bunny needs help finding his toys hidden in the soapy suds. Using the box as your bathtub, players roll a die hoping to match the color or symbol with tiles spread across the water. A fun way to bring bath time to the table for parents and toddlers to improve memory, matching and fine motor skills. 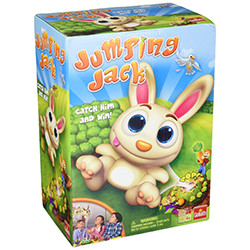 Kids will jump for joy when they play with Jumping Jack, the world’s cutest bunny! Spin the spinner to see how many carrots you get to pick from Jack’s bunny hill. One of the carrots will make Jack jump, but it’s a different carrot every time. If he jumps on your turn, you’ll win if you catch him. Or, extra rules let every player try to catch him when he jumps. If no one catches Jack, then the player with the most carrots wins. 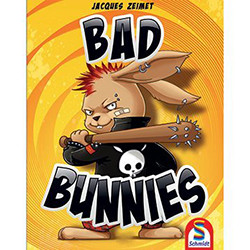 The fast, amusing card game centered around hopping mad bunnies! In Bad Bunnies the active player always places a card on the discard pile and then decides whether the following player must play a higher or lower card. If the next player doesn’t have a suitable card to discard, he is out of this round. The player who was able to play the last card wins the round. For every card played, he receives 1 point. The first one to reach 60 points wins the game!

Grab a couple of these great titles and set them out while Easter brunch is still on the stove! With such a wide range of games to choose from, there will certainly be one appropriate for this year’s family gathering! And if you’re not into playing games on this day, consider some Easter crafts or Easter basket ideas that don’t include candy!

26 comments on «Celebrate Easter With Bunny-Themed Board Games»