When shopping at thrift for games, we typically stick to the board or card game kind. Every once in a while we stray from those categories because something catches our eye. We couldn’t resist picking up Crossfire last summer – it just brought back too many childhood memories! 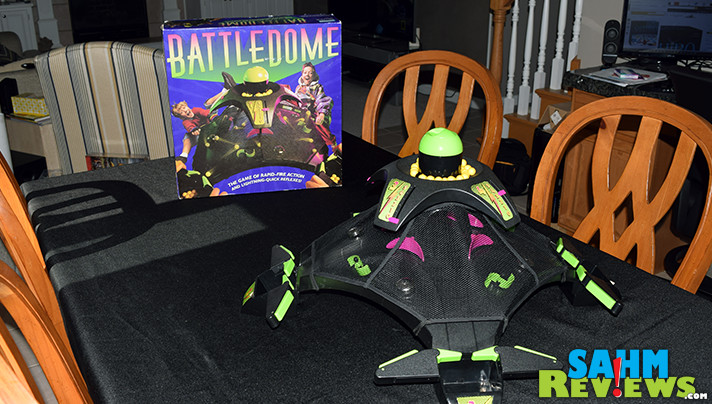 This week something similar happened. It wasn’t a game we actually owned as kids since it came out well after we were out of college. But if it had been, it would have certainly been on our Christmas wish lists! BattleDome by Parker Brothers is technically a game, and yet also a toy at the same time. Either way, it is now part of our game collection. 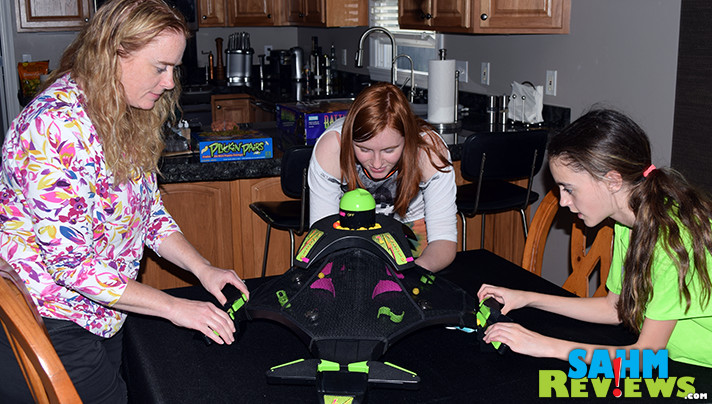 Unlike Crossfire, BattleDome supports up to four players. Assembling the unit takes some time and finesse, but once complete, it is very stable and doesn’t come apart easily. Each player commands two pinball-like flippers trying to prevent the onslaught of balls from “draining” past them into the score cup. Obviously, you want to be the player with the fewest balls on your side to win. 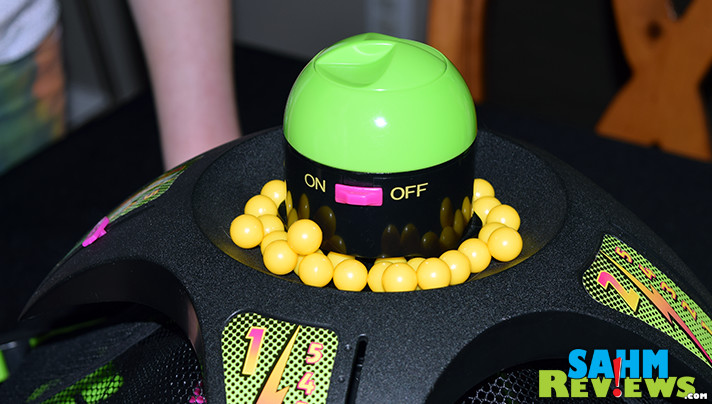 BattleDome has a unique mechanical ball dispenser at the top of the playing field. Winding up the top, it slowly rotates and collects queued balls and spits them out underneath onto the domed playing area. This play field has various obstructions (bells and spinners) that alter the path of the falling spheres.

The dispenser does not pause, creating havoc when multiple balls are being shot back and forth at the same time.  Also included are plastic rails that limit the paths when there are less than four players. A netting hangs from the top of the structure, keeping things from flying out onto the floor. In our experience, this works about 95% of the time. 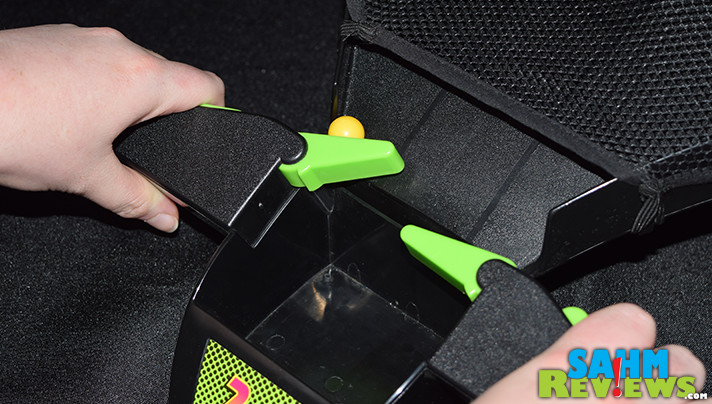 But one things for sure, BattleDome is a LOT of fun! While loud, every time we break it out at home or bring it to game night, people gather around waiting for their turn. It seems many of our friends do remember having one as children, and we’re happy to help them relive those memories. Want to see it in action for yourself? Check out the commercial above, or see it in play at our house in the brief video below!

Note that our dispenser seemed to get stuck. Turns out that the red ball wasn’t part of the original game and had been added by the previous owners. It just just a bit too large for the machine! There’s at least one black ball included in the game, meant to be worth more points when collected (a bad thing). Since ours was missing the original instructions, we just assigned a value of 5 to it, with the regular yellow ones being worth a point each. 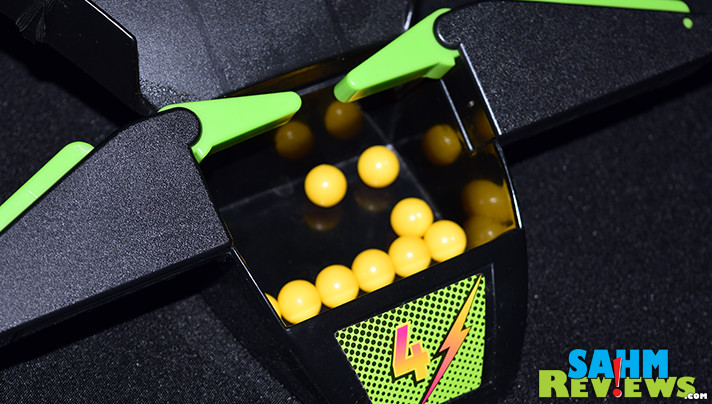 You can find complete copies on eBay for under $20, but be prepared for sticker shock when shipping. It is a large box, so expect shipping to run nearly as much as the game itself! This is a great one to watch for at yard sales as it will often be overlooked and stacked with the rest of the kids’ toys.