We’re so addicted to seeking out bargain games that we even look for them at Goodwill Outlet stores. Last month we told you about Dizios, a Mensa award winner we discovered at the thrift store. It was a pleasant surprise to go along with Zenith, Qwirkle, Qwirkle Cube and CrossWise that we’ve picked up at thrift in recent years. All these are solid games from MindWare and contain quality components. It’s always a good feeling scoring a deal, but we’re also excited that we’ll be featuring additional newer MindWare titles in coming months starting with Sapphiro by designer Peggy Brown. 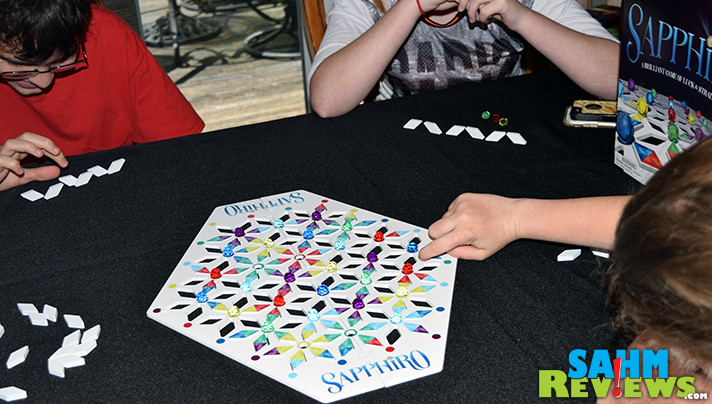 During Geekway to the West, we had a chance to play Sagrada by Daryl Andrews. My mind was elsewhere when I played so I didn’t do very well, but I loved the game none-the-less. The best part was the visual it created when it was done. When playing Sapphiro, I have those same feelings. It isn’t only about the game play itself but the experience. At the beginning, the game is pretty with all the gems in their proper places but gets prettier as each piece finds its place on the board. 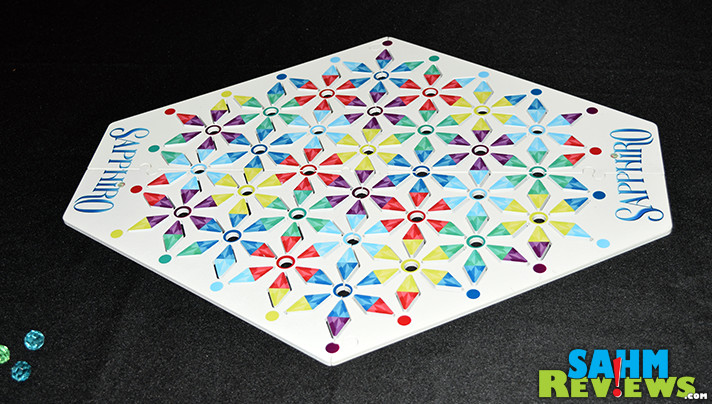 You’re probably asking how to actually play, right? So glad you asked! The board is set up in the middle and tiles are placed face down within reach of all the players. The center circles of the board are populated with the specific colors outlined. 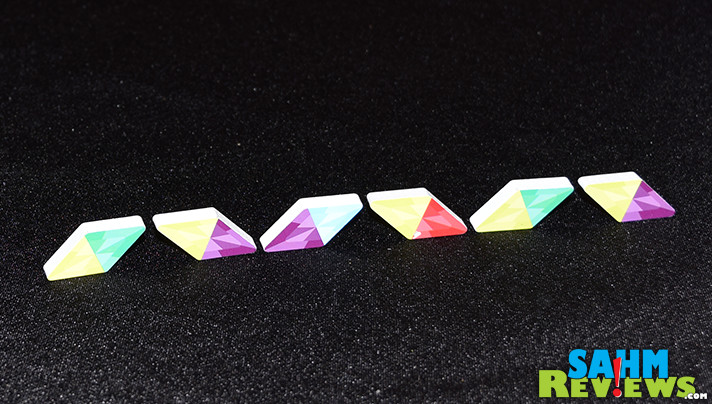 Each player randomly selects six tiles which they keep secret from their opponents. On each piece are two colors which correspond with specific locations on the board. Each side has to match the color of the gem it is placed next to. While this is a limitation, there are still a couple different places that each piece can go. 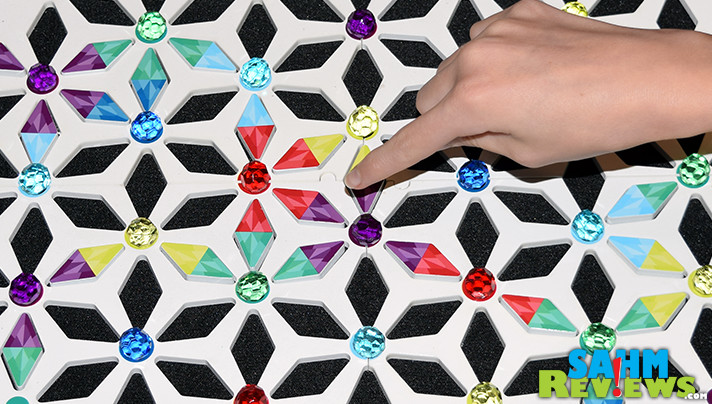 The goal of the game is to collect one of each different colored gem. The player who places the last petal piece to surround a gem gets to remove it from the board and claim it. If a player’s piece manages to complete two different gems at once, they get to claim both! The game plays up to four people so it requires a lot of planning to ensure you’re able to get all the colors. Players aren’t limited to only one of each so it’s definitely a strategy to claim additional of a color if you’re able to. 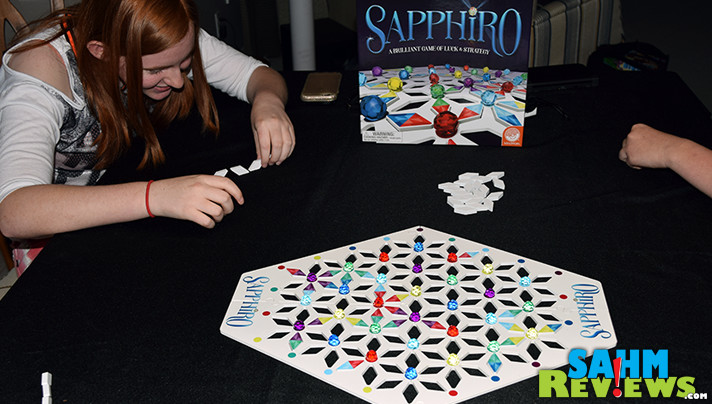 At first, the play is all over the place to prevent anyone from collecting gems early on, but as the game continues, ut gets more difficult. Players are at the mercy of the tiles in their hand so they may unwillingly be setting up another player to claim a gem! It takes a lot more strategy than it first appears. Even with the complexity, it isn’t too difficult for a younger player to figure out which makes it great for game night!

While you may sometimes get lucky and stumble across a MindWare game at the thrift store, I wouldn’t count on finding Sapphiro any time soon. You can pick up a copy of Sapphiro on Amazon or direct from MindWare.com for around $30. Learn more about the variety of games and toys in their lineup by joining the conversation with MindWare on Twitter and Facebook. Stay tuned for an upcoming feature of Choice Words, another game in the diverse Mindware arsenal!

Do you own any other products from MindWare?

9 thoughts on “Sapphiro Board Game Overview”