One of the cool things about picking up games at thrift stores is you start to understand what was popular in what era. The 80’s and 90’s were full of abstract titles, while the 50’s had its share of trick-taking card games. One recurring theme we keep seeing from the 70’s is games based on the sport (?) of bowling. We’ve run across a number of different bowling-themed games over the years, but more often than not they are missing a few pieces.

Three years ago we found a complete copy of Bowling Dice and featured it during a 10-day long marathon of nothing but games found at thrift. This week we discovered an intact copy of Spare-Time Bowling by Lakeside. This 1977 edition was far from the first time the game had been published, with some sources claiming it was originally offered in 1940 by a company named “Spare-Time Corporation”! 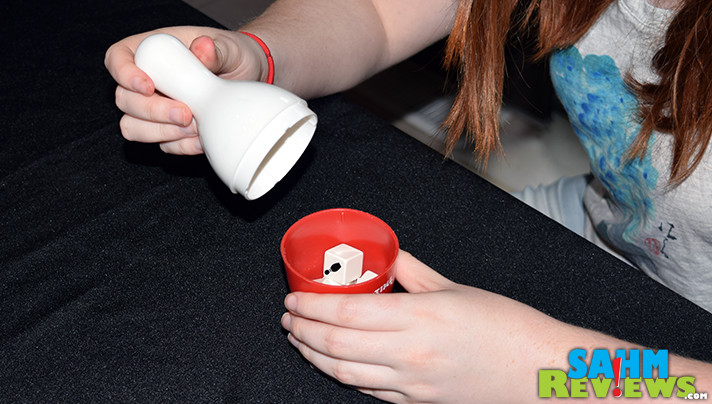 Our version of Spare-Time Bowling has one of the most unique dice “cups” we have ever seen. Shaped like a bowling pin, it separates in the middle to create a cup for rolling, yet has a lid so the ten dice don’t distribute all over the box. Also included are custom score sheets resembling the traditional scoring sheets used in bowling alleys across the country. 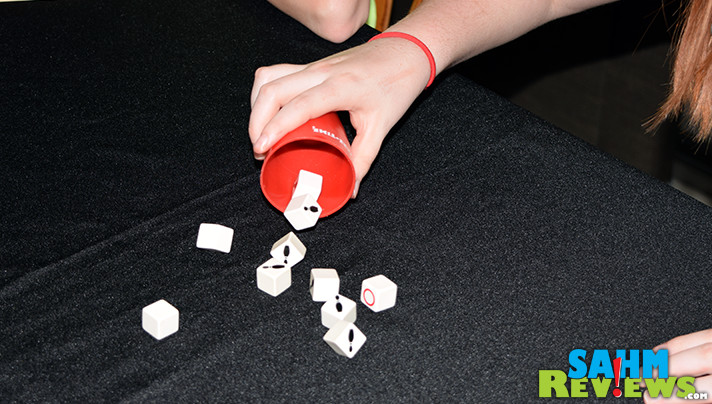 Each player gets to take ten turns (frames) with two rolls to knock down all the pins. Nine of the dice are identical with five blank faces and one with a bowling pin symbol. The tenth die is similar, but one of the blank faces is replaced with an open red circle – this denotes a “split”. This represents either an extra pin (if one other is still standing) or a blank face, if no other pins are vertical. 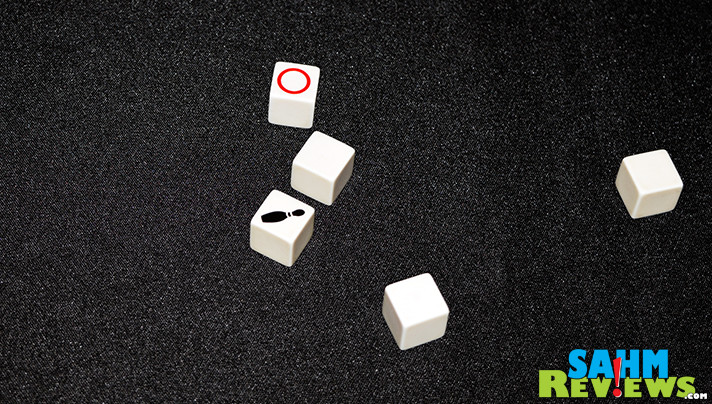 After rolling all ten dice on the first roll, any standing pins (the bowling pin side of the die) are returned to the cup and the number of knocked down pins are recorded in your frame. If you managed to knock them all down, record a strike and take two extra rolls. Knocking them all down in two rolls earns you a spare and one extra roll. 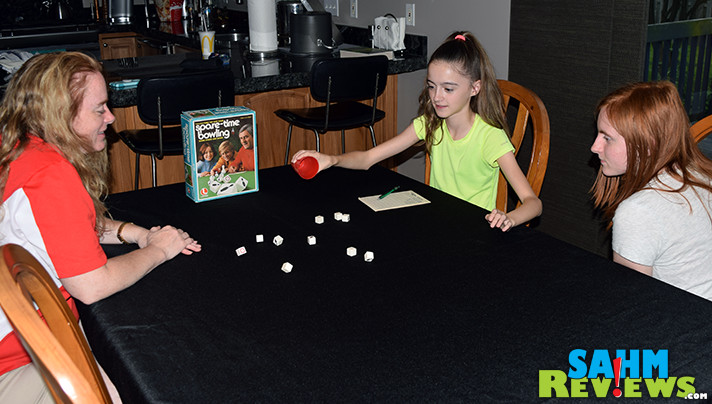 While there is an option to use traditional bowling scoring, where you add in the results of subsequent frames as a bonus for spares and strikes, this unique scoring method allows you to roll the dice more and is easier for younger players to comprehend. 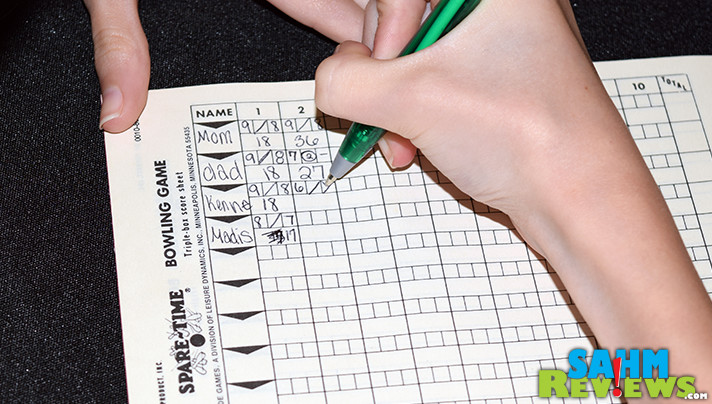 There is probably no upper player count limit to Spare-Time Bowling, but with more players comes more down time (as in the real game). You won’t find new copies for sale any longer, as the last time it was issued was in 2003 by ThinkFun. If you’re wanting a copy for yourself, your best bet is eBay, where you’ll find a number of different versions available – some for under a dollar (plus shipping)!

What do you think about board games with sport themes?