We’ve found so many great games at yard sales and thrift stores this summer that we decided to show you more than the typical one per week! For the next 10 days we’ll introduce you to a Thrift Treasure that you’ve probably never seen or heard of before. For our first feature, we bring you Bowling Dice by Fundex Games. 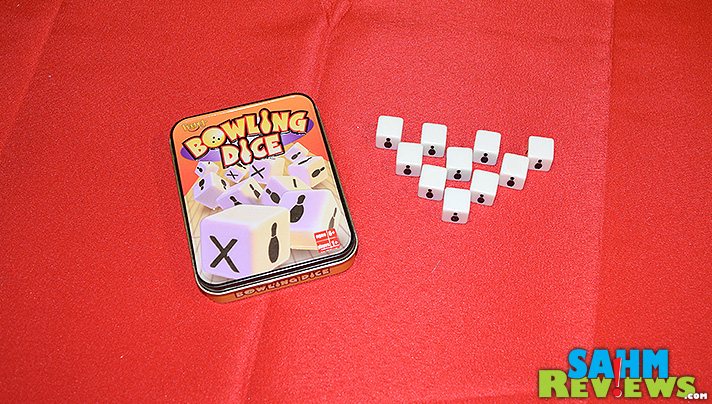 Ten dice, a metal container and a score pad are all that are needed for this quick competition that goes beyond just playing a dice game. Rated for ages 6+ and for as many players as you can fit around a table, Bowling Dice not only does a good job of simulating a game at your local alley, it also can easily be used as a learning tool to teach the young ones the proper way of scoring the game. 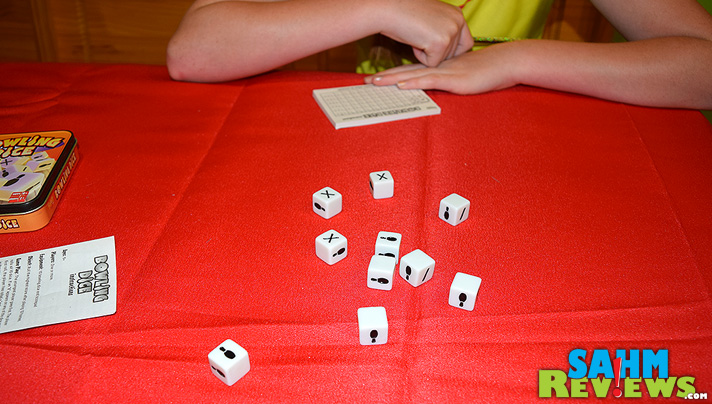 The dice sides have blanks, pins, strike symbols (X) and spare symbols (/). Just like in real bowling, you get two throws of the dice. If a strike symbol appears on any of the dice on your first throw, you score a strike for that frame. If not, you set aside all the blanks (and spares, since they count as blanks during the first roll) and score them as downed pins. (Of course rolling ten blanks is a strike also…)

For your second roll of the remaining dice, if you show a slash (/) symbol, you score a spare regardless of what is shown on the others. Strike symbols now count as blanks, and you total up the number of downed pins for that roll and record it. Roll all blanks and you get a natural spare also! 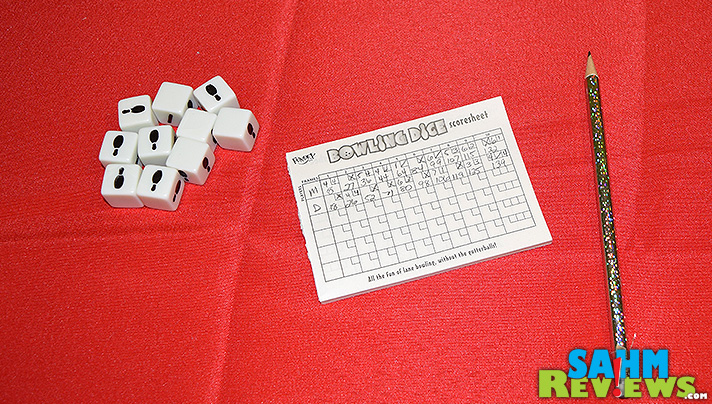 As I mentioned earlier, scoring is done exactly like a real game, including extra frames for marking in the 10th. If you have kids, you know real bowling can be frustrating for them, especially when the parents are able to score much higher than them. Not so in Bowling Dice, the roll of the dice levels the playing field so every game has a random outcome.

Fundex was founded in 1986, but appears to have entered (and never exited?) bankruptcy in 2012. Bowling Dice was then re-issued by University Games, but is not listed in their 2014 catalog. Either way, you can find a copy for yourself for only $6 on Amazon! 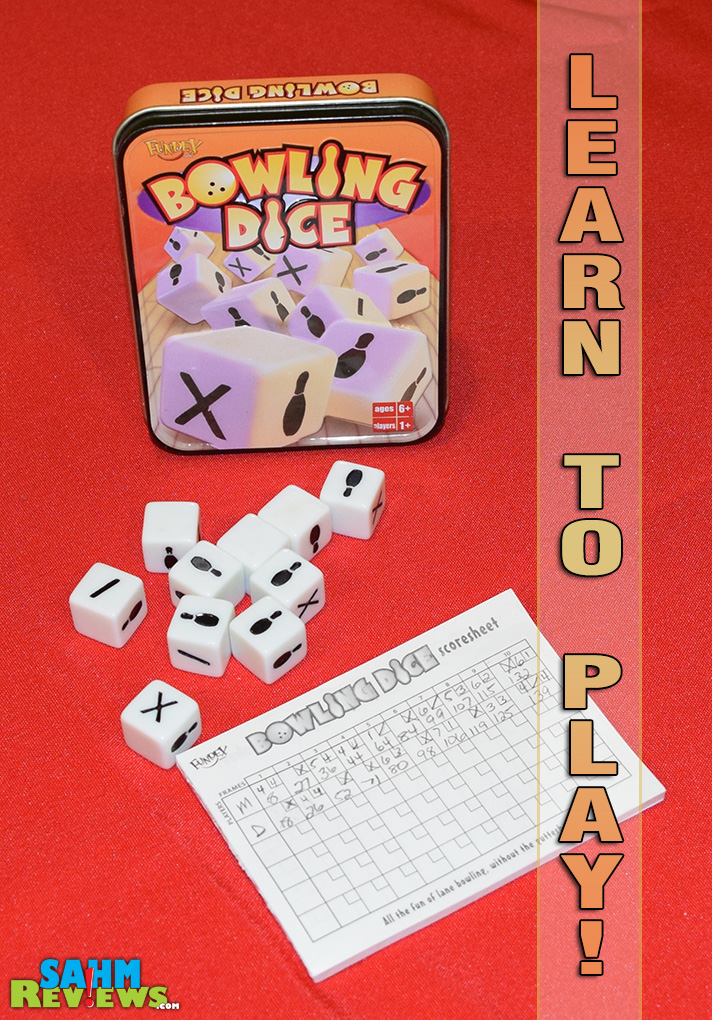