It’s weird how sometimes you don’t know you want or need a product until you actually see one. That was the case with one of last year’s biggest Kickstarter campaigns for the Fidget Cube. They were able to raise over six million dollars, for an object that does absolutely nothing other then keeping your hands busy. I saw it on nearly every news outlet last fall, but this year it made its way into our local middle school. Both daughters came home asking where to get one and how much they were. Just like Silly Bands, they were the new thing to have among the pre-teen crowd.

I eventually relented and surprised each of them with a gray-market version purchased on Aliexpress (shush, don’t tell). After a week or so the novelty had worn off and now they sit in their lockers collecting dust. If only there had been some point to the cube. Like a puzzle to solve. Or performing actions in a particular order made something special happen (up, down, left, right – unlock!). It was about that time that we discovered the similarly-named Fidgitz by ThinkFun. It appeared to not only provide the same anxiety-reducing actions as the cube, but gave you a goal to reach – solve the color puzzle! 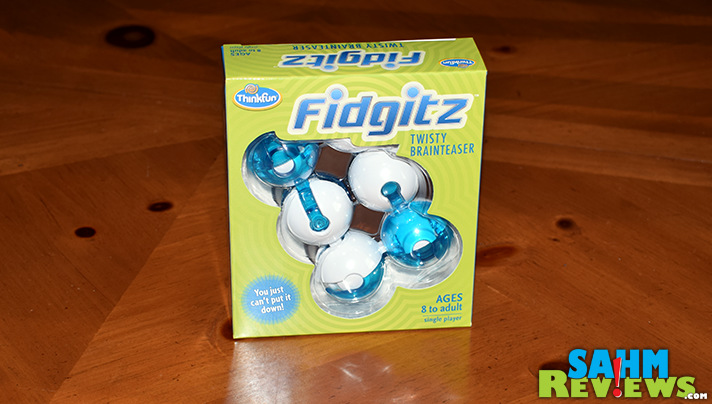 I think the best way to describe Fidgitz is by calling it the 3D puzzle for the rest of us. This is not a Rubik’s Cube with millions of possible combinations. It’s not even nearly as difficult as many of ThinkFun’s other puzzle challenges with ever-increasing levels of difficulty. And that’s just fine, since I don’t think that’s the purpose of Fidgitz. It’s about giving your hands something to fidget with and still provide you with something to work towards. 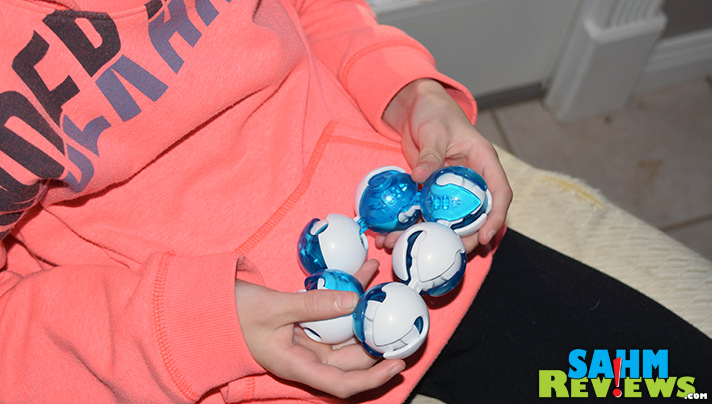 At a price less than half of what a brand name cube costs, Fidgitz is surprisingly well-constructed. The goal is simple. So simple that ThinkFun didn’t even need to provide any instructions in the box. Fidgitz is made up of two colors, white and blue. Your goal is to simply get all of one color on one side of the object, making the other side the opposite color. This is done by twisting and folding the unit to move the sides around. 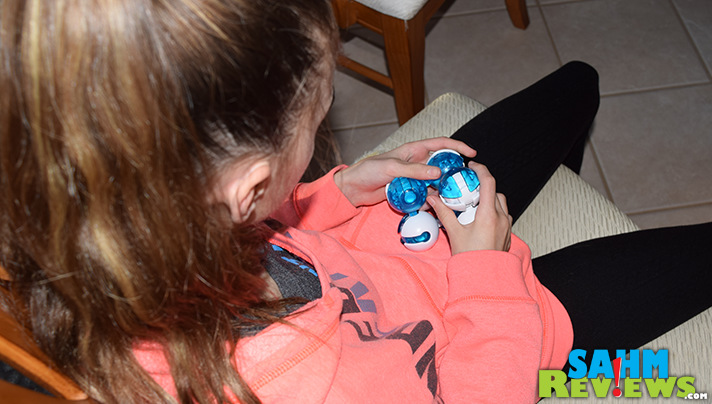 In the interest of full disclosure, I solved it in around 5 minutes. But…I have no idea how I did! I was fidgeting around with the puzzle, trying to discover how and why the pieces moved and then almost by magic it was completed! Could I repeat it? Not on purpose! I’m sure there is logic behind how the pieces move, I just haven’t discovered it yet. 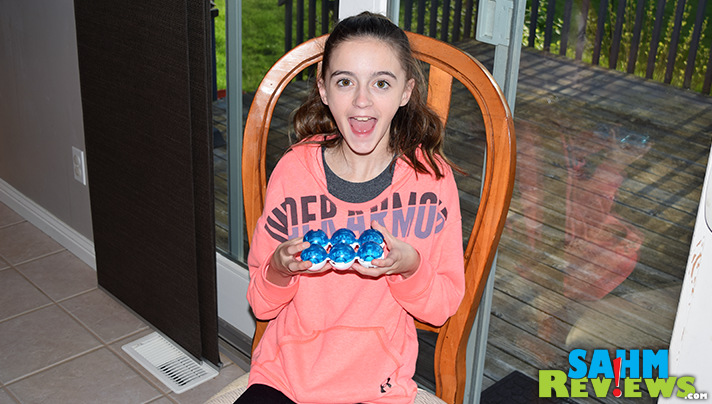 And I think that’s the beauty of Fidgitz. It’s not one that will frustrate you for years and maybe forcing you to consult online tutorials just to get it back to the starting position. It is one you can pick up, play around with and maybe solve (purposely or accidentally) in a few minutes.

At a retail price of under $10, Fidgitz is a much better value than those cubes we saw hyped last year. While they do take up a little more room, and thus aren’t quite as inconspicuous, the challenge of solving a puzzle makes up for it. If this is the type of puzzle you prefer, let ThinkFun know on their Twitter or Facebook timelines!

And in the meantime, enter below to win a Fidgitz for yourself! Be sure to come back each day for additional entries! While you’re here, be sure to try and win one of our other great giveaways!