I have been playing with various hand-held puzzles for as long as I can remember. I think we all had those little slide puzzles where you moved squares around until you either completed a picture or put the numbers in order. Many of mine came as toys in fast food kids’ meals. I’d have my mom mix it up and then I’d work on it in the car or at home, never putting it down until I had completely solved it.

Today, hand-held puzzles are much more complex. The simple slide puzzle is not sufficient to keep my girls entertained more than a few minutes. I guess it all started with the introduction of the Rubik’s Cube in the late 70’s – people realized that there were so many more possibilities and not everyone could solve them. Just attempting it was challenging enough, and to actually complete one…well…bragging rights! 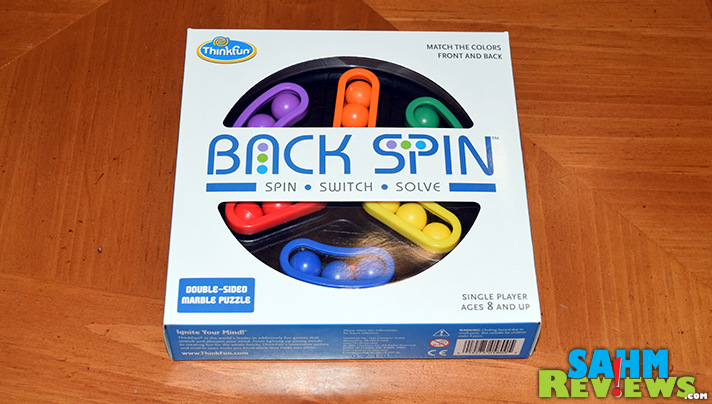 As a family, we have a small collection of puzzles we go to when the weather is bad. Lots of those metal and wooden ones where you have to disassemble/reassemble it. We pick them up at thrift stores and have even made a video of a complex one showing how to do it! So when it comes to these types of toys, there aren’t many we haven’t seen some variation of. Until today. Back Spin by ThinkFun was a new one for us, and although not near as complex as a Rubik’s Cube, it was one our youngest couldn’t put down until she had it solved. 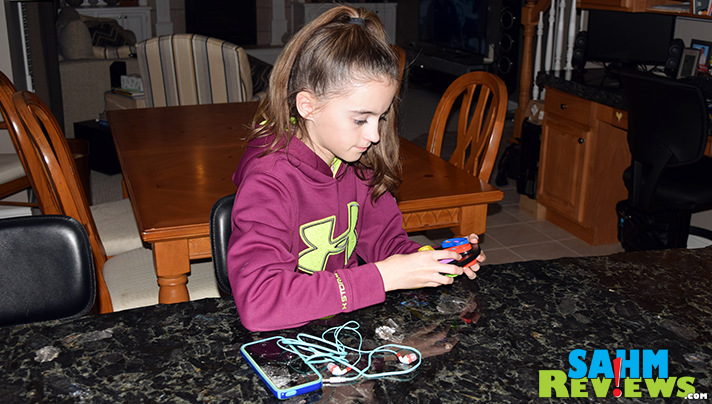 Back Spin has some similarities with the slide puzzles of old in that you are sliding colored marbles back and forth trying to get them into their matching spaces. As you’ll notice, the corresponding spots are not connected – so how to get them from one to the other?

That’s where Back Spin is unique. The entire puzzle rotates in your hand, spinning against the other side. There are holes that allow the marble to be pushed to the opposite side, staying there temporarily until you line it up with the correct color and move it back. 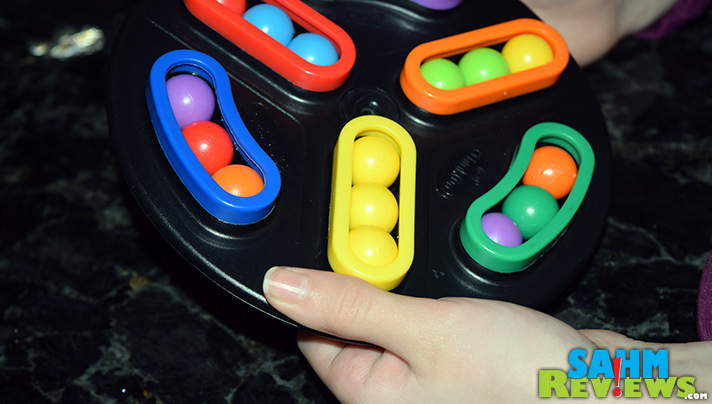 Nine different colors and a total of twelve sets makes up the entire Back Spin puzzle. Because the final spaces lay both horizontally and vertically, it is much more than just turning the wheel until they fit into place. You must maneuver the marbles in both directions until you have them all in place. 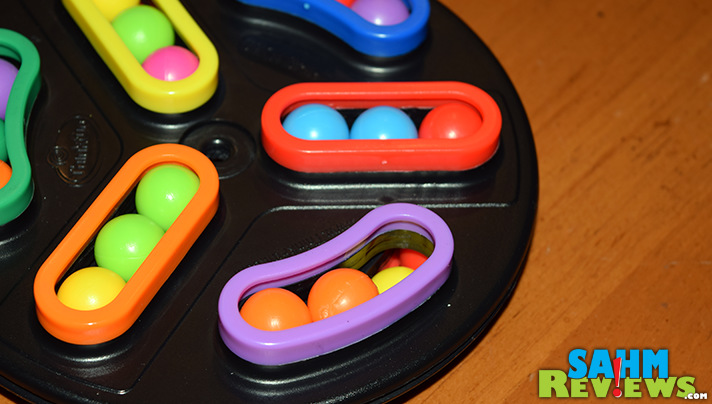 Listed for ages 8+, we could honestly see it being enjoyed by advanced kids as young as 5 or 6. Our youngest daughter (12) solved in in around 20-25 minutes, and she quickly handed it off requesting it be re-shuffled so she could try to beat her best time! 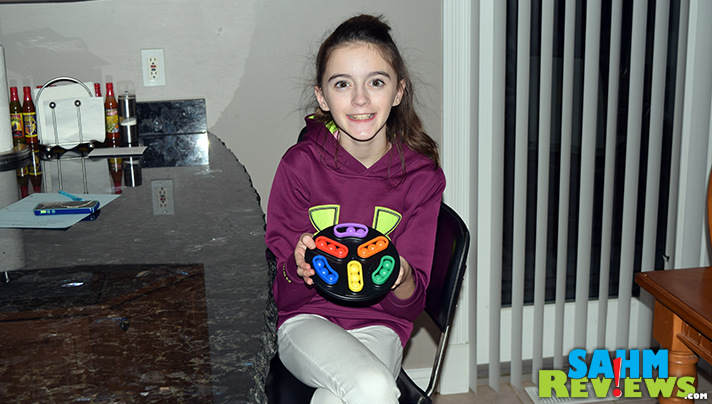 At around $15, Back Spin is a perfect replacement for the travel slide puzzles we used to enjoy as children. And because of its larger size, more than one person will be able to look over your shoulder and participate in the decision-making process.

Over the years we’ve featured a number of great puzzles and games by ThinkFun, and once again they’re offering one up to a loyal SahmReviews reader! Enter using the form below and be sure to check out their website and follow them on Facebook and Twitter to see what they’re coming out with next!
Back Spin Puzzle Giveaway

16 thoughts on “Back Spin: A Puzzle Like We’ve Never Seen”