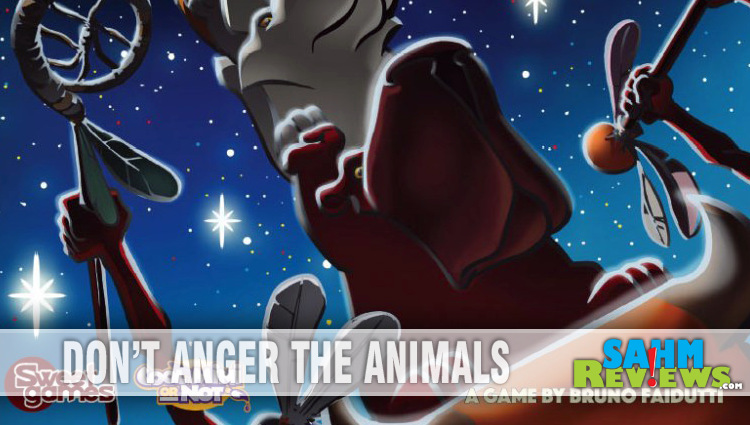 Sometimes it can be absolutely hilarious to watch my girls struggle with tough decisions between right and wrong. Especially when the stakes aren’t very high. Of course we’ll guide them when necessary, but ultimately these are decisions they need to learn to make on their own.

We utilize board games not only as a recreational outlet, but as a learning tool for a myriad of opportunities. For the most part they are able to develop better social skills (Happy Salmon), fine tune their ability to plan ahead (Orléans) or even work on hand-eye coordination (Crossfire). Lately they’ve been practicing becoming better liars. And before you get all worked up, let me explain.

I guess the more acceptable term is “bluffing”. Either way, you’re masking the real truth with a verbal (or non-verbal) claim or action. It is part of the game in well-known titles like Poker or Liar’s Dice, even if socially unacceptable. I have no intention of easing up on the mantra of “never lie to your parents”, but am not oblivious enough to think it’ll never happen (or doesn’t already). I can only hope they’ll grow up to wisely hold their cards close and not get themselves caught up in a web of lies.

That doesn’t mean we can’t enjoy a game that ultimately challenges us to be the best liar. The uniquely-named Waka Tanka by Cool Mini or Not does just that with its Native American themed card game for up to six players. I’m not sure if the theme of lying to (or about) Indians was intentional, so we’ll ignore that for now. 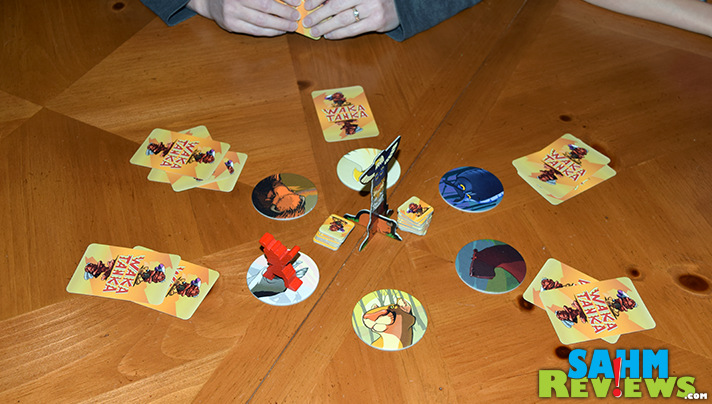 In Waka Tanka your goal is to get rid of all the cards in your hand before everyone else. The entire deck of cards is dealt out evenly to all players and the included Animal Tiles are placed in a circle around the cardboard totem pole. Apprentice tokens (what you are vying for) are placed around the pole in a couple stacks, and the Indian Marker is randomly placed on one of the animal tiles. 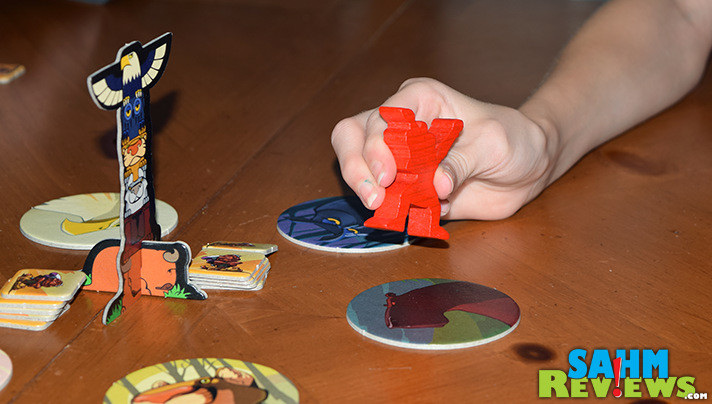 On your turn you choose from three actions to take. First you may play a card by moving the Indian one space in either direction and playing your card face down in front of the animal the Indian landed on, on top of any previously-played cards. You claim your card matches that animal by calling out the animal’s species. 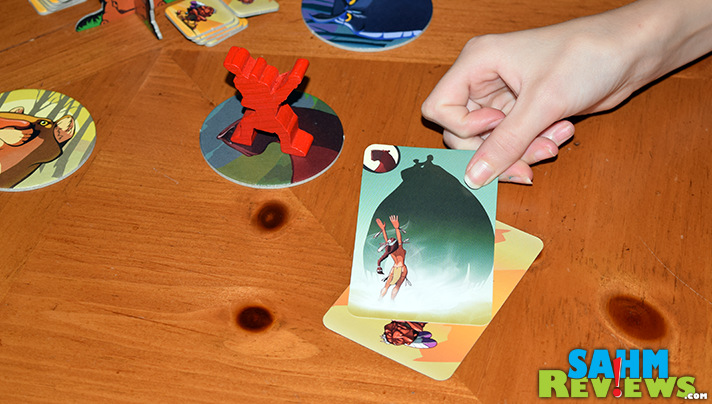 You can also elect to call a bluff. That is, when the previous person lays down a card, you may challenge them to see if they’re telling the truth. If the last played card matches the animal tile, the person who called the bluff must pick up ALL of the cards next to that animal. If you are successful in calling the bluff, the person who played the card must pick them all up and you receive an apprentice token. 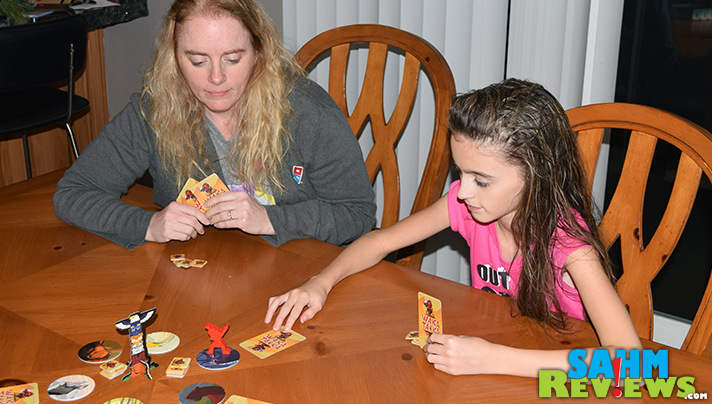 Your last option is to “Cast a Spell”. This is similar to calling a bluff, but can be done on any animal on the board. If there are at least two cards of that animal in the stack, the spell is a success and you gain one of the apprentice tokens and remove the cards from the game. If you are incorrect, the spell fails and you must take all the cards into your hand. 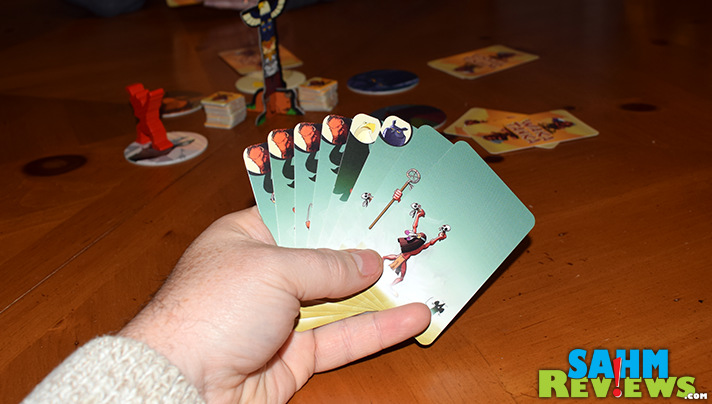 The winner is the first player to either empty their hand successfully (the next player can call their bluff), or be the first player to collect four apprentice tokens. Expect a round to last only 20 minutes or so, a perfect filler game and one that supports up to six players! We love the addition of the Indian, forcing someone to lie if they don’t have a card that matches the animal the Indian is on. We all know that person who refuses to lie in bluffing games, and Waka Tanka forces them to! 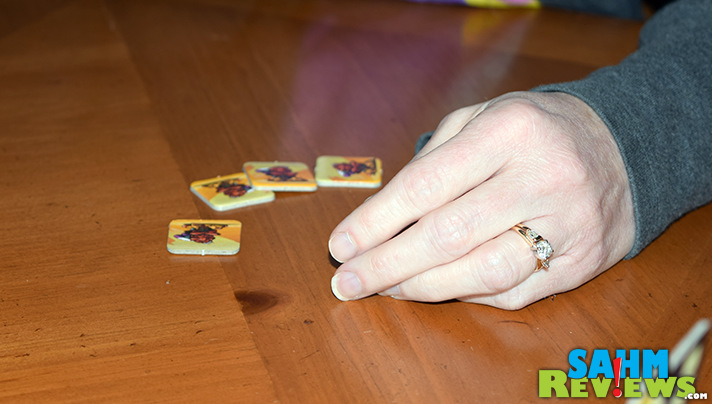 You’ll find copies on Amazon for around $19, well under the $25 MSRP. Keep an eye on Cool Mini or Not‘s Twitter and Facebook feeds – they have a very exciting Kickstarter project in the works that you certainly won’t want to miss! No spoilers, but rest assured, it will be THE hot one of 2017!

Do you enjoy bluffing games?