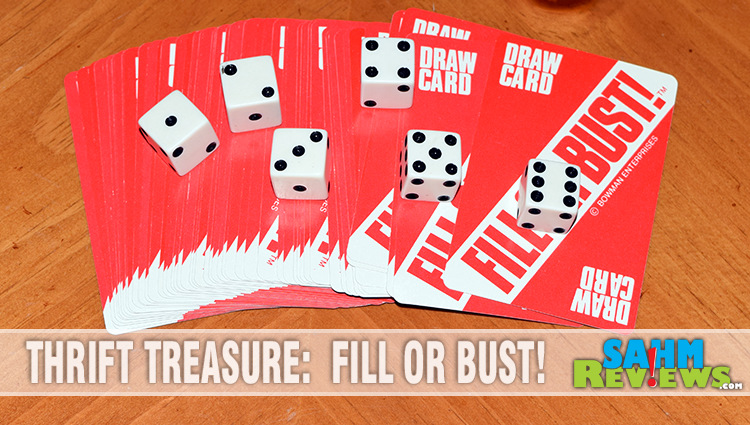 Dice games are among our favorite titles, but you’ll also find us playing the occasional card game as well. This week we spent a whopping 99cents at the Sterling, IL Goodwill for an 80’s title that utilizes both. Fill or Bust! by Bowman Enterprises is this week’s Thrift Treasure! 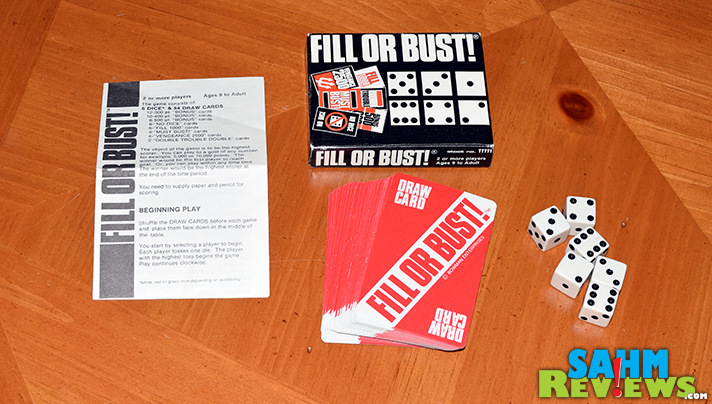 If you’ve ever played Farkle, you’ve already played half of Fill or Bust! In both games you are required to roll your dice, setting aside at least one scoring die each time. If you roll without receiving a scoring die, your turn is over. Classic press-your-luck dice rolling! 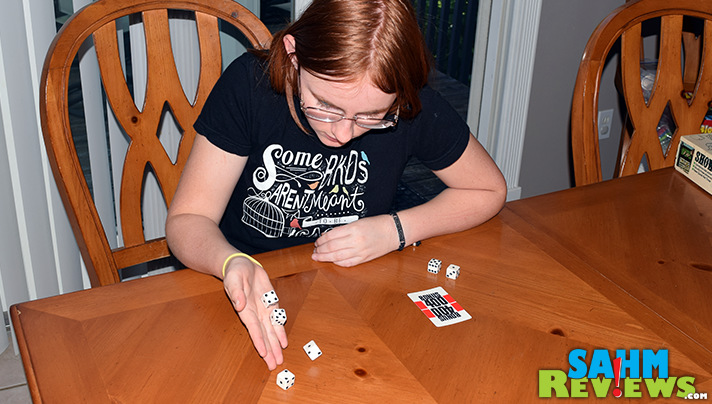 In this version you score points for rolling and setting aside a single “5” for 50 points, a “1” for 100 points, three of a kind for 100x the value of the triples (three fours are worth 400 points) or 1500 points for rolling a large straight (one through six) in one roll! 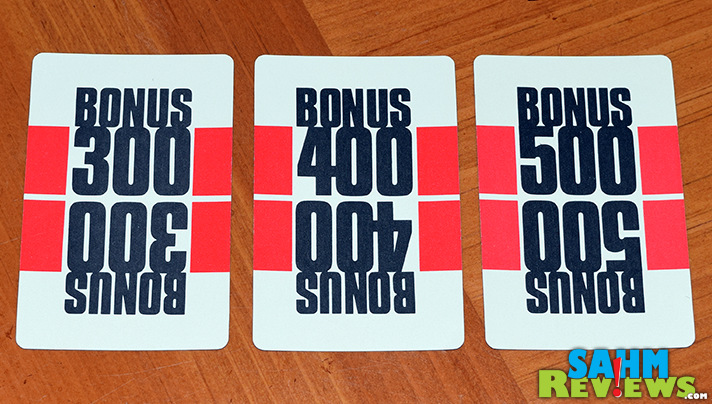 Fill or Bust! takes it up a notch by adding a custom deck of 54 cards which determines your roll goal each turn. At the beginning of your turn you draw one card and reveal it. If you drew one of the bonus cards, you will receive these additional points if you roll a “Fill”. A “Fill” is when you continue your turn, eventually scoring all six dice without having a losing roll. You may still continue your turn when you roll a fill, score the points, draw a new card and begin your turn again! 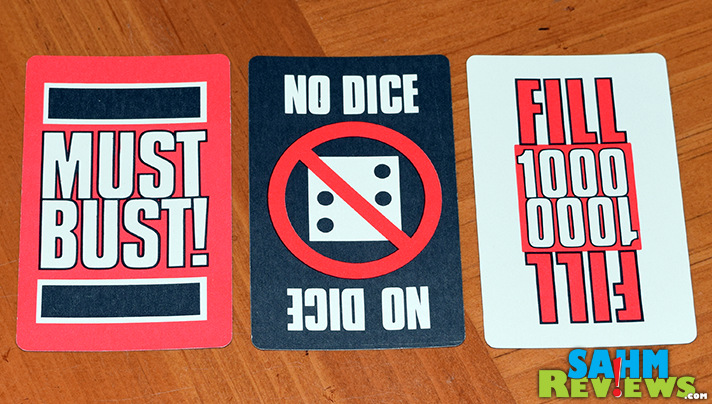 A “No Dice” card is simple a “Lose Your Turn” card (yuck). There’s a “Fill 1000” card that forces you to either complete the fill for a bonus 1,000 points or get nothing since you have to continue rolling until you complete the fill or you don’t. The “Must Bust” card is the easiest to achieve as you simply continue rolling until your bust (don’t roll a scoring die). Instead of receiving nothing, you still receive all the points you had previously set aside. 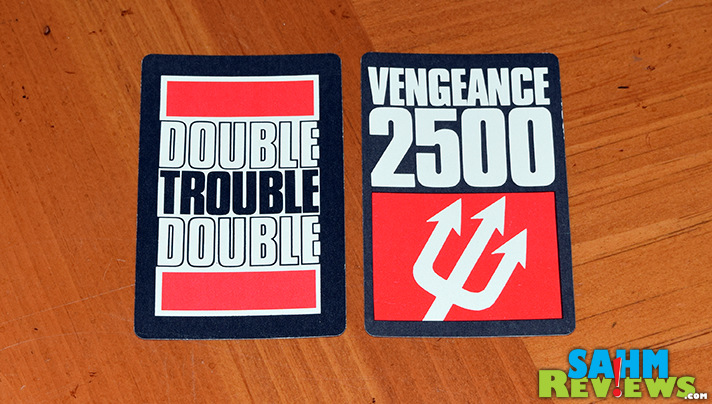 There are two remaining card types in Fill or Bust! – “Double Trouble Double” which challenges you to roll two consecutive fills. Bust and you receive nothing, but complete it and you get to double the points scored for that round! And “Vengeance 2500”, which is optional to play (you can discard and redraw). If you do, you must complete a fill. When successful, you receive your saved points AND deduct 2,500 points from the score of the leader!

The length of the game is determined before-hand and is typically played to a total of 5,000 or 10,000 points. First player to achieve that total wins the game!

Usually when we find one of these 80’s-era games, either the game is no longer made, the company no longer exists or both! Surprisingly, neither of these are true in the case of Fill or Bust! Although originally copyrighted in 1981, you can still find new copies for sale direct from Bowman Games. As usual, there are a number of copies on eBay as well, but since the new copy is only $6 you might as well go that route!

Have you ever seen this game? How about Farkle?