Can you believe we found yet another 80’s abstract game this week?! Maybe it shouldn’t count as from the 80’s since it does bill itself as “A Strategy Game Ahead of Its Time”. Either way, we were excited to find another one for our collection!

After playing Input by Milton Bradley a couple times, we had a feeling we had recently played something similar. Not exactly the same, but just something about how the pieces moved that made us think we had recently played it. Then it hit us – Onitama by Arcane Wonders! It isn’t the same game (and we LOVED Onitama), but the movements of your pieces felt very, very similar. 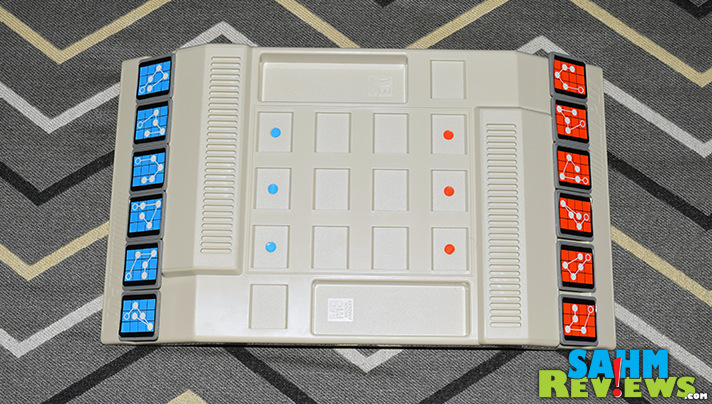 In Input you go head-to-head with one other player trying to capture all of their pieces. Groundbreaking, right? But in this case each piece moves differently. On the face-up side of your pawn is the pre-programmed route it must take before being reset. 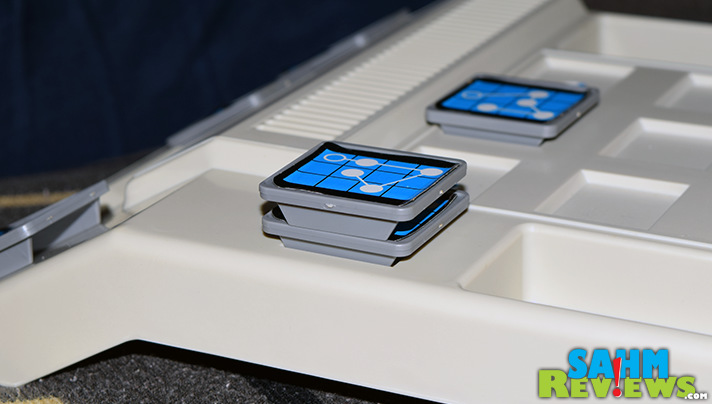 The “Entering Space” is the only area where you may stack pieces, otherwise only one pawn may occupy a spot. You capture opponent’s pieces by landing on the same spot in which they have one of their pawns. In order to get any of yours into play, they must travel through the “Entering Space” first. Putting one there readies it for deployment to the main board. 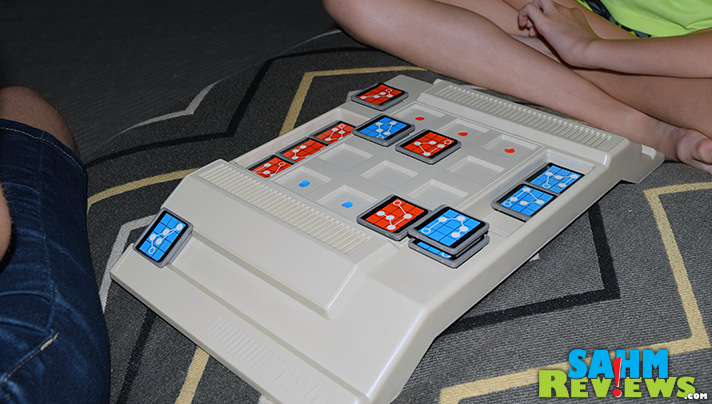 When moving a piece onto the main board for the first time, it must be place in the designated starting location (white circle) and oriented correctly. On successive moves it will follow its pre-printed path until reaching the end of its programming. Once at that point, on your next turn you can either move it back to your rack or to the top of the pile on the “Entering Space” (keeping in mind you may have no more than three tiles in that stack). 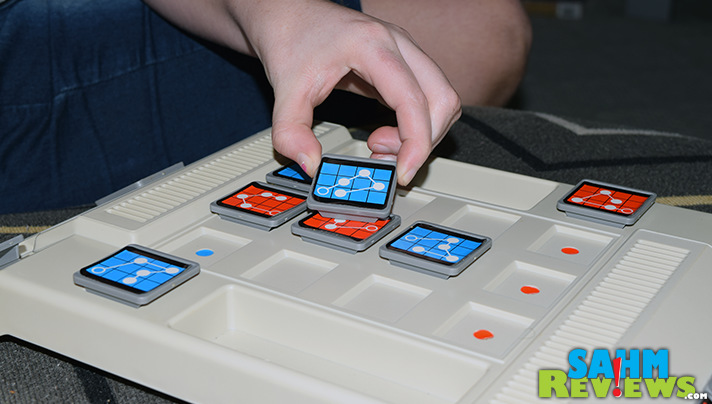 Just like Onitama, since the moves are visible by both sides, you can easily look ahead a couple moves to determine where your opponent might play next. Once a piece is captured, it is removed from the game and placed in a handy storage bin contained within the board. 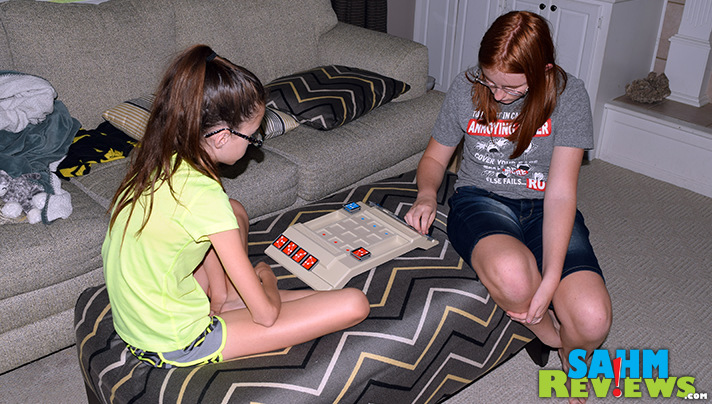 Although unlikely, it is possible to get yourself into a position where no one can win, and in that case a tie is declared. I know a lot of people hate games that don’t always have a clear winner, but this is the case even in Chess, so I would not hold that against Input.

You won’t find new copies of Input on Amazon since it was only published one time in 1984, but there are a number of surprisingly affordable copies on eBay. Of course you can always do like we did and try to find one at thrift. Even then, I think we still paid around $3 and have already gotten our money’s worth out of it!