I’ve had a lot of fun trying out abstract games from the 80’s and 90’s through our Thrift Treasure series of game finds. And this week is no exception, well except for the fact that it isn’t an old one. Space Checkers from Wiggles 3D was just issued in 2012! It’s always amazing to me to find newer games already on the shelves of our local thrift shops. 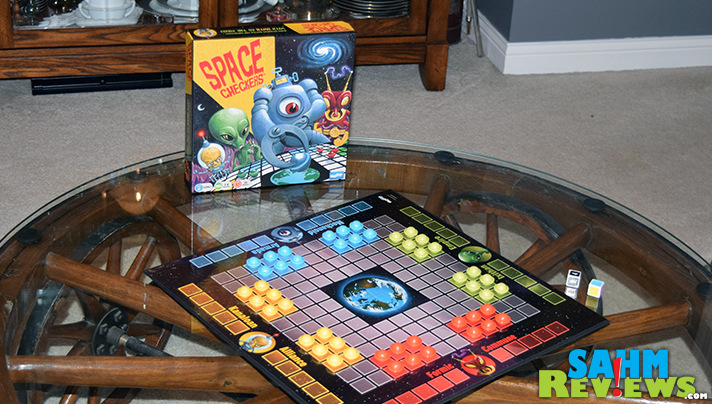 Once again it looked like the game had hardly been played, if at all. For $1.88 we could hardly pass! And the opportunity to play a 4-player version of checkers (and in space!) made it an instant buy! 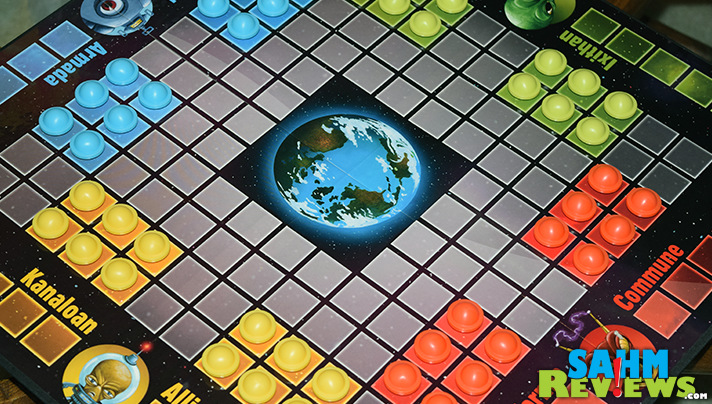 Each player has a set of twelve custom-colored spaceships (UFO’s) that begin in their home area. The object of Space Checkers is to capture 10 of your opponents’ ships before any other player does the same. Capturing is done via a traditional checkers move of jumping one ship and landing on an empty space on the other side. 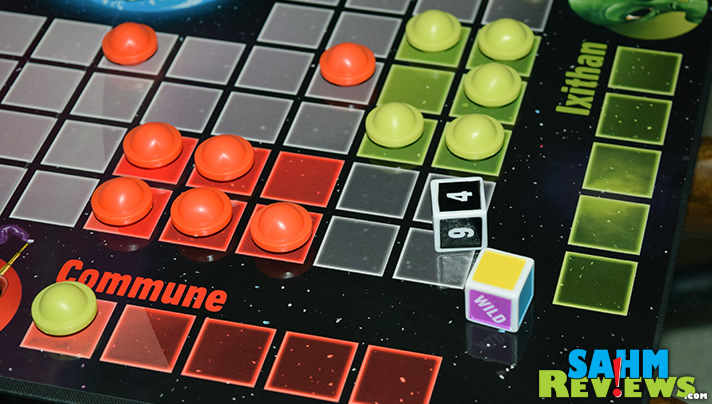 But movement is quite a bit different. Unlike traditional checkers, this game includes two dice. One yields the number of spaces you may move while the other results in a color which dictates the direction of movement. You choose which one you are commanding and move it in the direction of the color rolled (diagonal or straight) for the number of spaces rolled on the other die.

This is where things get a bit tricky. The rules are very incomplete about what constitutes a legal move, especially in regards to direction. If you’re in front of green and roll green, do you move straight towards it? Diagonal towards its center point? Do you choose? 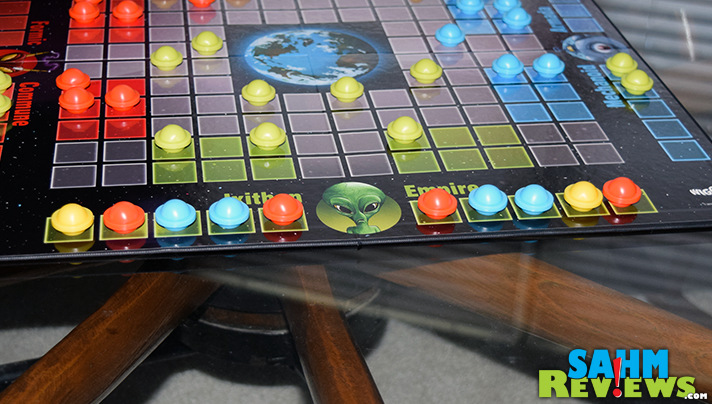 Also, do you stop moving after a jump? Can you do multiple jumps in a turn? Getting your ship to the opposite side of the board unlocks the “wild area” where you can ignore the direction result and move in any direction you wish. Hitting the edge of the board also warps you to the other side, a quick way of transversing the playing area. 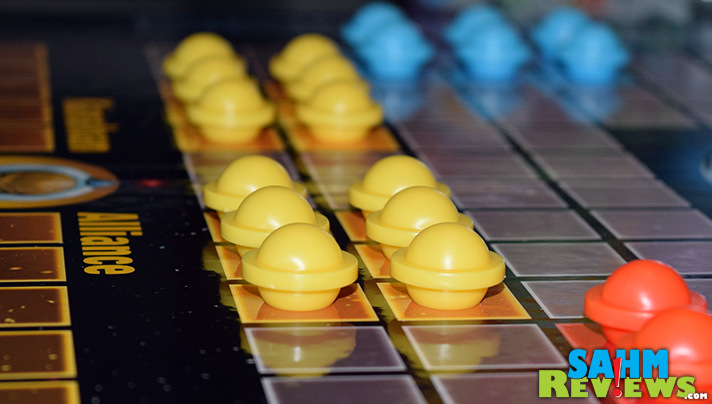 Space Checkers has the manufacturing quality you’d want in a family game, but sadly is lacking on the rules. Maybe a set of house rules or fan-created ones would make it play much better. That’s not to say it is a bad game, but one that feels unfinished. At least it has cool UFO’s to play with!

You really don’t have to wait to find a copy at your local thrift store as it is available on Amazon for under $10 shipped! Wiggles 3D does have other (better-known) titles in their library. Maybe the next one we look at will be much better!