By now you know that one of us was fortunate to attend a sneak preview of the new Marvel movie, Captain America: Civil War this past weekend. This same person (cough…Nicole…cough) also got to see upcoming episodes of The Real O’Neals, Adventures in Babysitting and The Family. And like that wasn’t enough, she also interviewed many of the actors and actresses in person, some that I would give up an arm or leg to meet! She has such a rough life I tell you…

While she was gone something happened here at home that almost never happens. While we live in a major metro area (for Iowa), rarely do any movies offer a sneak preview before the actual release date. Much less for free! But this is exactly what happened on Tuesday! Our local Cinemark was hosting a pre-release preview of the new John Carney release, Sing Street. Rated at PG-13 (the same as many of the Marvel movies we enjoy as a family), I gave the kids a night off from homework and chores to take them to the 7:00 presentation.

And it was fantastic.

Sing Street is a fictional tale of a teenage boy in Ireland in 1985 whose parents are having serious financial difficulties, like many in Ireland at that time. This results in the main character, “Cosmo” as he is later nicknamed, to have to change to a different (and seemingly lesser-quality) school. Run by a strict headmaster, Cosmo doesn’t fit will into this Irish Catholic institution at first.

As teenage boys often do, he becomes smitten by a mysterious ‘older woman’ who hangs on the steps of a girl’s foster home across the street from the all-boys school. After insinuating to her that he is in a band, he realizes that now that he has piqued her interest he must now actually follow through and form one for real! 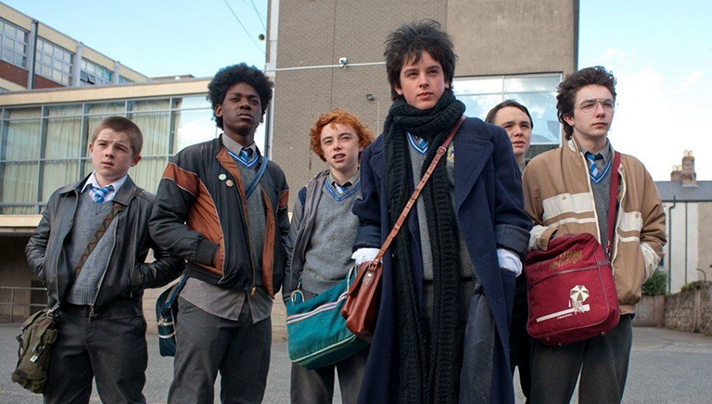 Remember, this is the mid 80’s and the time of Duran Duran, The Cure, Genesis and more. These are their influences and with the guidance of his college-dropout older brother (Jack Reynor, Transformers: Age of Extinction) he become well-versed in the hot American-made music of the time. 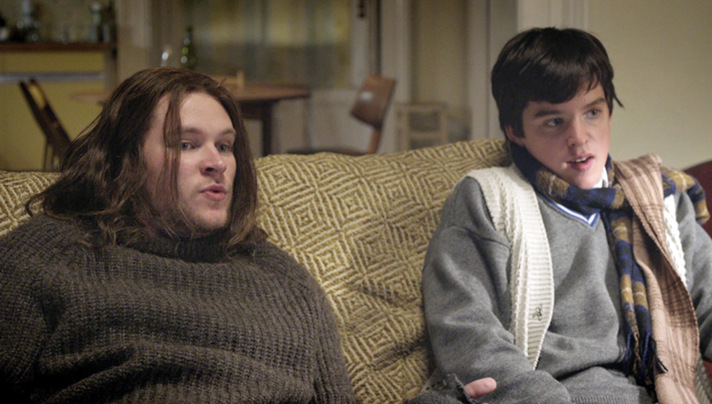 And that’s all I’m going to tell you about the plot since you’ll certainly want to take it in for yourself. Sing Street is a feel-good title similar to Tom Hank’s “That Think You Do”, another favorite of ours. Appropriate for teens and pre-teens with only one quick scene that you’ll hope they miss. A lot of smoking and some drug use (marijuana) is shown, but does support the story and isn’t gratuitous. 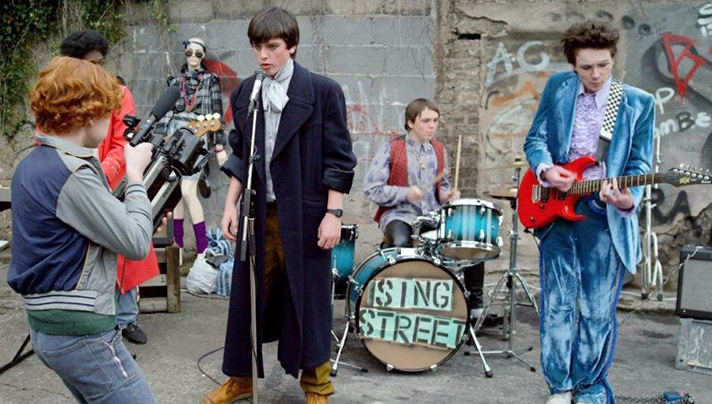 Both of my girls (11 and 13) are still talking about it two days later and are anxiously awaiting for the soundtrack to be released tomorrow along with the movie! Make no mistake, this is no ‘kid’ movie however. The crowds at our viewing certainly trended much older and we’ll expect this to be a solid Gen X favorite!

10 thoughts on “Sing Street Has the Right Address”