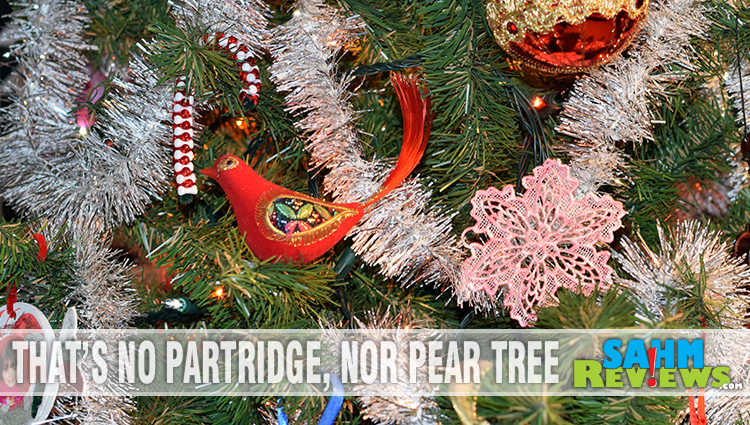 It’s hard to believe that only yesterday we were celebrating the start of the new school year. If my girls are reading this, we weren’t throwing a party and having drinks and appetizers. We are lonely when they go to school. Of course, any parent knows exactly how we all feel about the start of school. Right?

But it makes time fly, that’s for certain. Homework and activities and sports and carpooling and whatnot. Before we know it, half the year is gone and *poof* Christmas break is here. Like this. Christmas is soon! So to get in the festive spirit (aside from the holiday gift guides and boatload of giveaways we have been running), I’ve decided a little Christmas carol is in order. This time, Netflix-style.

On the first day of Christmas, my Netflix gave to me…

A partridge in a pear tree! Alright. It’s Alan Partridge and he probably isn’t in a pear tree, but work with me here people. We’re being creative with this song. And at least I’m not on video singing. You’re welcome.

One the second day of Christmas, my Netflix gave to me… Wait. Let’s just start at 12 and work our way backwards or this could get a bit redundant. So skip to the final verse and sing along.

12 Drummers Drumming – Netflix regularly streams concerts on their service. From classics like The Eagles and Ray Charles to current pop artists like One Direction or Justin Bieber. You may need to watch a few of the concerts to find 12 drummers, but it’s worth is, right?

11 Bakers Piping – Okay, fine. I don’t know how many there are but pastry chefs pipe frosting into amazing decorations and confections. So do cake people. And cupcake creators. And it’s the holidays so why not bake… and pipe. It works for me.

10 Lords a-Leaping – Hmmmm. Maybe this one needs to be broken up a bit. Send the kids off with Leap Frog, then watch 10 episodes of Lords of War followed by Quantum Leap and Leap Year!

9 Ladies Dancing – Adults and kids can find something about dancing. From My Little Pony and Angelina Ballerina to a miniseries following the Louis Lester Band.

8 Maids Conspiring – There aren’t quite 8 and these brides(maids) aren’t milking anything except ideas for breaking up the wedding. Want something less vindictive? Jennifer Lopez may be more your taste in maids.

7 Whales a-Swimming – Watch a documentary about swimming with killer whales or go a different way and take in The Midnight Swim.

6 Wild Geese – This one is a throwback. Isn’t Netflix awesome like that? Richard Burton and Roger Moore. Need I say more?

4 Calling Birds – There are a whole lot more than just 4! Learn about all kinds of birds in 10 episodes of The Life of Birds. The documentary series from 1998 explores more than 300 species of birds.

3 French Hens – Or better yet, one classic French Connection! This is one of those classics that people talk about, you see in crossword puzzles and has found a place in pop culture. Yet I haven’t seen it. How about you? Thank goodness Netflix makes it available to stream!

2 (technically 4) Ninja Turtles – Don’t tell me you didn’t see that one coming!

and Alan Partridge not in a pear tree!

So what is the point of this silly “song” I’ve created for you? It’s to show that Netflix offers a whole lot of variety of classic movies and TV shows, documentaries from across the ages as well as new original hit series. With only a few days left until Christmas, if you’re still stuck on ideas for gifts (even though we’ve given you tons!) then maybe a subscription to Netflix is what you should consider… even if it’s for yourself! What’s not to love about it?

Have you watched old classic shows like The French Connection and On Golden Pond?