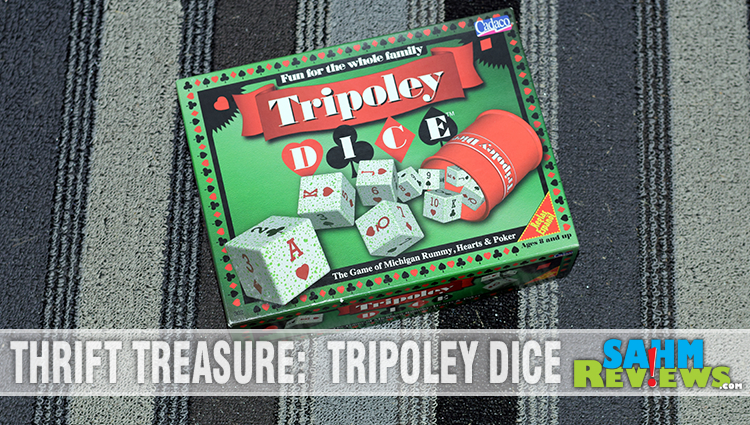 Let’s think back. Way back. All the way to last Sunday and our Thrift Treasure feature of Tripoley, a game issued by various companies over the better part of two centuries. It is a common practice to try and expand on a name or theme by creating different versions of that game, or by making a completely new game and keeping the original title to help consumers instantly recognize it. This is exactly what Cadaco did with their issue of Tripoley Dice.

If you remember, Tripoley was a combination of Hearts, Poker and Rummy in one game, and Tripoley Dice is no different. You could probably throw in a touch of Yahtzee since it uses many of the same mechanics, but it isn’t a retheme of that classic dice game.

Instead of cards, each player takes turns rolling the included nine special dice. Each die is different and the full set represents the entire deck of playing cards, including the jokers. 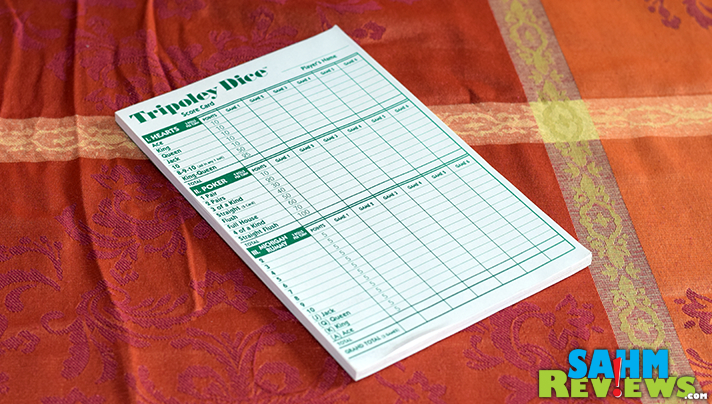 Hearts is first again, and you’re simply trying to roll as many hearts as possible and scoring them on the included sheet. You can score as many as you wish, using the end result after three rolls of the dice. 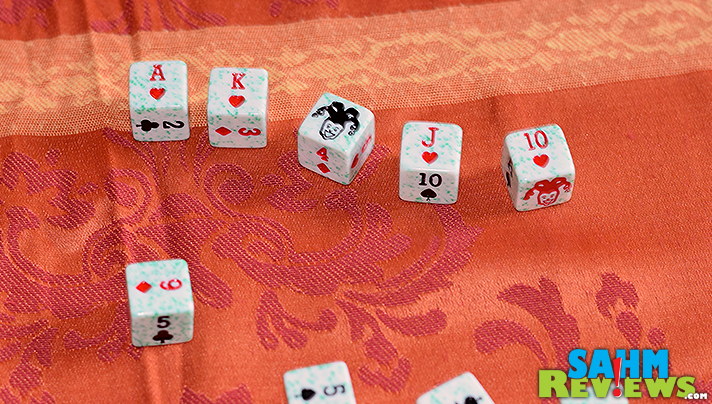 Poker is very similar, only this time you want to roll the best poker hand. The harder the hand, the more points it is worth. In this section, you are only scoring one item.

The final round is Rummy, which plays a bit different. Every player will get one turn and you’re trying to roll as many numbers in sequence (starting with a two) as you can. Suits do not matter and you score five points for each successful die. The next player picks up where you left off, continuing the sequence and returning to 2 once they reach the Ace. After every player has had one turn, this round (and the game) ends.

Each set of three is very quick, so it is common for players to play a series of rounds before determining the overall winner. We found Tripoley Dice to be more enjoyable than its card counterpart. Our girls love rolling dice in general, so I’m sure that played a large part in their opinion of one over the other.

Tripoley Dice is still offered brand new for around $20 on Amazon. If you’re tired of Yahtzee and looking for something with a little variation, Tripoley Dice might just be “suited” for you!