While we were shopping at Goodwill last week, we came across something unique. Wrapped in cellophane tape was a cylinder-like set of playing cards. There was no packaging, no paperwork nor any rules – just this odd tube that reminded me of vintage card-themed dice I played with decades ago.

The only hint as to what we had found was some markings at the end. “Geospace Card Spin” was printed on the flat edge along with “Pat. Pend.”. A cursory Google search while in store hinted about what this was used for. It was priced at only 88 cents, so we decided to take a chance on it. If nothing else, it would make a cool fidget item for one of our desks. 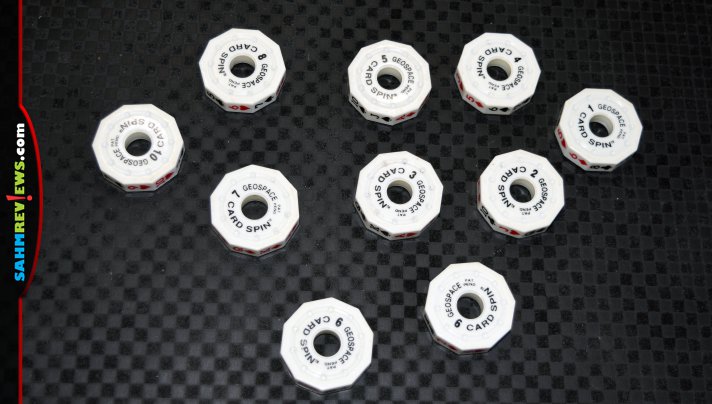 Card Spin was originally offered in 1996 and is meant as a replacement for a standard 52 card deck. Comprised of ten magnetic “wheels” which nest with each other, they are imprinted with ten standard card suits and numbers. It appears the original packaging included rules of how to utilize the system with popular cards games like Poker or Rummy. 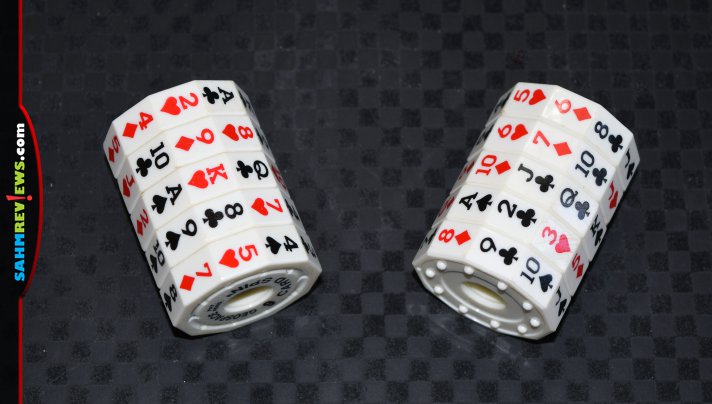 Our understanding is that one Card Spin set supports two players who will each utilize five of the wheels at random. Spinning them against each other will yield a unique hand of cards. While we can see what the original inventor was going after when this was created, it seems there are a few natural flaws that prevent it from being a true card replacement. 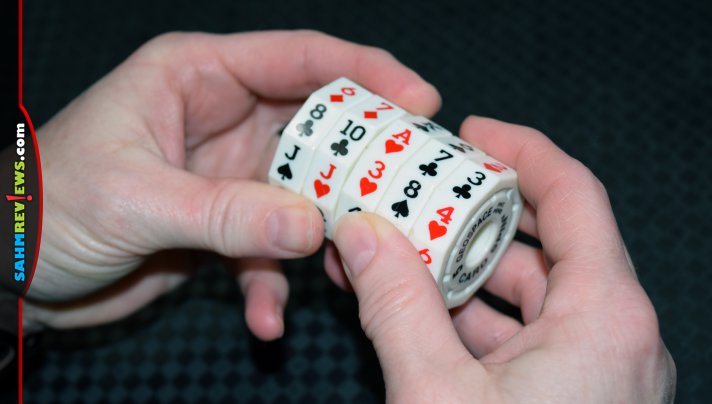 First, there are 100 faces in this set. This means most of the cards are duplicated, but not all. This is an odd distribution and the knowledge of which cards don’t have a twin would give a player an advantage. It’s weird to try to play Poker and having more than one of a card appear during one trick. The design of the contraption, while nicely engineered with magnets and a peg & hole system, makes it easy to accidentally (or purposely) rotate the cylinder to get a better hand. Lastly, because of the fixed nature of the printing, it is much less random than a shuffled deck of cards.

The Card Spin is certainly an interesting item and we’ll keep ours, just like I kept those card dice from my youth. It is a fun item to play with in your hands, letting the magnets in the wheels snap to each other. There are new and used copies on eBay, but not as inexpensive as the one we found at thrift. It’s worth a buck for the novelty, not much more.

Had you ever seen this gadget before?