We are officially halfway through September. The kids are back in school. Schedules are getting back to some sense of consistency. Football season has even started. Want to know what else? Last week we had temperatures in the 80s. In Iowa. In September. Mother Nature apparently isn’t ready to usher out summer any more than I am.

Even with the kids in school, there’s no reason to give up on the idea of summer. Blue Bunny agrees and is giving fans the opportunity to make the most of the last days of summer with The Final Conedown Sweepstakes.

From now until September 22nd, visit Blue Bunny’s Facebook page for opportunities to win cool prizes such as personal electronics and other gear. Entering is as simple as making the most of the last days of summer then sharing a photo on Instagram or Twitter and tagging it with #FinalConeDown and #BlueBunnyWinBig. Full details are available on the contest page.

Wondering what kind of prizes, specifically? A total of sixteen (16) Premium Prizes are available over the course of the promotion in addition to multiple runner-up prizes. Here’s a taste of why you should stop by and enter: 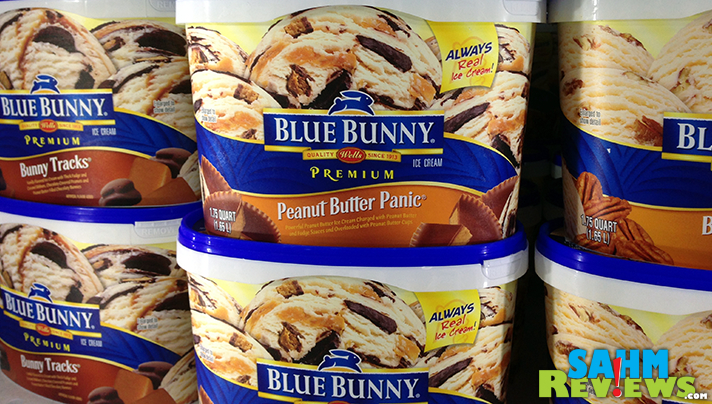 We’re savoring the last days of summer as much as possible. During our recent mint-inspired celebration, we had an Ice Cream vs Frozen Yogurt face-off! Any guesses which won the battle? If you’ve had Blue Bunny ice cream and frozen yogurt then you probably already know the answer. Both won! They each offered a delicious flavor and the real winners were those of us who insisted on trying both alongside our chocolate mint cake. We created an excuse to have two scoops instead of one! Why didn’t we think of that sooner?!

If you’re not ready to call it quits for the summer, join in on Blue Bunny’s Final Cone-Down. You may find yourself with happy taste buds AND some cool new prizes. Before you hop off to Blue Bunny’s contest, be sure to enter to win the package of vouchers we’re giving away! Remember to come back daily to scoop up some extra entries.

Do you prefer to iScream for ice cream, frozen yogurt or one of Blue Bunny’s frozen novelties? What is your favorite Blue Bunny treat?

75 thoughts on “I Scream! You Scream! Summer Isn’t Over!”