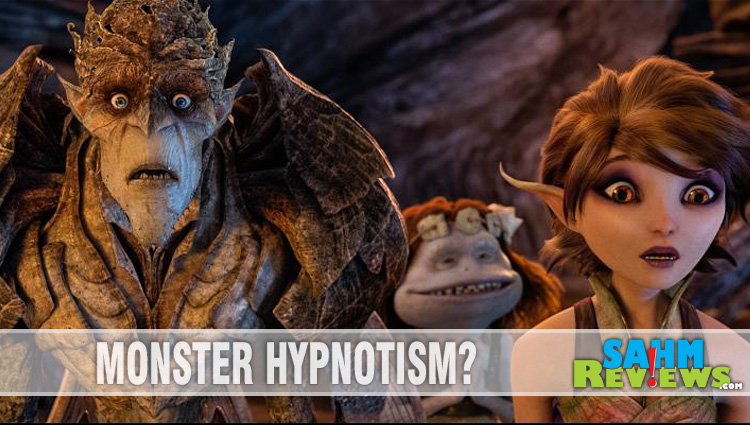 Music has always been a critical part of my life. From my young days in dancing where I was exposed to a variety of genres of music to now where I’m appreciating all-things orchestra thanks to my daughters. Along the way there have been some standouts. In high school and college, I was all about oldies. Mostly 50s and 60s but some big band and swing music as well. If I was into karaoke (which, thankfully, I’m not) then The Supremes would have been on the top of my list.

As with any couple, some songs hold special significance and bring tears of joy to my face whenever I hear them. Most notably, Elvis Presley’s “Can’t Help Falling in Love”. I’ve heard a lot of renditions and they all make me smile. Some social media friends of mine were invited to meet and interview George Lucas as publicity for the launch of the animated motion picture, Strange Magic. I recall seeing in one of their wrap-up posts that this song so dear to my heart would be a driving force in the movie. Strange Magic had already been on my radar to watch but this news pushed it over the top.

Since I receive media notifications and details about upcoming Disney movies, I see a lot of trailers as soon as they are released. All the previews I had watched for Strange Magic made the premise of the movie feel a lot like Epic. Movies are always compared to predecessors so that didn’t concern me. After all these years of movies, it would be pretty difficult to come up with a completely original idea or theme that is unlike any other. So while there were similarities in the previews and descriptions, I still had every intention of going to see it in the theater as the first of many 2015 Movies that I planned to see. If you haven’t seen any of the Strange Magic trailers yet, here’s one for you: (You can catch other trailers and news on the Strange Magic social pages: Facebook, Twitter and Instagram.)

With a few preconceived ideas in my head, we set off to see it. Let me tell you… it was NOTHING near what I expected. Not strange as the title led us to believe but definitely, definitely, DEFINITELY magical.

First and foremost, the plot was quite different than Epic. The trailers that gave that impression were masking the true nature of this movie. Instead, it’s a story about love and relationships. “Strange Magic,” a new animated film from Lucasfilm Ltd., is a madcap fairy tale musical inspired by “A Midsummer Night’s Dream.” Popular songs from the past six decades help tell the tale of a colorful cast of goblins, elves, fairies and imps, and their hilarious misadventures sparked by the battle over a powerful potion.”

But what made this movie totally over the top for me was the music. The soundtrack includes updated renditions of songs that I loved in high school and college that dated back to the 50’s and 60’s intertwined with songs from the past few years and topped off with the highlight song “Can’t Help Falling in Love”. Six decades of music that had me smiling from ear to ear the entire movie. While I think telling you about the movie will just give too much away, sharing the soundtrack should inspire you to want to go see it.

My girls along with a neighbor girl and boy all said they wanted to see the movie again. The neighbors wanted to see it with their parents. My daughters said they wanted Scott to see it. I have to agree… My only regret about this movie is that the love of my life wasn’t sitting next to me during it. No doubt, we’ll be seeing it again.

Which song most resonates with you?

23 comments on «Strange, No. Magical, Definitely!»