I’ve mentioned before my love for well-made games. Not necessarily the game play, but good quality materials and construction techniques. Wooden games rank high on this list – there is something so simple, yet timeless about them. This week’s Thrift Treasure falls into this category once again with another discontinued game called “Quits”. 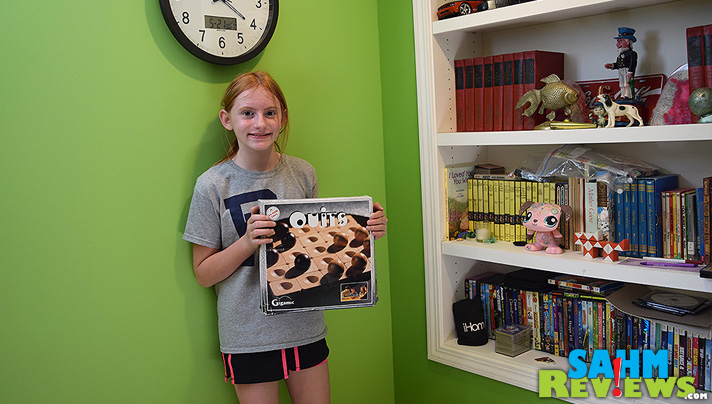 Only $2.38 at our local Goodwill and in completely unplayed condition. The box wasn’t too bad either – you could tell it had languished on a shelf underneath other more popular games. But it was intact! 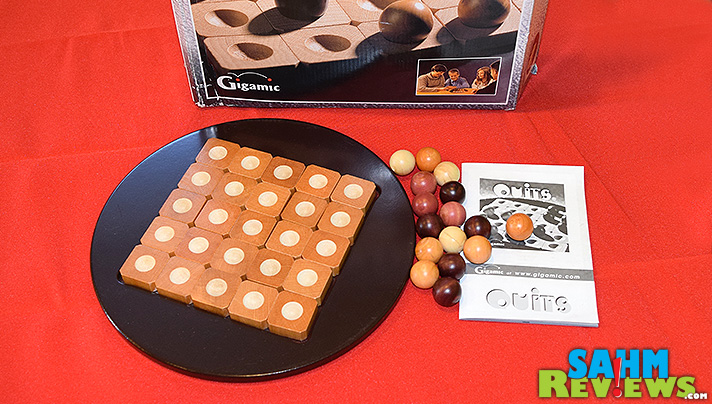 Every piece of this game is made from wood, including the four different colored balls. Different types of wood or just stain? Not sure, but either way they are a welcome change from today’s plastic pieces.

Quits is designed for two to four players and takes only 10-15 minutes per game. The object is to move your balls to your opponents home space. That’s it! Oh yeah, you have to do it three times. 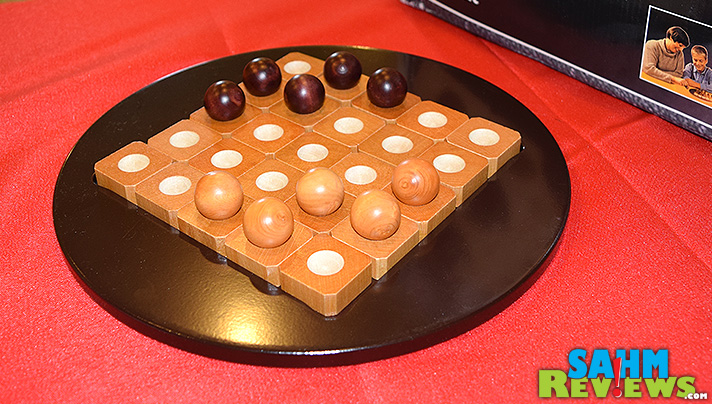 In this two-player demonstration, we start out with five balls each and take turns moving them towards the empty spot in front of the other player. You can move a ball diagonally sideways or forward (diagonally). Your only other choice of movement is to move an entire row or column at a time by shifting the tiles underneath. 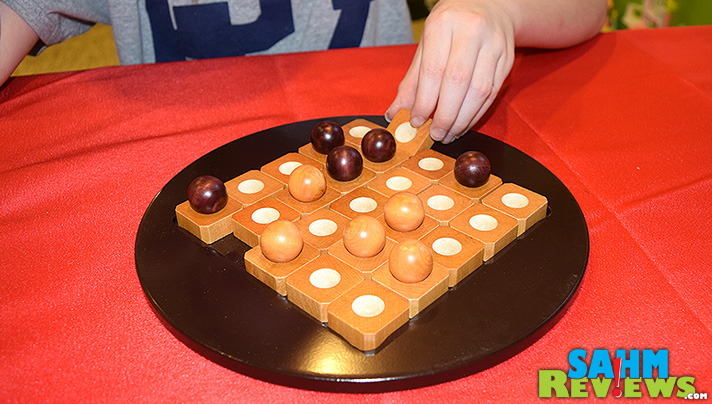 Sounds simple, right? On the surface it is very easy to learn, but upon playing the game you’ll find it is super-difficult to master. Just as you think you’re on the right track, your opponent will shift a column and block you with one of their pieces.

Play continues until one person gets three of their balls to the opponents base (each scoring ball is removed from play at that time). This gal thought she was going to win, only to have it pulled out from underneath her! (She lost by one move.) 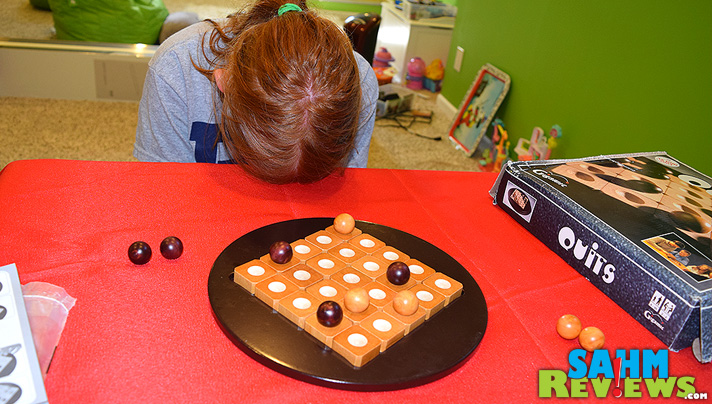 Very easy to learn, but suited for ages 8+ due to the strategy involved. Younger players would have a good time with it if they are playing someone of equal skill. This is another game to watch for at a local yard sale or thrift store since it is no longer being manufactured. You can find copies on eBay for around $25 if you would like to add one to your game collection. Better yet, tell Gigamic that you want them to make it again! They also have a small following on Facebook if you’re so inclined.

This one’s a keeper if only for the fact that it will outlast me and hopefully be played for generations! 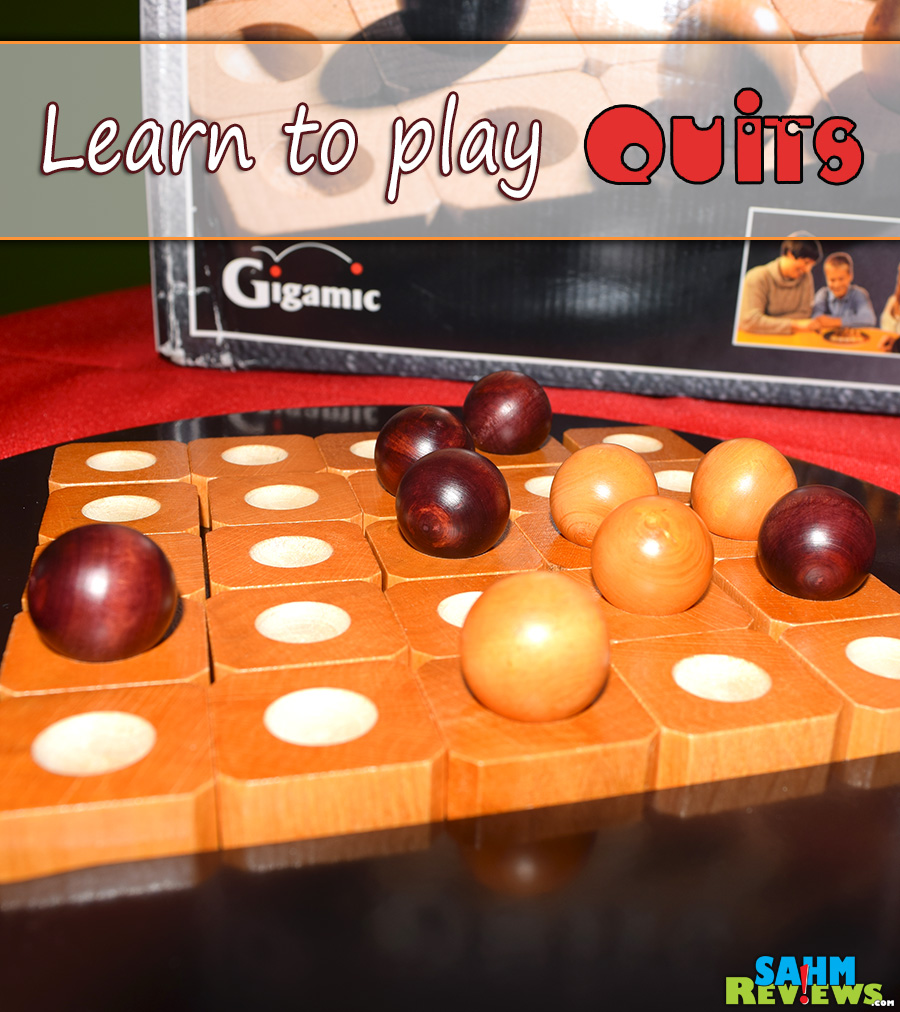