Home / Recreation / Music / My Kids, Their Music and Disney 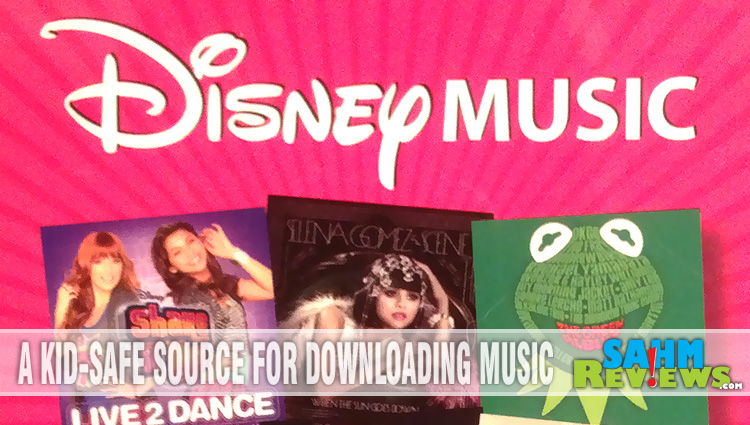 My Kids, Their Music and Disney

Our van finally hit the point where we were having constant maintenance issues. After a lot of debate, we decided to trade it in. I loved my van despite its age. It was comfortable and had very little sign of cosmetic wear and tear. It had navigation and rear entertainment systems but it was before phones were integrated into the whole system. That didn’t concern me though; I was happy.

Except, of course, for the mechanical issues which just plain scared me.

Our new van has all the bells and whistles, including the ability to play music from a portable device and Sirius XM Radio.

I was pretty sure that we weren’t going to need the satellite radio system past the trial period but I was proven to be incorrect. Not only have I discovered I enjoy listening to comedy bits in the car but the girls have discovered the magic of Radio Disney.

There is a screen in the van that displays a variety of information for the different systems. It didn’t take long for the girls to realize they could see the artist and song name.

Miss K: “Who sings this, mom?”
Me: “I don’t know; hold on.”
As I pull up the detail, she proclaims “I knew it! Dad, I want that for my iPod.”
Can’t tell you how many times we pulled up the band name to discover it was R5. The girls hadn’t heard of them but they loved the music. Miss K insisted it was Ross Lynch but our response was always “It says R5.”

While I expected this to be a once in a while routine, it became and every-other-song problem. We told the girls to get out of the habit and set a secondary smaller display to show the artist all the time.

Their fascination wasn’t with knowing who sang it as much as correlating the song on the radio to the show it originated on the Disney Channel. “Shake it Up” “Austin & Ally” and “Jessie” to name a few. The girls not only know their stage name but also know their real names. This new-found source of information has really inspired them.

I realized that there was no reason for dad to have to spend a ton of time figuring out which song belonged to who. With a Disney Music gift card, the girls could safely pick out their own songs. 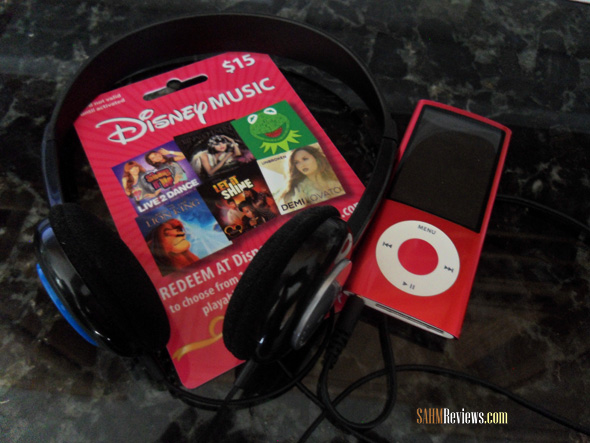 Unlike Amazon and iTunes which are linked to credit cards, our DisneyMusicOnline.com account isn’t. I let the girls go through the songs and find ones they had been begging for. The home page includes a featured artist, top hits in various categories such as new releases, soundtracks and classics. To make it even easier, the sidebar offers a list of Top Releases and Top Albums. From the home page, you’re able to listen to find popular content, listen to sample clips and download. 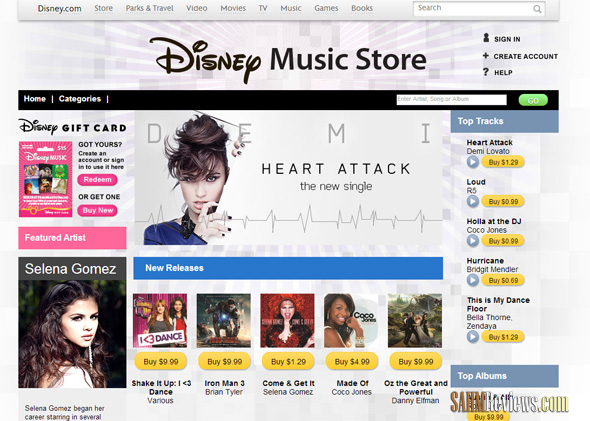 There were some that the girls wanted that weren’t on the front page. They already knew the artist and/or title because they saw it on the show or discovered it in the van. Thankfully, the page includes a search box that makes it easy to search for songs and artists.

Once they found a song they liked, it was just one click to pull up all the rest of the songs that included that artist. We did discover that Miss K was kind of correct… Ross Lynch is part of R5. It didn’t take any time at all to find a bunch of songs they wanted. (And since they were all Disney, I knew I didn’t have to pre-screen them!) 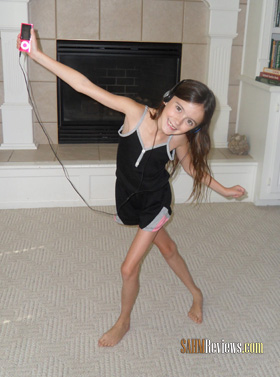 The only thing I don’t like about the Disney music website is that there isn’t a way to search by price. One we found was .69, some .99 and most 1.29. All the prices were in line with download prices on Amazon. I’m certain the girls would love the ability to maximize what their money is getting. I know I would.

We wrote them all down then prioritized to make sure we purchased a variety that each of the girls wanted. Then we downloaded. Super easy!

The girls are extremely excited to have new music on their iPods! Can’t wait to see them Shake It Up!

Disney Music gift cards are available at Walmart as well as grocery stores so they are easy to obtain. They also make a nice gift for that hard-to-buy-for kid.

5 comments on «My Kids, Their Music and Disney»