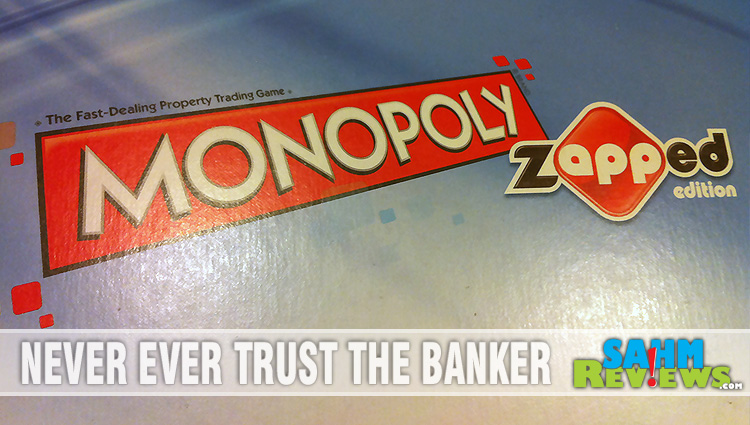 Back in the day, family game night meant sitting around the kitchen table playing a board game or a marathon session of cards. We would play Monopoly, Life, Winning Ticket, Go For Broke, Risk, Hearts, Spades, Spoons, Crazy 8s and the list would go on.

With my kids, there are many more options. Aside from the multitude of video games that are available family-style, there is an endless list of board games. Doesn’t matter what we are doing, as long as it is as a family. Family time is about doing things as a family.

We love trying new games – new and different always makes it interesting. Everyone has an even playing ground because nobody knows the tricks or shortcuts. Yet I have this thing about the old, familiar, traditional games. I’m nostalgic like that, I guess. (Or maybe it just makes me revisit memories from my youth.) I think those old, familiar, nostalgic feelings are why I think the hybrid games by Hasbro are so cool. They have a traditional board with traditional rules but the money and spinner are replaced by either an iPad or an iTouch.

With the Monopoly zAPPed game – You start by laying out the board then getting the accessories ready. Players have a token (with familiar characters but modernized a bit) along with property cards to maneuver and manage the game board. Those are complimented with a spinner built into an app you download onto your iPad or iTouch. The app also integrates with physical ‘credit’ cards for tracking each player’s money. As each player takes a turn, the general game-play is similar to the traditional game. Land on a property and you can either buy it or pay rent. Mini-games are built in to help give more variety to how much (and who) can win or lose or even now much the rent is going to be. It takes those Chance and Community Chest cards to a whole new level.

The interactive features add another component to the game and the digital money makes it easier to involve younger siblings. Siblings too young to play could join in by helping with the mini-games, even.

The only thing I didn’t like about the game is that there was a right and wrong way to lay it on the board. When we placed the iPad on the board incorrectly, it was constantly facing the wrong direction. As you can see from the photo, it was facing the sides instead of the players. Not that big of a deal but it did throw off the flow of the game. Because of the way our table is designed, we couldn’t even rotate the board to compensate for this stupid little error. It’s a mistake we only made once but nonetheless, there wasn’t a way to rotate or confirm our locations at the table prior to beginning the game.

Overall, it’s a fun twist on a classic game. The zAPPed line also is available for the game of Life but we haven’t tried that yet. I’ve read several online reviews about it that rave so we’re watching for an opportunity to pick that one up and give it a try.

For more information about Hasbro’s line of zAPPed game, check out their website. You can also find Monopoly on Facebook.  If you’re a die-hard Monopoly fan, you might find “Under the Boardwalk, the Monopoly Story” – a documentary about Monopoly – worth watching!