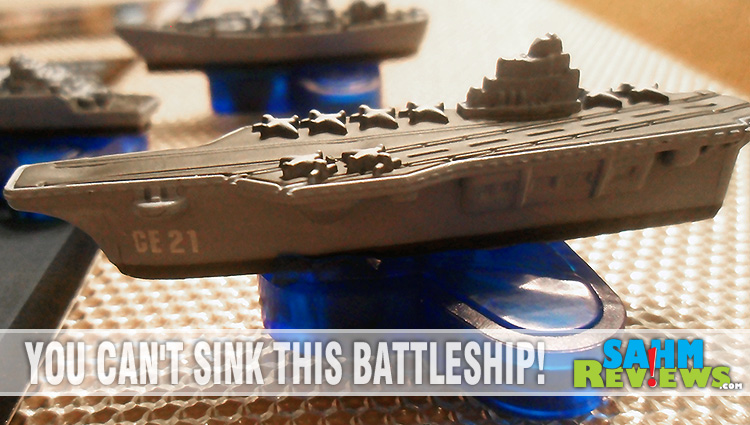 With the holidays behind us, I’m certain there are parents out there beginning to lament the purchases they made. When a child receives a new console gaming system, a handheld game or a tablet, it’s pretty common to see them cast aside books, crafts, dolls or other items in lieu of their technology. If you think about it, anything new is going to be front and center until that initial luster has faded some.

The important part for parents is to maintain rules, order and balance. I’ve discovered that technology doesn’t have to be all harmful. Children should be given the opportunity to enjoy the gaming aspect but if educational components and diversity are added then it’s win/win.

Along the same lines, finding games that are a bit of a hybrid can help maintain their interest in traditional games. Hasbro offers up a line of zAPPed games that meet that need: Monopoly zAPPed and Life zAPPed are the traditional board game with the iPad, iTouch or iPhone rested in the middle to use as a spinner, banker and additional game feature. They’re a hybrid between board and technology.

Hasbro also has a line that is more like a toy. Spellshot and Battleship offer a little different style of game play. Both require an iPad – and a free app that you download.

The best way I can explain Spellshot is to say it is like Pokemon. Different characters have different abilities. The action figure wizards included in the game integrate with the iPad “board”.

There was a little bit of a learning curve in that the girls had difficulty grasping how to play. They understood the spells and utilized the training features but didn’t completely ‘get’ how to maneuver the board. After some trial and error, they figured it out and played several times. It’s for one to two players and something that our Pokemon-loving Miss M can sink her teeth into and really enjoy.

One of the features that I like is that the game comes with spell cards to match the four characters and it isn’t expandable. Yes, I like the fact that it is only the four characters. It is easy to contain and I don’t feel like I’m needed to constantly invest in new pieces for the girls to enjoy it. Once they got the hang of it, they were good to go!

The goal is to kill the targets. The bad guys, duh. With three different ships to choose from, you embark on a mission to destroy the enemy. It’s actually pretty cool with binoculars and radar displayed on the screen. I can’t think of any other game that the kids play that shows traditional radar (as opposed to map overlay in other games) so I needed to explain the concept and what to look for. Toggle between the radar interface and the binocular interface to find the targets so you know when to attack. Look for the blinking dots and head that way… when you get close enough, the cross hairs will turn red and that means you’re ready to shoot.

Now, when I said it is INTENDED for one player, what I meant is the game designers didn’t plan it for my girls. They insisted on teamwork. It was cute listening to one direct the other on incoming enemies and “No, that’s the GOOD guy!”

It’s a simple idea but the girls really enjoyed it. I liked that the hybrid aspect of it because it has the feel playing with regular, old-fashioned toy ships and soldiers utilizing the iPad for integrated graphics.

Parents should continue to say that iPad/technology time is limited because that’s what is best for encouraging non-technology activities. At least incorporating hybrid games like the zAPPed series, they can ensure their  kids don’t forget the feel of playing with toys.