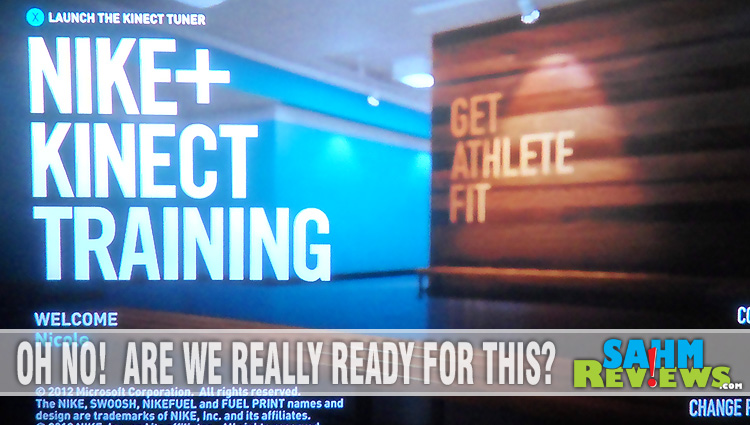 When we moved back from California in 2006, I was overweight from years of inactivity, stress and overeating. I invested in a gym membership. Religiously, I attended a cardio-strength class two times a week. Gradually, I felt some improvements in my body but I was still extremely overweight.

Then, as I’ve explained, we started eating better. DH and I decided to add jogging and cycling to our exercise routine.

But it’s Iowa. Winter. COLD outside. Neither cycling nor running are an option. I’m too much of a wuss.

Last month, I decided to step up my game and change classes. I opted for the boot camp class offered on Mondays at the Y. I got my butt kicked and surprisingly, have looked forward to Mondays since. It was tough and made me work but I felt great when I was done. Difficult is a great sense of accomplishment.

Unfortunately, the schedule this month has been hectic. I can count on one hand how many times I’ve been to the gym. For the record, I get grumpy if I don’t go to the gym. Last Friday night, I threw Nike+ Kinect Training in to see what the hubbub was all about. I’ve seen commercials for it lately and it looked cool. Most exercise video games start with a fairly simple assessment so, with jeans and sweatshirt on, I fired it up.

Wrong idea. I know better. When I plan to exercise, I should be wearing exercise clothes, proper footwear and as I quickly discovered, my heart rate monitor. I ended up having to pause it and at least go put on an exercise shirt because my bulky sweatshirt wasn’t allowing the Kinect to read my movements correctly. When you’re reading to try this out, put on fitted fitness clothes and cross-training shoes to ensure the Kinect sensors can read you correctly.

Now let’s talk about the “assessment”. Look at the first two photos. That’s me facing the Kinect AND me facing AWAY so it could snap a photo of how close I could get my hands together. I have NEVER seen a picture of how truly far apart my hands are. The assessment wasn’t some watered-down question and answer session. It was push-ups, lunges, jumping, high knees and more. It was comprehensive. It was… Ugh… Hard.

I loved it. Just like the boot camp class except I can schedule it for whatever time frame I have available and the routine can be adjusted for longer or shorter allowance times. In the time it takes me to drive to and from the Y, I can get in an entire workout on my Nike+ for Kinect.

Miss M was taking pictures for me and by the time I was on the third set of high knees, I said “Do NOT take any more pictures” and I didn’t say it very nicely. I was miserable and I could feel the anguish showing on my face. It was difficult but it was good.

Although I haven’t explored all the features, it has the ability to integrate with Nike FuelBand (which I don’t own) as well as allow you to workout “with” friends using Microsoft Live. What I know is that the assessment put me to the test and three days later, my calves are STILL sore.

This fitness program offers up a lot more than just an exercise routine. It’s extremely intuitive. As I said, I’ve been going to the gym religiously since 2006. I’m well aware of my weaknesses. Aside from the obvious things like getting winded and heart-rate spikes, I have bad knees. When I started, I had trouble balancing on one leg. I recall my instructor telling us that balance is one of the first things to go with age. I hated the sound of that. Over time, my balance has improved but I have much more difficulty with one leg than the other whenever I’m doing leg-intensive exercises. During the assessment, sure enough, after ONE leg specific activity, it told me which leg was weaker. Later in the assessment, it said the same thing. Both times, I was feeling the strain and was actually quite pleased to hear that my personalized fitness training would improve this default.When the assessment was completed, it provided me with a “Fuel Print”: benchmark levels of fitness and athleticism. It also referenced what was average for someone my age. My fitness level landed at 52 and my athleticism at 47. For my age range (40-49), average fitness is 42 and average athleticism 21. Since it appears the goal is to fill the meter (so the higher the number the better), that metric was extremely insightful because it made me realize I am in better shape than I realize. I am my biggest critic. I wrapped up the session with a calendar of when I planned to exercise and what key drills we would focus on to improve my fitness and athleticism. This program has a LOT of potential because it provides metrics, focus and diversity. 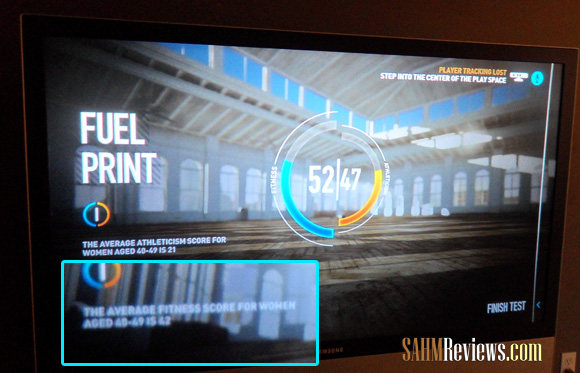 The only thing I did not like about it was that it was picking up my daughter off to the side and would say I didn’t properly complete something because she was in the picture. It’s trivial and was probably only an issue because of the assessment but since the assessment was so difficult, that really was frustrating. Our only other issue with the Kinect is that our living room isn’t big enough based on where we have the sensor placed. I noticed problems during some exercises but that isn’t a fault of the game but rather an issue with our room layout. I’m giving DH the perfect excuse to buy something flat that can go on the wall and I’m okay with that. 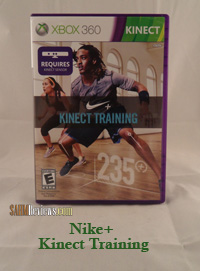 As you begin to think about New Year’s Resolutions, consider adding the Nike+ Kinect Training fitness program to your plan for success. Even if you have a gym membership, it provides diversity and responsiveness, tracking and some fun, packaged in a way that is a much different experience than you’re receiving at the gym.

Plus, you don’t have to go out in the cold.

For more information on Nike+ Kinect Training, you can visit Nike’s website, get some insight from the developers and of course, you can find it on Amazon.