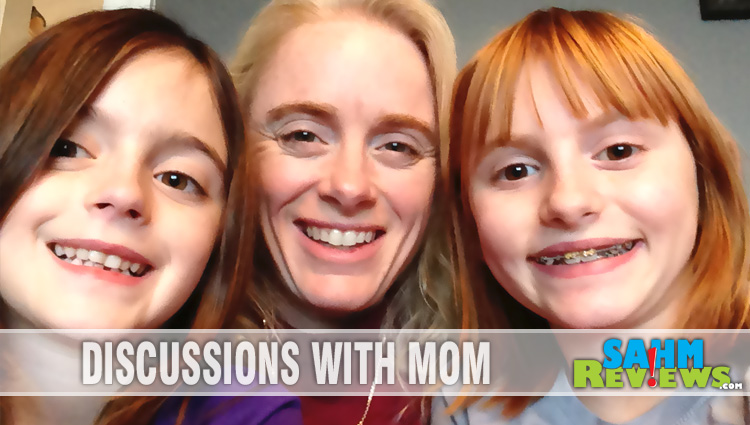 Nobody told me that having a 4th grade daughter was going to be so difficult. Yes, I expected things to be hard but not until she was in junior high!  For Pete’s sake, she’s only in 4th grade and it’s already drama-ridden. Ever since the beginning of the year, her “best friend” hasn’t been the best of friends. Actually, she hasn’t wanted to be a friend at all. They’re in the same class and by coincidence were even assigned to share lockers! But there’s another girl who also is in their class that has entered the picture. Despite Miss M’s attempts to make them the three musketeers, it just isn’t in the cards.  Her “best friend” doesn’t want it that way.

It’s sad. But a simple fact: Life is not going to get any easier for any of us.

We’ve tried to help her work through this but it only got worse the other day. Remember how I said I’m prepping the girls for their first period (whenever that may be) by putting a little cosmetic bag in her locker? The plan was that they could have it around – either in their locker or backpack – with just normal stuff in it like a brush, hair ties and chapstick. Nothing embarrassing. Then WHEN the time came, we would stock it with toiletries. Unfortunately, her locker mate decided it was taking up too much space and threw it on the floor outside the locker. Good thing it wasn’t stocked with toiletries! Miss M and I had a long chat about it and she explained how upset it made her and was worried it would embarrass her in the future.

So I talked to the teacher and explained the long-term purpose of the bag. She said “What a great idea! I wish more moms did that.” Having the conversation is one thing but preparing them physically is just as important. Long story short, she’ll be getting a new locker mate soon to ensure that she is able to have some privacy.

To make sure I was able to really be prepared and in turn, help them be prepared, I stopped in to talk to the school nurse. She assured me that they have procedures in place that help the girls transition and confirmed that 4th grade is a turning point for many girls. In the meantime, it’s back to talking to my daughters about warning signs and how to handle it when it happens – whether the first month or subsequent ones.  If you aren’t used to walking around with a purse or cosmetic bag then having one all of a sudden on the way to the restroom can be problematic. It’s important to have products that are discreet and easily fit in a pocket or backpack. The U by Kotex Tween products are just that… small but effective. The nurse also gave me some tips to pass along to my daughters. She said many girls show up and there’s a boy in the room and it amplifies the stress! “Tell her that if she comes in (to the nurse’s office) and there’s a boy in here to just tell me (the nurse) that she needs to speak with me.” Guess that’s nurse code for “Can’t talk with a boy around!”

It is unlikely that I’ll be there when it starts so I want to be the best mom I can and make sure they are ready. All that I can do is arm my daughters with the knowledge, the supplies and the attitude to deal with this when it happens.

3 comments on «Small but Effective»